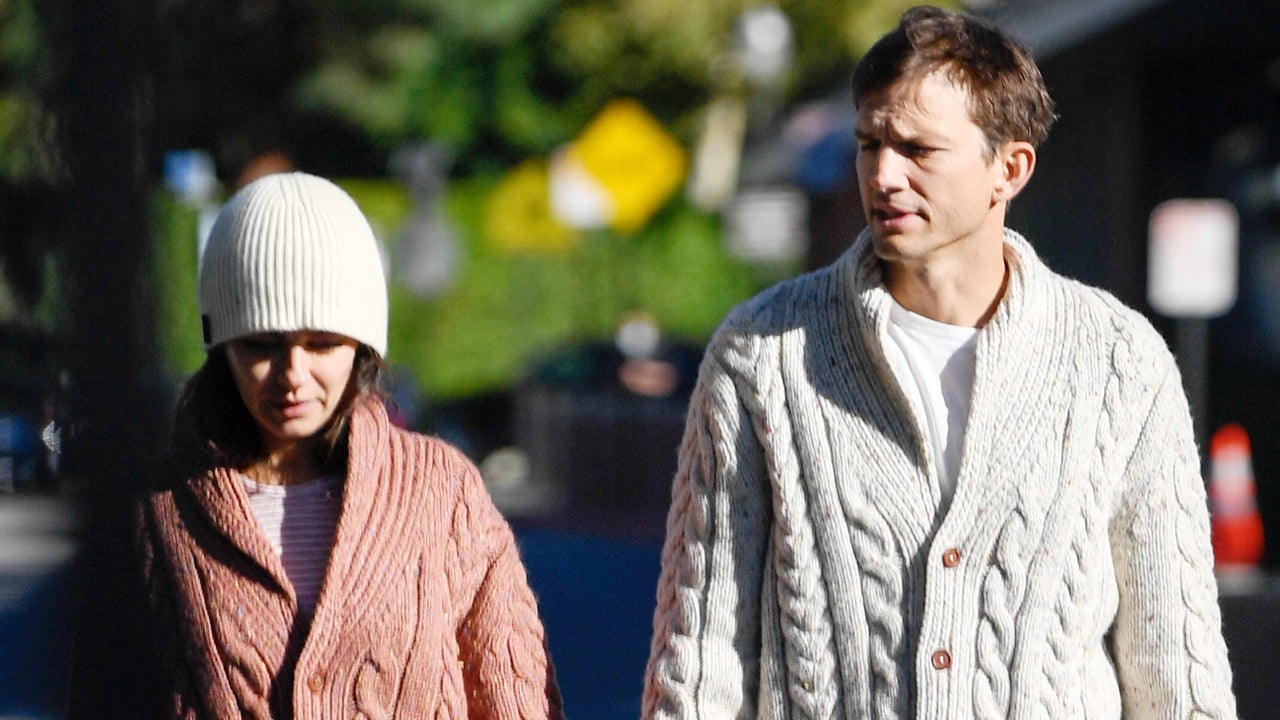 Bethenny Frankel Says Her Daughter Prefers Her Off ‘Housewives’ …

It’s sweater weather in Los Angeles (yes, that’s a thing!) and Ashton Kutcher and Mila Kunis are proof that even a leisure walk can be done with style.

The That 70s Show stars took a stroll in chilly Los Angeles this week while wearing matching cardigan sweaters. Kunis looked stylish donning an oversized shawl collar cardigan and white beanie. Kutcher opted for a more fitting cardigan with a white t-shirt underneath. The married couple and parents of two also held hands, mittens be dammed.

The outing comes less than a week after Kutcher, 44, took part in the New York City Marathon. The actor completed the 26.2-mile race and in the process raised money for Thorn, a non-profit organization dedicated to combating child sex trafficking across the globe.

Kutcher raised over $1 million for the organization through his participation and managed to complete the marathon in a time of 3 hours and 54 minutes. No word if the beer he chugged on the Today show two days before the marathon slowed him down.

In any event, there’s no denying Kutcher trained like a beast to get in shape for the big race. He told ET back in August about his dramatic transformation ahead of the marathon.

“The biggest change physically has been the transfer of muscle mass from upper body to lower body. I’ve lost about 12 pounds,” he told ET, while noting that “my wife [Mila Kunis] has been super supportive.”

Kutcher also shared that what he’s learned about himself so far in the process, which takes months of dedication and focus, is that “surrounding myself with a support system makes hard things much easier. Setting a pace that you can sustain is not the same thing as working as hard as you can.”