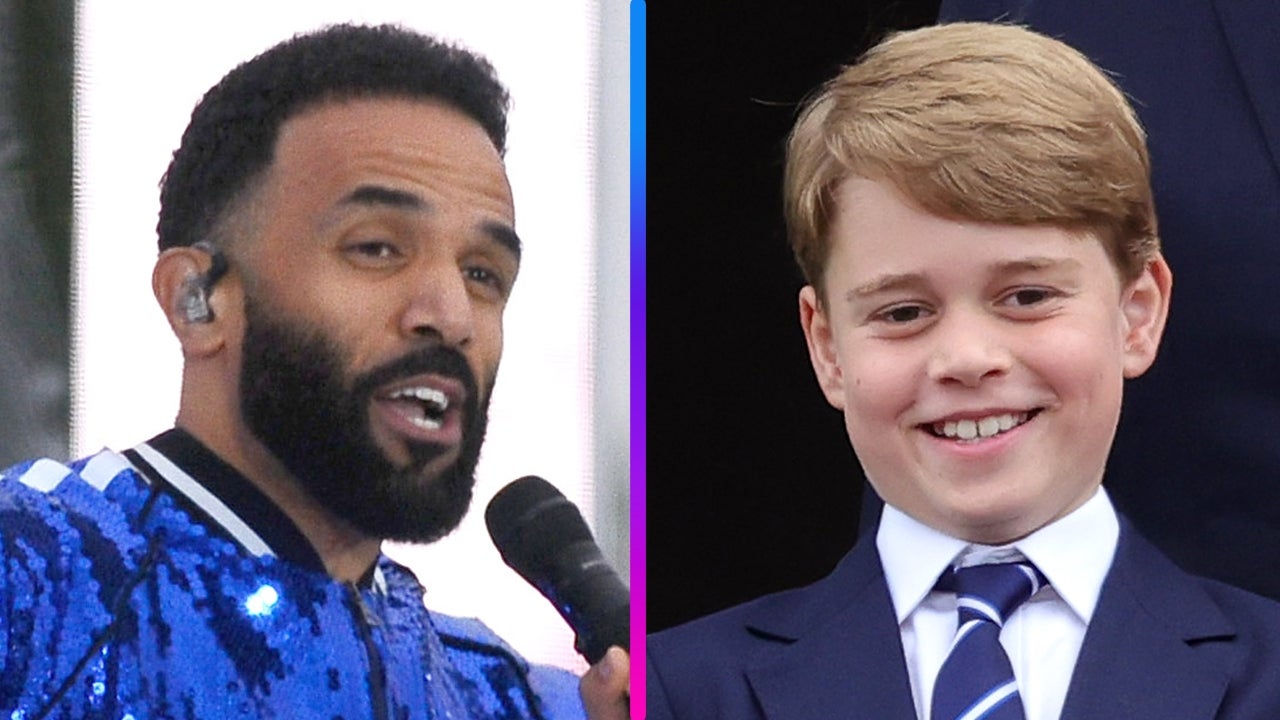 Prince George Seemingly Sticks His Tongue Out Amid Queen Elizabe…

Prince George has his eye on one very cool piece of fashion! In an upcoming episode of The Jonathan Ross Show, Craig David revealed that Prince William shared his son’s thoughts on the musician’s outfit he wore during Queen Elizabeth II’s Platinum Jubilee celebration.

“Prince William walks over, he comes over, says, ‘My son George was going crazy for the blue sequined outfit that you were wearing,” the 41-year-old musician told the host. “My mum was there, I said, ‘Lovely to meet you, love that George loved the outfit.'”

For the occasion, the “7 Days” singer rocked a matching blue sequined tracksuit. David also reflected on how the moment impacted his mother — who was along as his date.

“That moment for me, as a son [introducing my mother to William], was probably the most incredible moment for me. Then Kate comes over. Very memorable moment,” he added.

George, 9, and his sister, Princess Charlotte, 7, joined their parents William and Kate during the live music event, which also included performances by Queen, Rod Stewart and Diana Ross. George and his sister Charlotte were spotted both rocking out during the performance. William, Kate and their kids all sang along to “Queen Caroline.”

The Prince and Princess of Wales were joined by all three of their children during the events that honored the late queen — prior to her death in September.

Following the star-studded event, George joined his parents for his debut at Wimbledon. The third in line to the throne was also on hand with his parents, grandfather, King Charles III and more family as they laid the monarch to rest -following her death in September.

How Charlotte Kept George ‘in Line’ During Queen Elizabeth’s Funeral