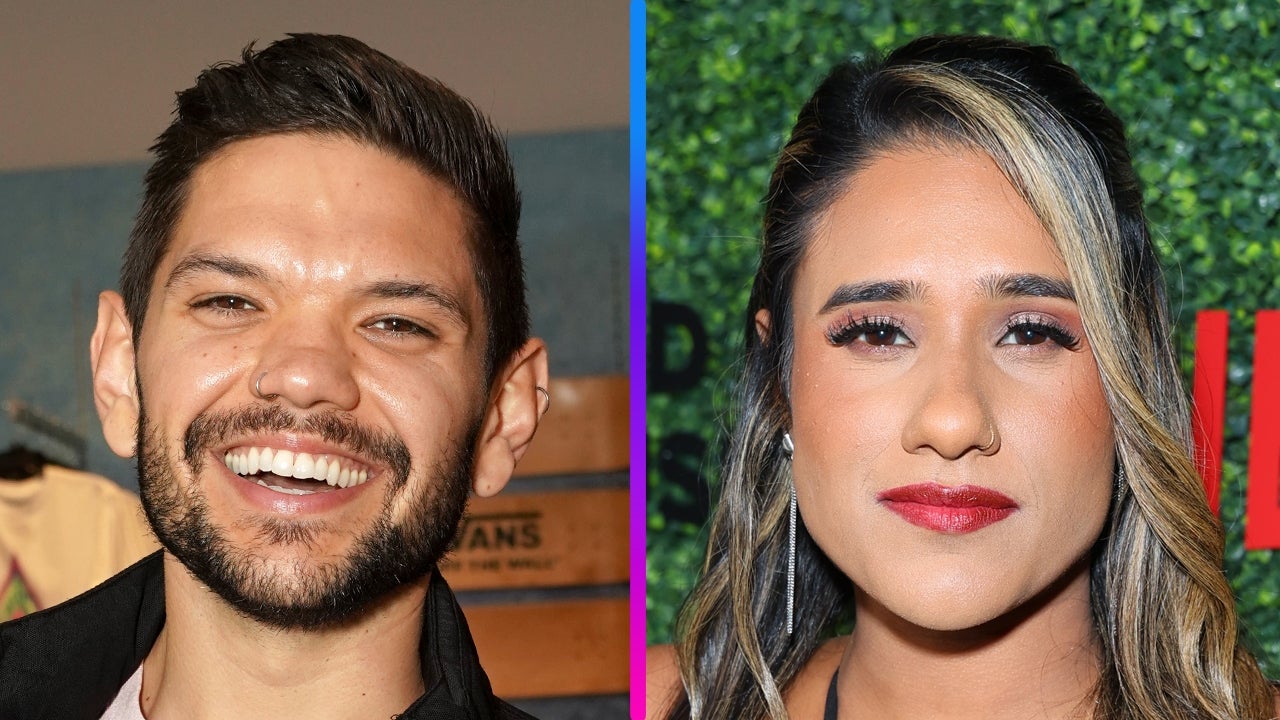 Love Is Blind‘s Kyle Abrams is moving on with someone new following his split from Deepti Vempati.

Kyle took to Instagram over the weekend to debut his new relationship with financial consultant Tania Leanos. The video, set to Tom Jones’ “She’s A Lady,” served as a highlight reel of their relationship thus far, giving fans a look at their more intimate moments, snaps from nights out and their playful back-and-forth as a couple. Kyle let the video do the talking, simply tagging his new lady love in the caption alongside a black heart emoji.

Tania shared a video of her own, showcasing some of her favorite memories with the reality star.

Kyle previously revealed that he was in a new relationship, following his split from Deepti. In September, the LIB co-stars announced that they had gone their separate ways in early summer after coupling up following the show’s After the Altar special, which focused on the will-they, won’t-they between the two, who had formed a strong bond outside the pods. At the end of the episodes, Vempati and Abrams decided to take their friendship to the next level and start dating exclusively.

As for the reason for their split, Vempati told ET that they were simply on “different paths”

“We just realized that we are walking different paths and we want different things out of life and to allow ourselves to grow and to become better people, we just knew we had to take that road alone,” Deepti shared, noting that she doesn’t harbor any resentment over the split.

“Our experience was great, but we just realized that we’re better as friends,” she added.

Both Deepti and Kyle were engaged to other people on the Netflix reality series — Deepti to Abhishek “Shake” Chatterjee and Kyle to Shaina Hurley.

Deepti famously chose herself at the altar with Shake, shooting him down after he made numerous disparaging comments about her appearance on camera. And Kyle and Shaina’s engagement never made it to the altar.

But in the reunion special, Kyle confessed his love for Deepti, saying they’d made a real connection in the pods and that he regretted not proposing to her instead.

Fans speculated about the status of their relationship for months as they were spotted out together in Chicago and often got flirty in one another’s Instagram comments.

Deepti gave fans a look into their romance in her Instagram post announcing their split, writing, “Kyle and I are now walking different paths and are no longer together. We couldn’t share these memories over the past year so sharing them now. Thank you all for your continued love and support.”

‘Love Is Blind: After the Altar’ Recap: A Couple Finally Gets Together