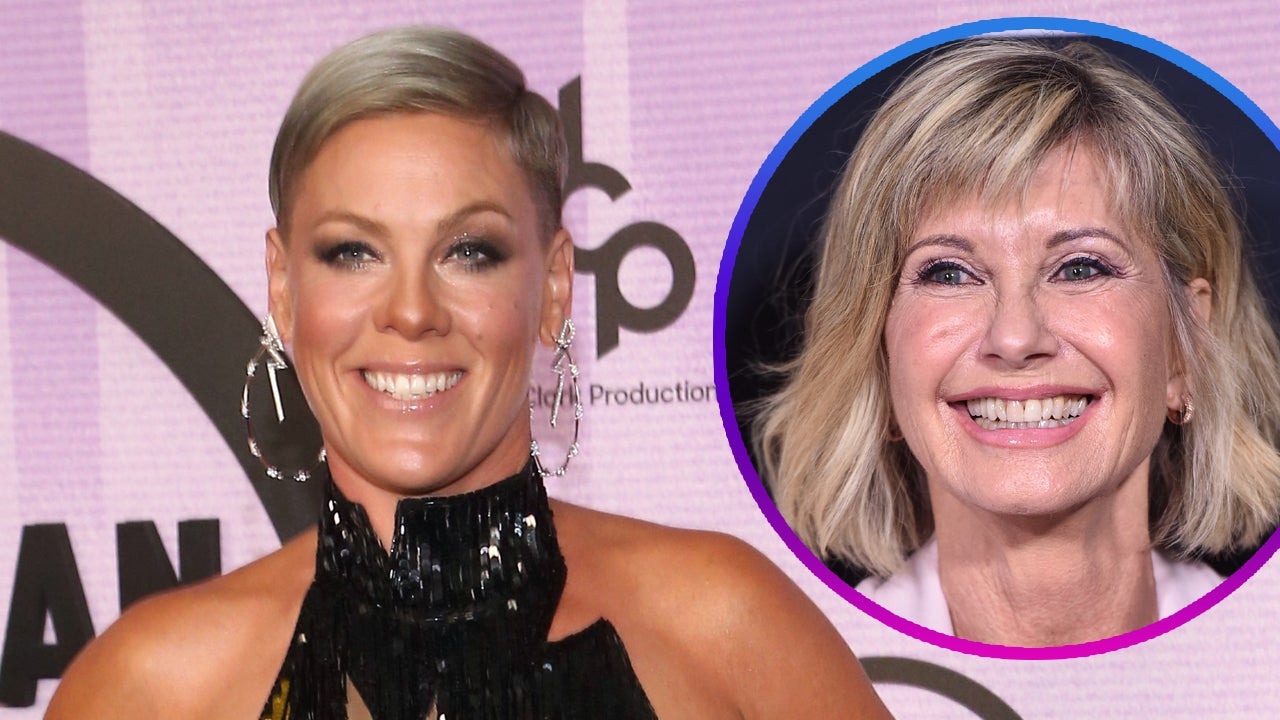 ET’s Denny Directo spoke to the “What About Us” singer on the red carpet at the 2022 American Music Awards Sunday, where she spoke about how she plans to honor Newton-John during the show’s tribute to the Grease actress, who died in August following a battle with breast cancer.

“She was an absolute icon, and also, she was a wonderful human being. I loved her voice. My daughter just got done doing Grease in her theatre production, and she actually helped me learn the song,” Pink shared.

Shortly after news of Newton-John’s death broke in August, Pink shared a similar sentiment, marking the actress and singer’s passing with a black-and-white photo of her and the 73-year-old.

“I met her maybe three times- and she was an absolute angel. One of the loveliest, kindest, light from within human beings I have ever met,” she wrote. “Kindness personified. May she Rest In Peace and may her family be held in love and light during this difficult time.”

In addition to her AMAs tribute to Newton-John, Pink is also set to perform her new single, “Never Gonna Not Dance Again,” and like her high-flying performances at AMAs past, the 43-year-old pop star is preparing to put on a show and a pair of skates.

“It’s possible,” Pink said when asked if viewers can expect to see her on skates as she attempts to recreate the song’s epic music video. “I like to give people a reason to pray.”

“AMAs always lets me do really wild stuff,” she added. “I was walking to the elevator at the hotel, like a week ago, for Rock and Roll Hall of Fame, and the guy that was helping me with the elevator was like, ‘Hey, last time you were here, you were hanging on the outside of the building.’ I was like, ‘How many people do you get to say that to?'”

And she’ll have her family by her side for it all, with the singer’s husband, Carey Hart, and their two kids, Willow, 11, and Jameson, 5, joining the busy mom at Sunday night’s show.

“I’m pulling double duty, but I love it,” she said of turning the night into a family affair. “I wouldn’t have it any other way.”