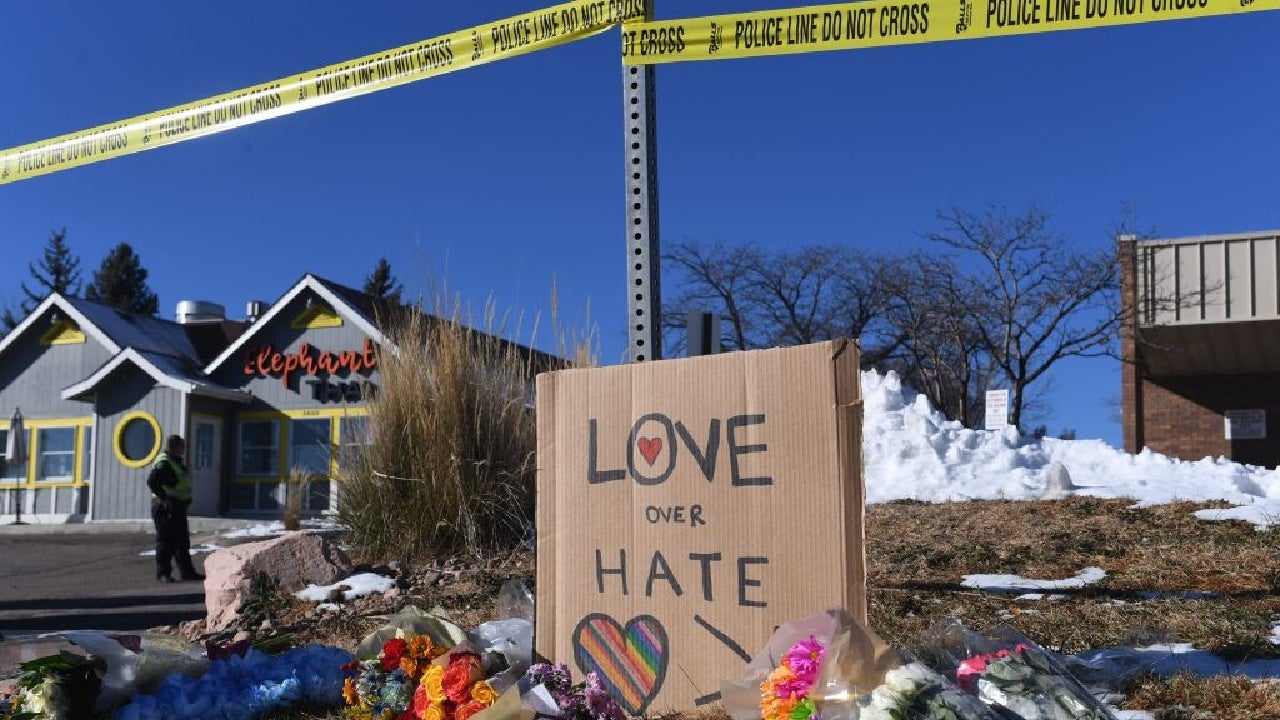 A 22-year-old gunman opened fire in a gay nightclub in Colorado Springs, killing five people and leaving more than two dozen injured before he was subdued by “heroic” patrons and arrested by police who were on the scene within minutes, authorities said Sunday.

At a news conference Sunday morning, Colorado Springs Police Chief Adrian Vasquez identified the suspect as 22-year-old Anderson Lee Aldrich, who was being treated for injuries.

Describing the nightclub, Club Q, as “a safe haven for our LGBTQ citizens,” Vasquez said the suspect began shooting at patrons immediately after he entered the venue. As he moved further inside, at least two people confronted and fought him, stopping him from firing. The suspect used a “long rifle” and authorities found at least one other firearm when they arrived at the scene, according to the police chief.

City officials said 25 people in total were injured, and at least two people remained in critical care on Sunday morning. Police say some people were injured while trying to flee the club, and it was unclear if all those injured were shot.

Investigators were still determining a motive, and the attack was being investigated to see if it should be prosecuted as a hate crime, said El Paso County District Attorney Michael Allen. Charges against the suspect “will likely include first-degree murder,” he said.

The violence is the sixth mass killing this month and comes in a year when the nation was shaken by the deaths of 21 in a school shooting in Uvalde, Texas.

In response to the shooting, President Biden again called on elected officials to take action to stop gun violence and reiterated the need for a ban on assault weapons. He also lamented that the shooting joins other violent attacks on the LGBTQ community, including the 2016 attack at the Pulse nightclub in Orlando, Florida, and against transgender women.

“Places that are supposed to be safe spaces of acceptance and celebration should never be turned into places of terror and violence. Yet it happens far too often,” he said in a statement. “We must drive out the inequities that contribute to violence against LGBTQI+ people. We cannot and must not tolerate hate.”

Colorado Gov. Jared Polis, who was in COVID-19 isolation, called the shooting “horrific, sickening, and devastating” in a statement, and said that “every state resource is available to local law enforcement in Colorado Springs.”

“We are eternally grateful for the brave individuals who blocked the gunman, likely saving lives in the process, and for the first responders who responded swiftly to this horrific shooting,” Polis said.

Club Q is a gay and lesbian nightclub that features a “Drag Diva Drag Show” on Saturdays, according to its website. In addition to the drag show, Club Q’s Facebook page said planned entertainment included a “punk and alternative show” preceding a birthday dance party, with a Sunday “all ages brunch.”

Drag events have become a focus of anti-LGBTQ rhetoric and protests in recent months as opponents, including politicians, have proposed banning children from such events and falsely claim they’re being used to “groom” children.

Attorney General Merrick Garland was briefed on the shooting, Justice Department spokesman Anthony Coley said. The FBI said it was assisting but said the police department was leading the investigation.

Although a motive wasn’t yet clear, nor were the gender identities of the victims, the incident came as anti-gay rhetoric has intensified by extremists. In a statement, Club Q termed the shooting a hate attack.

“Club Q is devastated by the senseless attack on our community,” the club posted on its Facebook page. It said its prayers were with victims and families, adding: “We thank the quick reactions of heroic customers that subdued the gunman and ended this hate attack.”

The CEO of a national LGBTQ-rights organization, Kevin Jennings of Lambda Legal, reacted with a plea for tighter restrictions on guns.

“America’s toxic mix of bigotry and absurdly easy access to firearms means that such events are all too common and LGBTQ+ people, BIPOC communities, the Jewish community and other vulnerable populations pay the price again and again for our political leadership’s failure to act,” he said in a statement. “We must stand together to demand meaningful action before yet another tragedy strikes our nation.”

The shooting came during Transgender Awareness Week and hours before Sunday’s International Transgender Day of Remembrance, when events around the world are held to mourn and remember transgender people lost to violence. The Colorado Springs shooting is sure to bring special resonance to those events.

Pride: The 40 Best LGBTQ TV Shows of the Past Decade