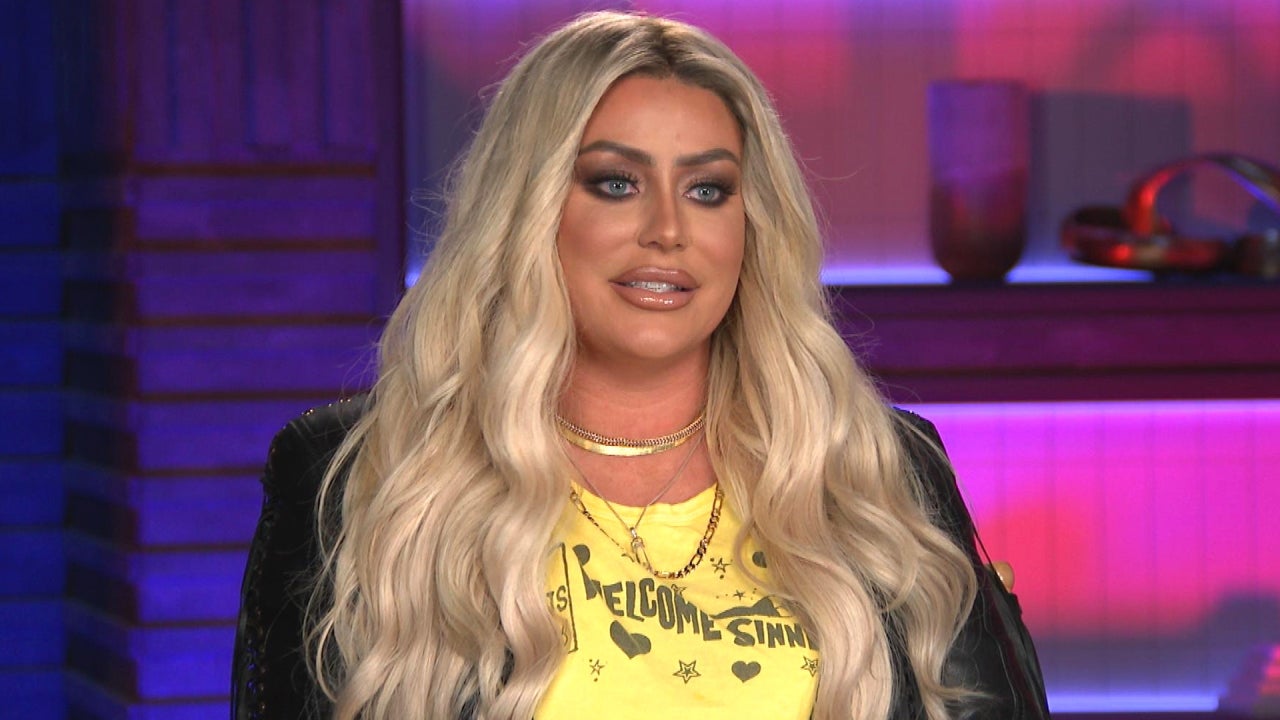 Aubrey O’Day isn’t afraid to talk about her famous exes. Her new single, “Couple Goals,” which is out Monday, is all about her past relationship with DJ Pauly D.

The former couple dated from February 2016 to July 2017 and appeared together on Marriage Bootcamp: Reality Stars. Now O’Day, 38, is singing about her ex and his new relationship with Nikki Hall.

“I feel that I was gracious with what I put in the song,” O’Day tells ET’s Nischelle Turner, confirming the lyrics were about Pauly D.

O’Day added that she did not give the Jersey Shore star a heads up about her new music.

“He had me blocked on everything the second that [we broke up],” she says. “The pictures were off the Instagram, and I didn’t know the phone number an hour later.”

In her new song, O’Day addresses Pauly D’s new girlfriend with the lyrics, “Poor, poor girl, you think you’ve got the whole world, but he’s just giving you the same show, same story as before.”

She hasn’t heard from her ex about the tune, but notes, “He’s still living in his ego, likely, so he’ll respond with that. I don’t have one anymore.”

O’Day also talked about her alleged affair with Donald Trump Jr., which she has previously claimed happened in 2011 during his marriage to Vanessa Trump.

“Until the day that it was over, I felt like it would never be over. It was very intense,” she says of their alleged romance. “I had a two, two-and-a-half-hour conversation after it was over and I taped the whole thing. I’ve been in therapy over it for years now. I’ve played it, just sat with my therapist and played it and analyzed it.”

O’Day is also recovering after struggling for years with an addiction to the sleeping pill Ambien.

“What I learned at 17 was Ambien. I couldn’t sleep on planes. I was the only one in Danity Kane who thought she was going to die on an airplane because she listened to that Alanis Morissette song too many times as a child,” she says, referencing Morissette’s hit song, “Ironic,” which has the lyrics, “He waited his whole damn life to take that flight and as the plane crashed down, he thought, ‘Well, isn’t this nice?'”

Noting that she used to take “three to four planes a day” while in the girl group Danity Kane, O’Day said that she was prescribed Ambien to help her get some rest.

She said it took two weeks of “PTSD ‘shrooming” to help her kick her Ambien addiction. Despite her struggles while in the girl group, O’Day said she’s always up for a reunion.

“I would forever be back with Danity Kane. I’m the one that’s brought us back every time, and I’m not the reason why it was ended either,” she shares. “I don’t care if I don’t get along with any of them, but I do. But if I didn’t, I would always want it to come back. Will it? No. The other girls don’t feel the same way I feel.”

Aubrey O’Day Leaves the U.S. for a ‘New Life’