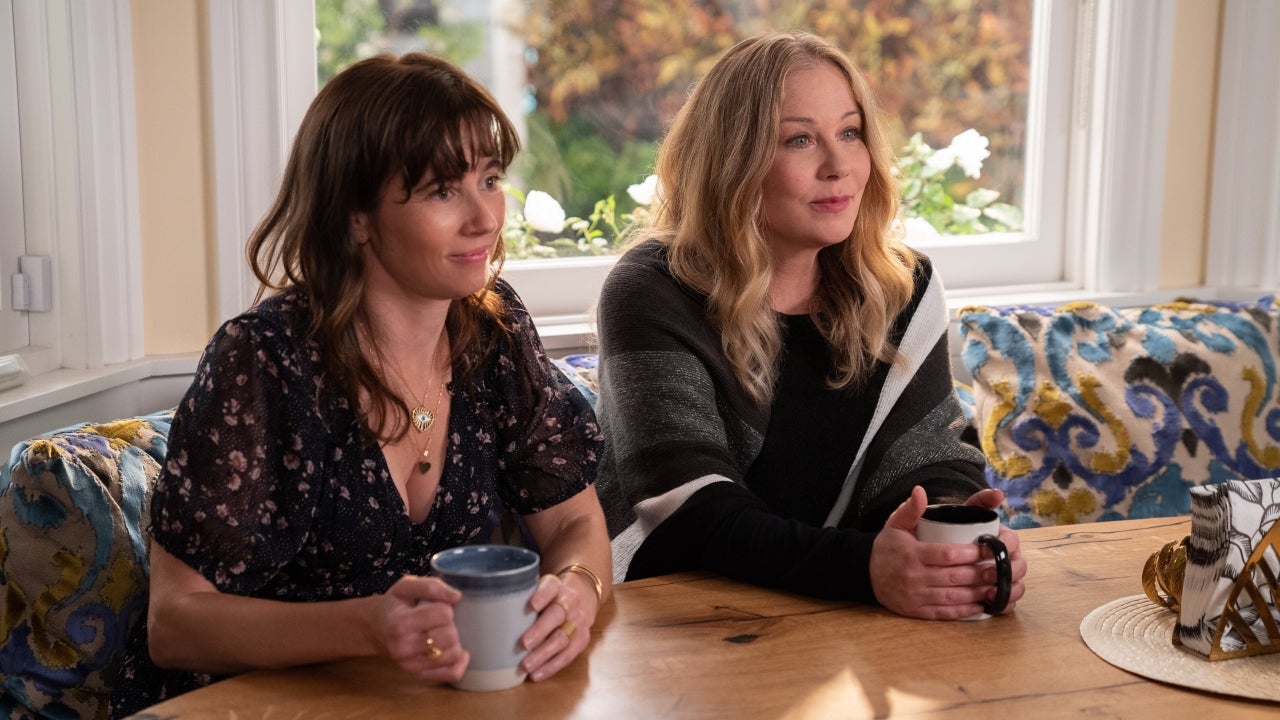 Spoiler alert! Do not proceed if you have not watched the final season of Dead to Me.

It was a bittersweet send-off for Dead to Me.

The Netflix dark comedy went out on an emotional high in the final moments of the series’ final episode, with Christina Applegate‘s Jen tearfully grieving the loss of her BFF, Judy (Linda Cardellini), who was diagnosed with terminal cervical cancer earlier in the season. Later, as the newly pregnant Jen and Ben (James Marsden) lay out on lounge chairs, she turns to him to seemingly reveal a long-nagging secret. “I have to tell you something,” she says to him before the screen fades to black.

While it’s unclear what exactly Jen was about to share with Ben, the first inclination would be that she was finally coming clean about her role in Steve’s death. Like Judy’s fate, which was intentionally left ambiguous, on Dead to Me, anything goes.

“I knew from when we were shooting season 2,” Cardellini told ET’s Will Marfuggi of Judy’s unexpected cancer diagnosis and tragic fate. “[Creator] Liz [Feldman] had told me what the idea was and she was like, ‘I’m not sure, but I think I’m gonna do this,’ and I said, ‘Great,’ ’cause whatever she thinks of just magically becomes this really interesting, fun thing to play.”

“I knew that there would be, not only would it be something that I get to play, but it also would have greater meaning for the entire show,” the actress noted. “And I think because of Judy’s journey, you sort of understand… the themes of the show, which is friendship, grief, love, loss, forgiveness. So I think that because of what happens, it really pinpoints that for us so I was as happy as you can be about it. I thought it worked out.”

The actress acknowledged that because you don’t actually see Judy in her final breaths onscreen, there will inevitably be speculation that she’s actually not dead. Cardellini, for her part, welcomed the uncertainty.

“I think that’s the point of it too. I think it is ambiguous on purpose,” she said. “I hesitate to say what I truly think because that also can color somebody else’s narrative of what they think happens just because I play her. But I think it was purposefully crafted that way so that you make your own assumptions about what happened and where she goes, whether that’s here on Earth or not.”

Marsden offered his opinion on what Jen was about to spill to Ben in the series’ closing scene, agreeing with Cardellini’s point about it being left intentionally unclear.

“I don’t want to color that interpretation for any of the viewers. I mean, I’ve had my own personal thoughts and feelings about what his reaction would be [if she was telling him about Steve], but I feel like when you’re making art, sometimes it’s nice when you don’t have everything tidied up with a little bow on top ’cause there is ambiguity and there’s sort of an abstract nature to that,” he explained. “It also can be part of the art that you’re presenting and I know that’s a kind of like running around the question kind of answer, but I do believe it can offer up conversation afterwards with everyone who watches it together.”

As Cardellini offered, the way the serieswraps up aligns with the DNA of the show. “It’s also very Dead to Me ’cause we always have some kind of little question unanswered,” she said.

Though this may be it for the gang of Dead to Me, Marsden hopes the ending gives viewers some feeling of closure to Jen and Judy’s stories.

“We keep talking about how bittersweet this is and how much of a family we’ve become and our friendships have grown through this professional working relationship it started as. And now we’re closing the book on this story,” Marsden said. “We get emotional, I get emotional thinking about it. But I think the audience is gonna love what we have and everyone poured their hearts and souls into it. So I hope this is as rewarding to them as it is for us to present to them.”

Dead to Me is streaming now on Netflix.

‘Dead to Me’: Forgot What Happened? Here’s Where Jen and Judy Left Off

‘Dead to Me’ Final Season Trailer: Jen & Judy Are in Big, Big Trouble