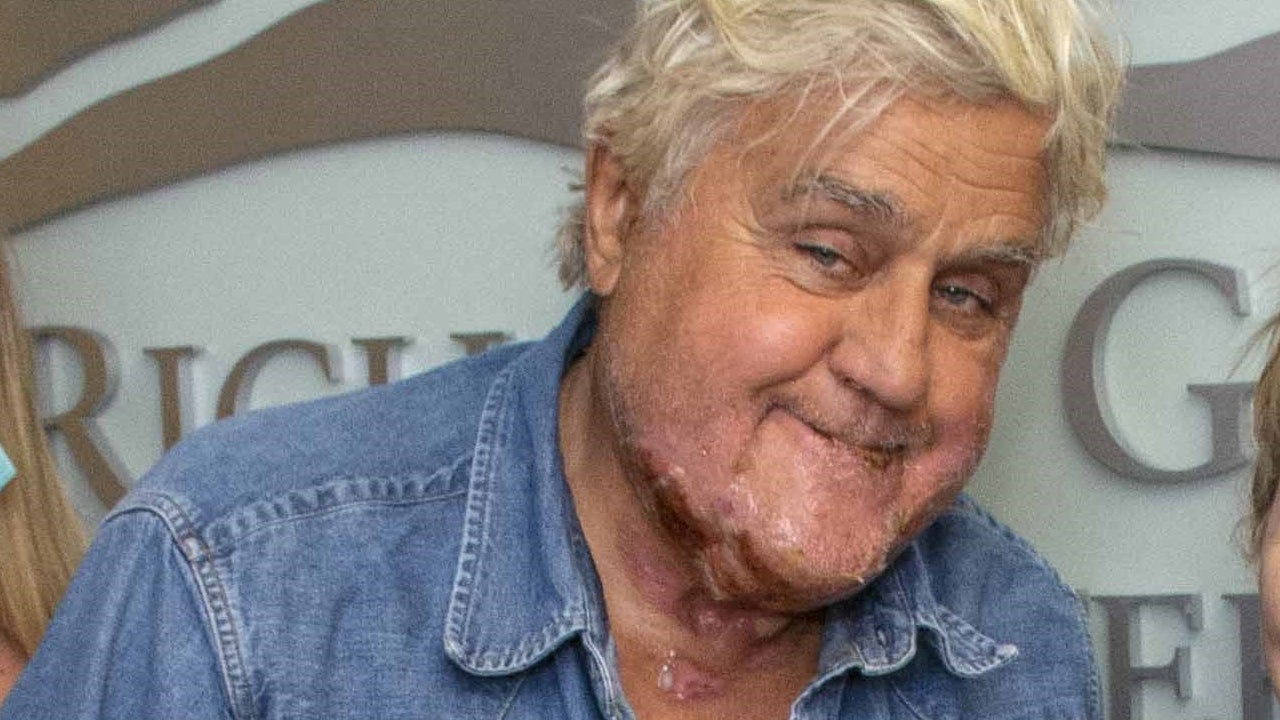 Jay Leno was seen for the first time on Monday as he said goodbye to the care team at the Grossman Burn Center where he was recovering from third-degree burns to his face, chest and hands. The comedian and former late-night talk show host was seriously injured during a fire that occurred while he was working on one of his cars in his garage.

After a 10-day stay at the facility, Leno will receive follow-up care at the Grossman Outpatient Burn Clinic. “I am pleased with Jay’s progress, and I am optimistic that he will make a full recovery,” Dr. Peter Grossman shared in a statement to the press.

Additionally, Leno “would like to let everyone know how thankful he is for the care he received, and is very appreciative of all of the well wishes” as he prepares to spend the Thanksgiving holiday with his family and friends.

Last weekend, the 72-year-old was burned when a fire broke out in his Los Angeles, California, garage. “I got some serious burns from a gasoline fire. I am OK,” Leno told ET at the time. “Just need a week or two to get back on my feet.”

In a statement, the Burbank Fire Department said, “On Saturday, November 12th, 2022 at 12:28 PM, Burbank Fire Department (BFD) was dispatched to an emergency medical call for service at the 3100 block of N. Damon Way, Burbank, CA 91504. After arriving on scene, BFD resources assessed and treated one adult male patient. The patient was transported to a local Emergency Department.”

While speaking to ET, George Swift, who works with Leno at the garage, explained more about the incident. “It was a steam car. This steam was made by gas. It got sprayed, as a gas,” Swift said. “[Leno] called me and he told me there was a fire and the fire department is coming.”

Swift told ET that Leno never lost consciousness during the incident and added, “He’s a tough guy. He’s going to be fine. It’s nothing life-threatening. He’s in great spirits. But, you know, it’s going to take a while… He’s in the burn center. He’s getting the best care.”

Leno then checked into the Grossman Burn Center at the West Hills Hospital in Los Angeles. “Jay wants everyone to know that he is in stable condition and receiving treatment at the Grossman Burn Center for burns that he received to his face and hands from a gasoline accident in his garage over the weekend,” the hospital’s spokesperson said in a statement. “He is in good humor and is touched by all the inquiries into his condition and well wishes. [He] wants to let everyone know he is doing well and is in ‘the best burn center in the United States.'”

Dr. Peter Grossman, a renowned expert in the comprehensive treatment of burn injuries and director of the prestigious burn center, spoke to ET about Leno’s status and recovery, explaining that he sustained “significant injuries” but is still “doing very well.”

“He’s got a very strong attitude. He’s a very strong individual,” Grossman shared. “And he’s a person who really is looking to move forward, to try to find a way to get past this episode of his life and to get back to what he normally likes to do, which is to be out there and entertain and be with the people. I think at some point soon he’ll get there, but I’ve had to tell him that, for the time being, he needs to sit back and take care of Jay.”