JoJo Siwa Wears Bright Feathered Wings and Horns as a Tribute to Elton John at His Last U.S. Show 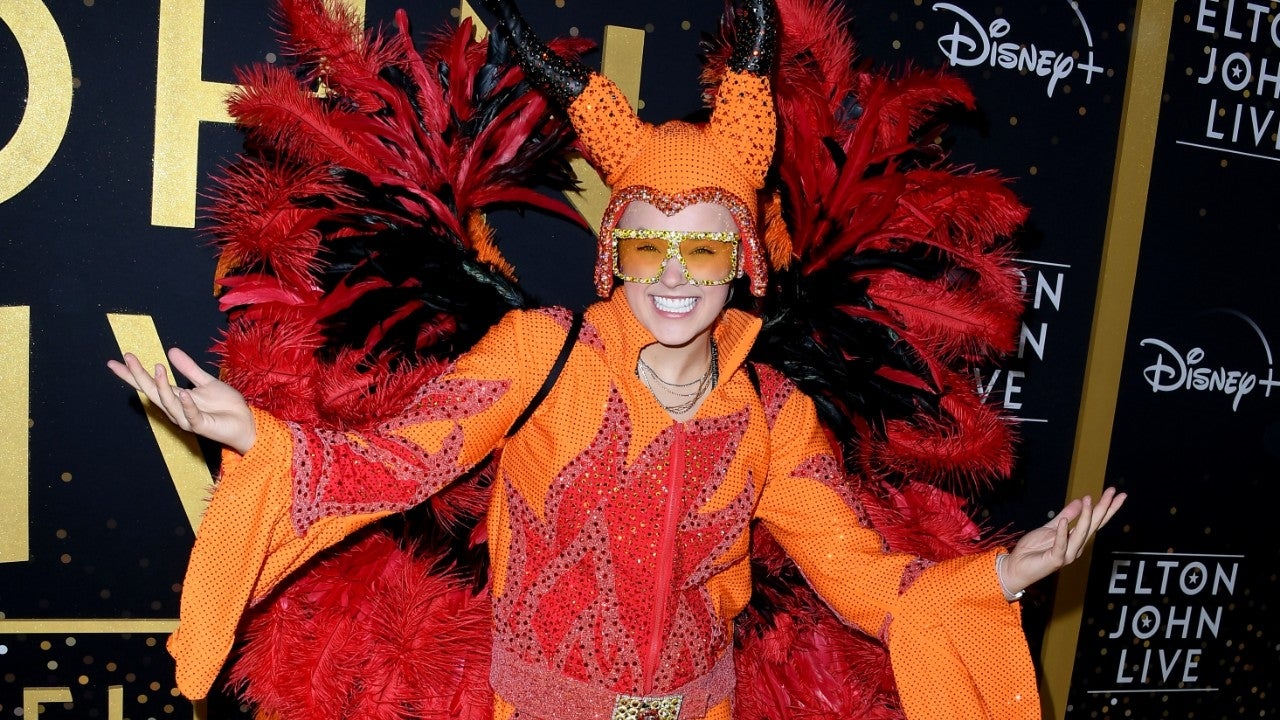 True to form, 19-year-old Siwa went all out, recreating a vibrant look from the 2019 film Rocketman, a biopic about John’s life starring Taron Egerton.

Full out for Elton John Tonighr???

Though the ensemble wasn’t technically one of John’s signature flamboyant styles, it was worn by Egerton in the film as he left a Madison Square Garden show to attend rehab, a through line featured throughout the movie.

Siwa posed in the bold look on the “yellow brick road” carpet at the event, which she attended with her parents, Jessalynn and Tom Siwa, and her girlfriend, Avery Cyrus.

Sunday’s show marked John’s final performance in the United States, and it streamed live on Disney+.

Elton John at Dodger Stadium: How to Watch His Final U.S. Show Online