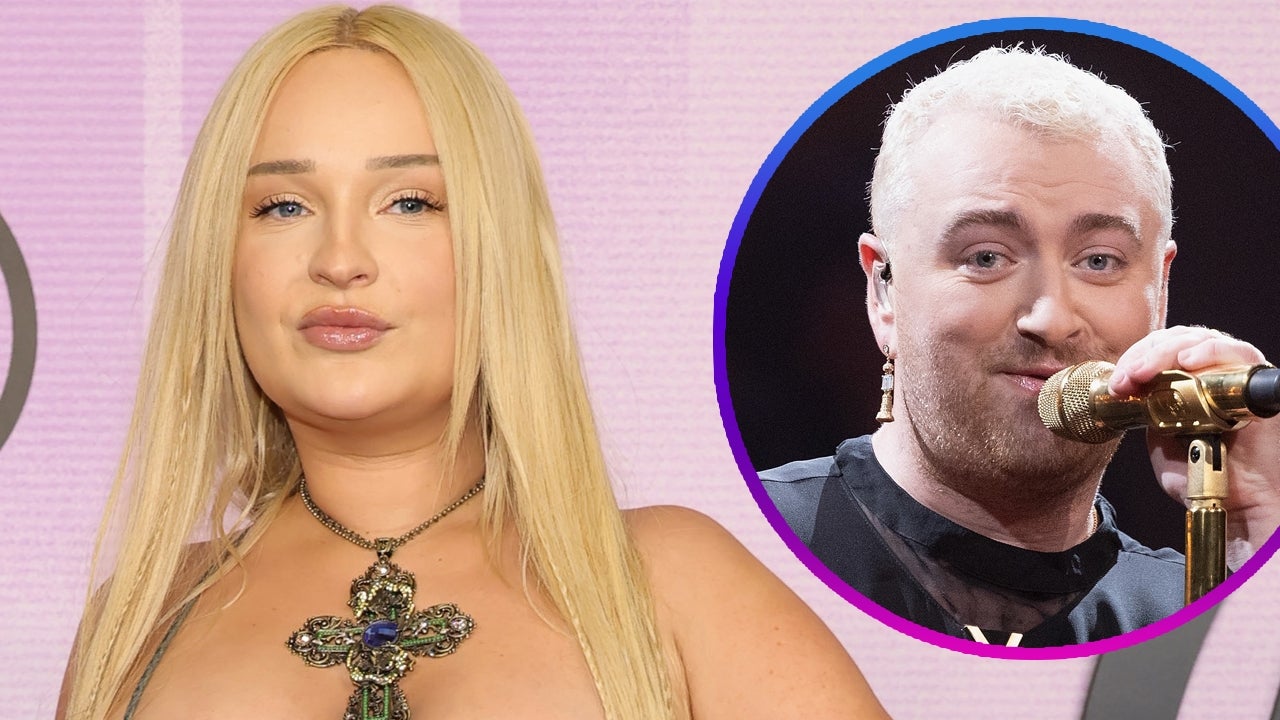 Kim Petras is thankful for Sam Smith! ET’s Denny Directo spoke to the 30-year-old singer at the 2022 American Music Awards on Sunday and gushed about “Unholy,” the track they released in September.

“I love Sam so much. I really love this song and everything it stands for, everything Sam stands for,” Petras told ET. “It was such an amazing collaboration and just kind of the perfect storm.”

As for the track going viral on TikTok, Petras called watching fans’ posts “the absolute best.”

“I don’t have to do anything. You guys are the creative ones, you know?” Petras said of her fans. “We make the song and then the fans kind of do their thing with it and that’s just the best feeling in the world.”

It’s not just on TikTok that the song is a hit, though. It also earned Smith and Petras a GRAMMY nomination for Best Pop Duo/Group Performance.

“I was in my room getting ready for rehearsals,” Petras recalled of where she was when she found out about the nomination. “[People] ran upstairs and filmed me and I was, like, screaming.”

Smith was likewise delighted by the nomination, tweeting, “To be Grammy nominated for THIS song, with THIS artist… hits different ? congratulations my angel love @kimpetras.”

“Thank you, Sam,” Petras told ET of Smith’s tweet. “I feel the exact same way about being nominated with you.”

While she waits for the GRAMMY Awards in February, Petras is thrilled to be in attendance at the AMAs and sporting an all-denim look by Bluemarine.

“It’s very rock ‘n’ roll with the matching bag,” she said. “… Can’t go wrong Blumarine. Thank you for letting me wear this. I’m obsessed with this collection. I saw this dress I was like, ‘I need to wear it.'”