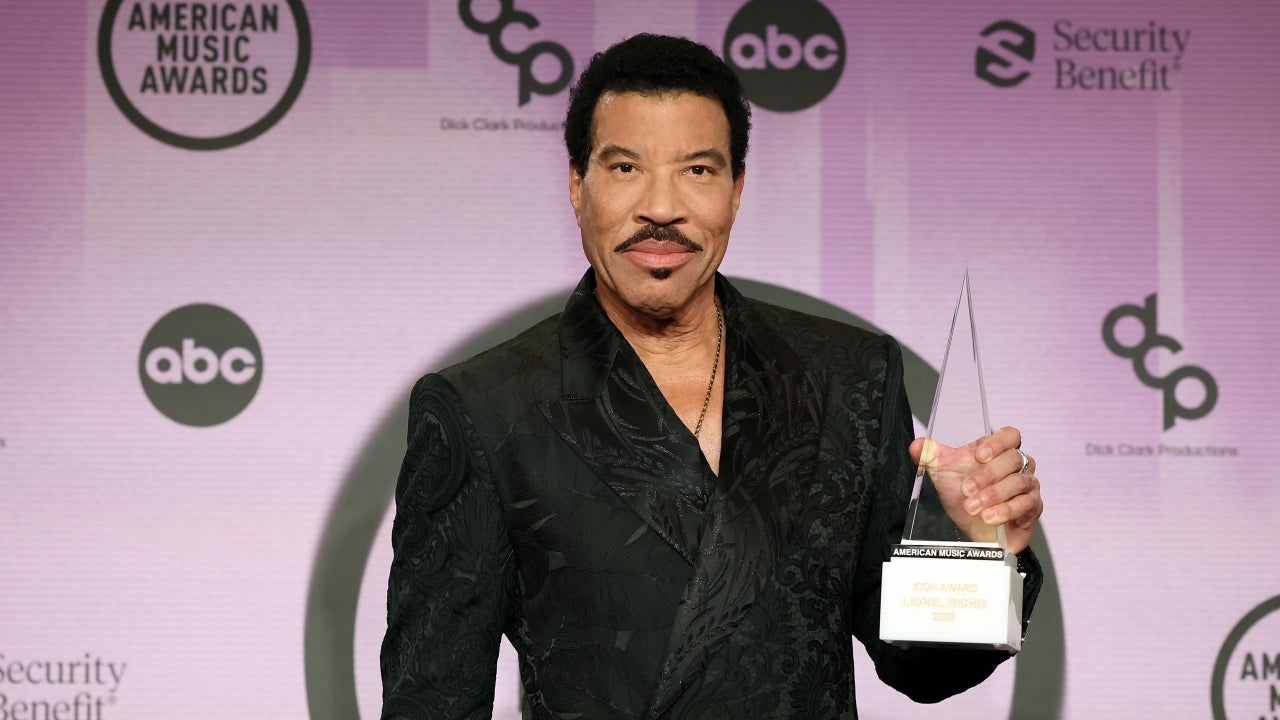 Lionel Richie has been honored with the prestigious Icon Award at the 2022 American Music Awards.

“I’m so honored to be here, giving this award to my brother, my friend,” Robinson told the crowd, lauding Richie as a “legend.” “But before he became all that, I knew him as the guy with the biggest afro in the Commodores.”

“Simply put, there have been few careers that have had as much diversity as Lionel Richie,” he added. “He has mentored and inspired countless musicians.”

When Richie took the stage to accept his award, he marveled at the full-circle moment for his career.

“My AMA family started with Dick Clark,” he continued, “then of course from there, my family. I wanna thank my kids, and the mothers of my kids, for keeping my kids together.”

Richie also thanked the friends that have been his support system along the way, before sending a message to the “young superstars” in attendance at this year’s AMAs.

Richie’s honor was accompanied by a tribute performance by Stevie Wonder and Charlie Puth, who took the stage for dueling piano performances of Richie’s biggest hits.

ET’s Denny Directo caught up with Richie on the red carpet ahead of his big moment, where he noted how special it was to receive the Icon Award at the AMAs.

As for how the award has caused him to reflect on his more than 50-year career, Richie offered a few wise words, saying that he felt “very blessed.”

“It’s two things: You can be famous, or you can survive the famous,” he noted. “I survived the famous. So tonight is going to be one of those wonderful cases where I get to sit and enjoy this.”

“Of course, I’ve got more stuff to do,” he added. “When they give you awards like this, you go, ‘Are you saying farewell? I mean, what does this mean?’ This is not the retirement plan. But I mean, come on. It’s really a great time in my life and my family.”

Having longtime friend Stevie Wonder involved in the tribute, Richie said, made him feel extra blessed.

“I mean, when I was in college before I had any notion of being a writer, I was buying Songs in the Key of Life and knowing where I’m going and then all of a sudden, flash, we are now at this tribute,” he reminisced with a laugh. “I mean, Mr. Wonderful — that’s what I call him — we’ve been friends forever. Smokey [Robinson], been friends forever. I’m in this very unique club. And I’m very blessed to know him and when he’s doing this, I mean, you have to understand how I feel.”

The Icon Award is given to an artist whose body of work has made a global influence on the music industry and the world. This award now marks Richie’s 18th AMA. It’s a history-making feat, as he’s now the only artist to take the AMAs stage in every decade since the show’s inception nearly five decades ago. He also holds the record for most music video AMAs, with six.

Richie’s left an indelible mark — and continues to do so — in the music industry, selling more than 125 million albums worldwide as a venerable songwriter and performer, first with the Commodores and the group’s 1979 hit single “Three Times a Lady.”

He’d eventually break off and earn unparalleled stardom as a solo artist with hits like “Endless Love,” “Truly” and “All Night Long (All Night). His track “Endless Love” earned an Academy Award nomination for Best Original Song for the 1981 film of the same name. He’d go on to earn an Oscar win (not to mention a Golden Globe) just a few years later for his “Say You, Say Me” track in the 1985 film White Nights.

All in all, the four-time GRAMMY winner has earned a whopping 12 No. 1 hits and 13 top 10 hits on the Billboard Hot 100 Charts. He’s also collaborated with the best of them, including his late friend Kenny Rogers, Diana Ross and Barbra Streisand.

“Lionel Richie has had a profound impact on countless people around the world and on the music industry as a whole,” said executive producer and showrunner Jesse Collins. “From the millions of dollars raised due to ‘We Are the World’to the global influence his unique sound still has today, Richie is the definition of a living legend and honoring him with the AMAs Icon Award is a no-brainer.”

Smokey Robinson Jokes About Being Mistaken for Lionel Richie at AMAs