Michael J. Fox Shares the Career Moments That Meant the Most to Him (Exclusive) 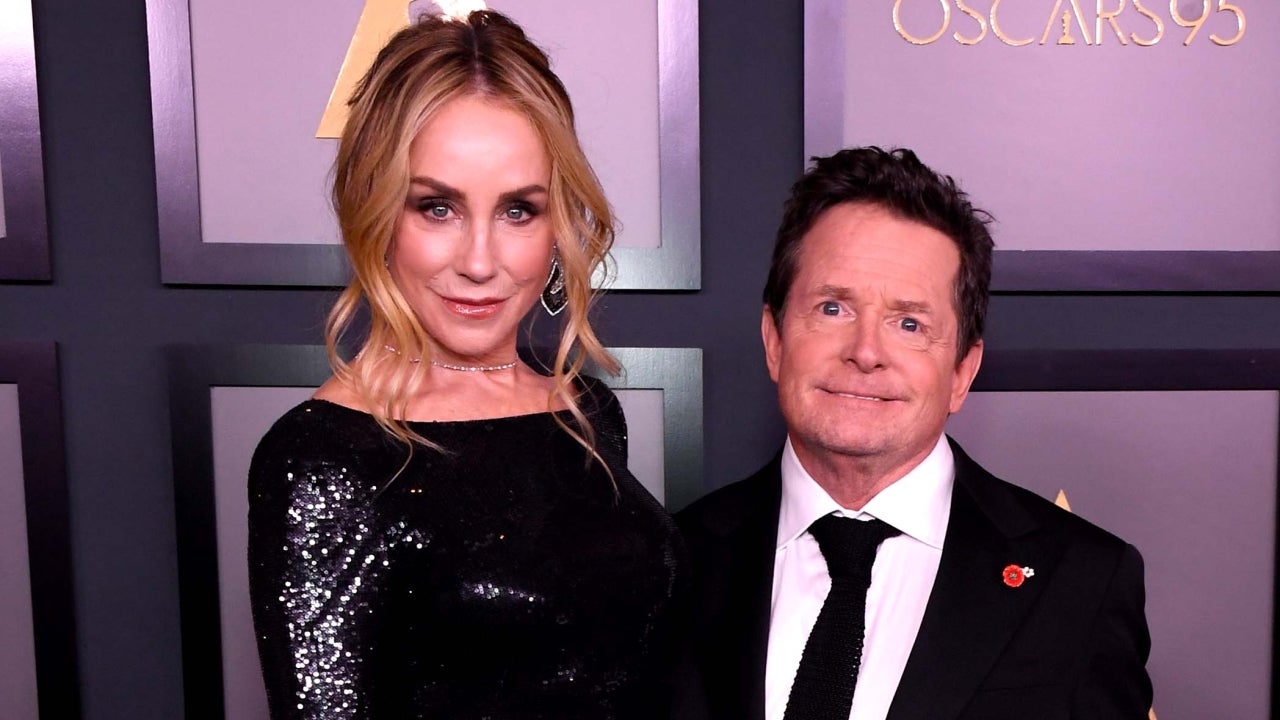 Michael J. Fox is looking back at some of his favorite moments as an actor.

The 61-year-old star accepted an honorary Oscar, the Jean Hersholt Humanitarian Award, during the Academy of Motion Picture Arts and Sciences’ 13th Governors Awards in Los Angeles, California, over the weekend, and looked back at his decades-long career in Hollywood with ET’s Will Marfuggi.

When asked about the projects that hold a special place for him, Fox was sure to call out the show where he first met his wife, Tracy Pollan, who was with him at the event. “I have to say two things. One thing, Family Ties is where I met Tracy,” Fox said, adding, “And Back to the Future, which is just once in a lifetime.”

Pollan chimed in, “Back to the Future, that was a good one.”

Michael J Fox and Tracy Pollan on the set of the television series ‘Family Ties’ in 1986.Universal Studios/Getty Images

Fox received a standing ovation upon emotionally accepting his award on Friday night and told ET that the honor was “really nice.”

“To hold on and put things around this in my career. I mean, to be recognized by this community, [which] can gather forces and attack problems, settle problems and make a difference — and that’s including not me but for me. It’s cool. That’s great they wanna give it to me,” he shared.

As for how the couple’s four kids, Sam, Aquinnah, Schuyler and Esm?, feel about their dad’s honor — which was given to him for his work with The Michael J. Fox Foundation and his dedication to finding a cure for Parkinson’s disease, which he is living with — Pollan added, “I think that it has so much meaning because of what the work that Michael’s done, and they also have done a lot of work and I’ve done a lot of work with the foundation. It just feels like a very special way to celebrate that and also to bring more attention to the Parkinson’s community and the work that still needs to be done.”

Fox was diagnosed with Parkinson’s disease in 1991 when he was just 29 years old. Since then, he’s become a vocal advocate of funding research and increasing awareness for the disease, raising a staggering $1.5 billion over the last two decades. Last month, Fox told ET that he’s feeling “good,” though every day brings something new to tackle.

“I don’t think there’s anything like a typical day at all, ever,” he shared. “Not to get too heavy about it, my health issues have given me every different day, so it’s been how I deal with that. It can be different but consistently, it’s good. I mean, I love my family, I love my work, I love my situation. I’m happy.”

Michael J. Fox Shares His Idea for a ‘Back to the Future’ Remake