‘Sister Wives’ Recap: Christine Breaks Down in Tears After Tense Goodbye With Kody and Robyn 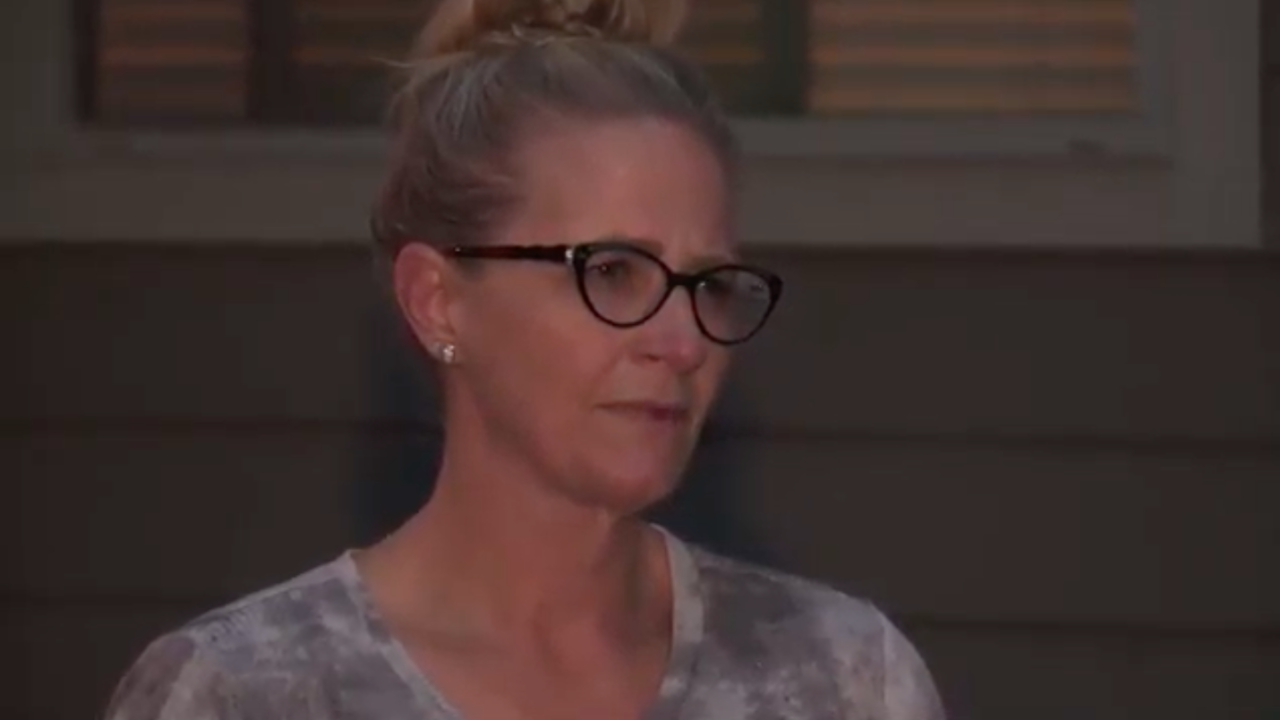 The Brown family is more at-odds than ever before on Sunday’s Sister Wives. Following the explosive meeting at Christine Brown’s house in last week’s episode that ended in tears, a “knife in the kidneys,” and plenty of hurt feelings, the family is clearly divided into two camps — Janelle and Christine and Kody, Robyn, and Meri.

Janelle meets with Christine to try to clarify some of the statements that seemingly hurt Robyn’s feelings the most, specifically, Christine’s comments that she wants distance from Robyn and her family.

“I didn’t mean it like a cut and dry, it’s over. That’s not what I was trying to convey at all,” Christine says.

“I’m actually glad to know that,” Janelle replies, saying she felt Robyn interpreted it as Christine entirely distancing herself from Robyn and her family. Robyn confirms this in her aside interview.

“That’s devastating. That was the hardest part of the conversation for me was when I realized when it was over what I had said and I don’t know how to fix that,” Christine says in her confessional.

As Christine and Kody’s daughter, Mykelti Padron, comes into town to help her mom get ready to move, she also attempts to smooth the rifts in the family over.

Mykelti, who has a close relationship with both her mom and Robyn, insists on getting the family together to say goodbye to Christine the day of her move. This is clearly a mistake.

“It’s raining. I’m leaving in five minutes,” Kody declares the moment he steps out of the car.

Even Mykelti has to admit her mistake as Christine and Janelle’s family stands awkwardly outside on one side of the yard with Kody and Robyn and their kids on the other side.

Taking the fall, the new mom proceeds to try to cut the tension by giving a speech to her antagonistic family.

“I think this is probably something that’s one of the hardest things that this family is going to have to go through, but I think that it’s awesome that we could all be here to show that at the end of this all we are still a family,” she tells the stone-faced group while bouncing her newborn daughter.

Kody, who has had conflicting stances on his COVID protocols, tells his younger kids that he’s the only one allowed to walk over to Christine’s side of the yard and give his daughter Truely a hug goodbye.

“No, my kids weren’t angry with her,” Robyn clarifies. “They’re sort of the innocent parties in this, all of the kids are. It’s just devastating.”

To make matters more awkward, Robyn and Kody’s young daughter Ari asks Christine why she’s no longer married to Kody as everyone else looks on uncomfortably, telling her to “have dates!” with her dad.

Christine tries to hold it together, saying, “You guys, thank you for coming. It means a lot to me that you came,” before bursting into tears as Janelle comforts her.

“I think this was the worst goodbye that I’ve ever witnessed,” Christine admits in her confessional.

These days, Christine is enjoying her life in Utah and recently snapped a shot of herself filming in her new home for the first time.

Christine’s post was liked by her and Kody’s daughters Mykelti and Gwendlyn Brown, as well as Janelle.

ET recently caught up with Christine to discuss her future on the family’s reality series now that she and Kody are no longer together.

“I made a promise to Kody and everybody else that I would stay in Sister Wives as long as we have the show just to be fair,” she told ET last month. “It’s what our family’s been doing for so long. I feel like it would be disloyal if I decided to not be part of the show.”