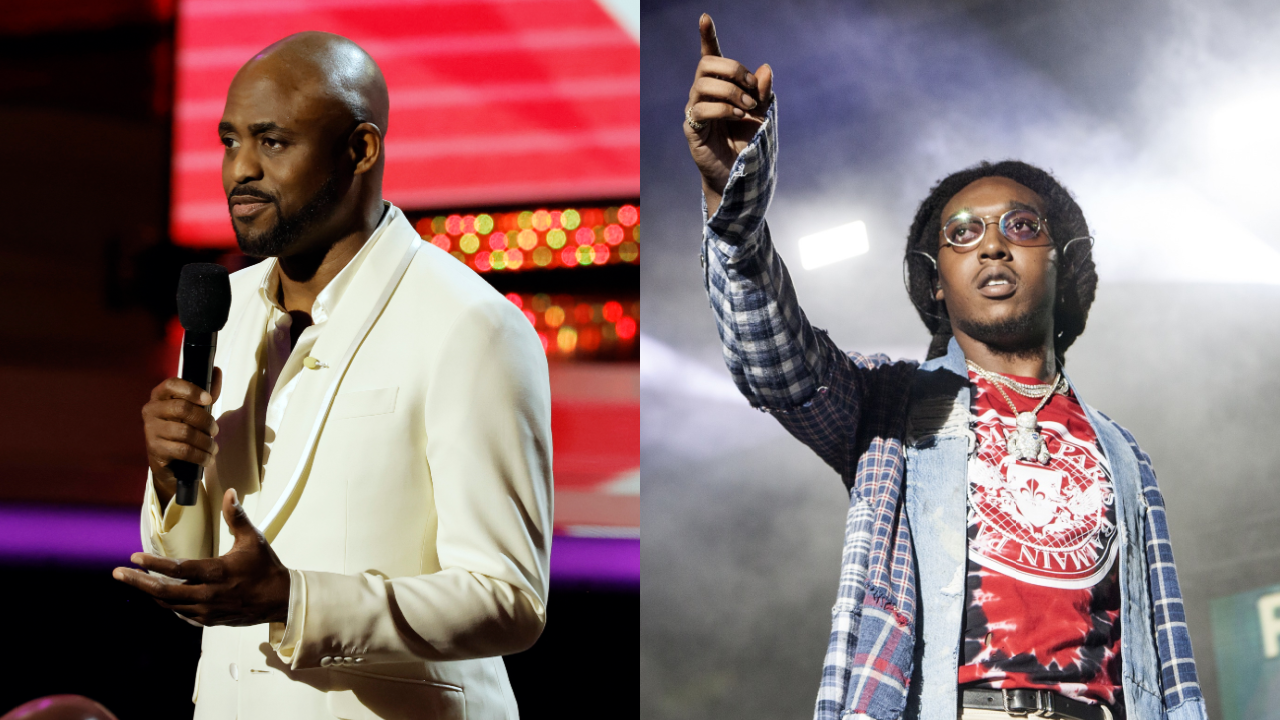 Cardi B, Offset and Quavo Pay Tribute to Takeoff

The 2022 American Music Awards was full of major moments — but perhaps none more heartfelt than the tribute to late Migos rapper Takeoff.

Takeoff, whose real name was Kirsnick Khari Ball, died on Nov. 1 at age 28 after being fatally shot in Houston. AMAs host Wayne Brady paid special tribute to the late star after a commercial break, taking a somber moment to recognize Takeoff’s impact.

“We recently lost Kirsnick Khari Ball, better known as Takeoff, one-third of the groundbreaking hip-hop group Migos,” Brady said. “On behalf of all of us that love hip-hop all around the world, we thank you, Takeoff, for your artistry, and tonight, we honor your memory.”

“We have to stop this senseless and terrible gun violence,” the host added, also sending his love and prayers to the victims of the Club Q shooting in Colorado Springs, Colorado, on Saturday night.

ET caught up with Tinashe on the AMAs carpet ahead of the show, and the singer opened up about Takeoff’s impact as a “generational figure” in the music industry.

“I think Takeoff is such an amazing talent, and I think he’s gonna go down in history as somebody who really set the mark,” she shared. “I think the Migos was such a legendary group and I’m just honestly still very, very, very, very sad about the entire how it all played out.”

“I think that we’re really missing one of our generational figures,” she continued. “I think that he went way too soon, 28 is so young, so it’s definitely a tragedy.”

Offset Breaks Silence on Takeoff’s Death: ‘Give Me Strength’