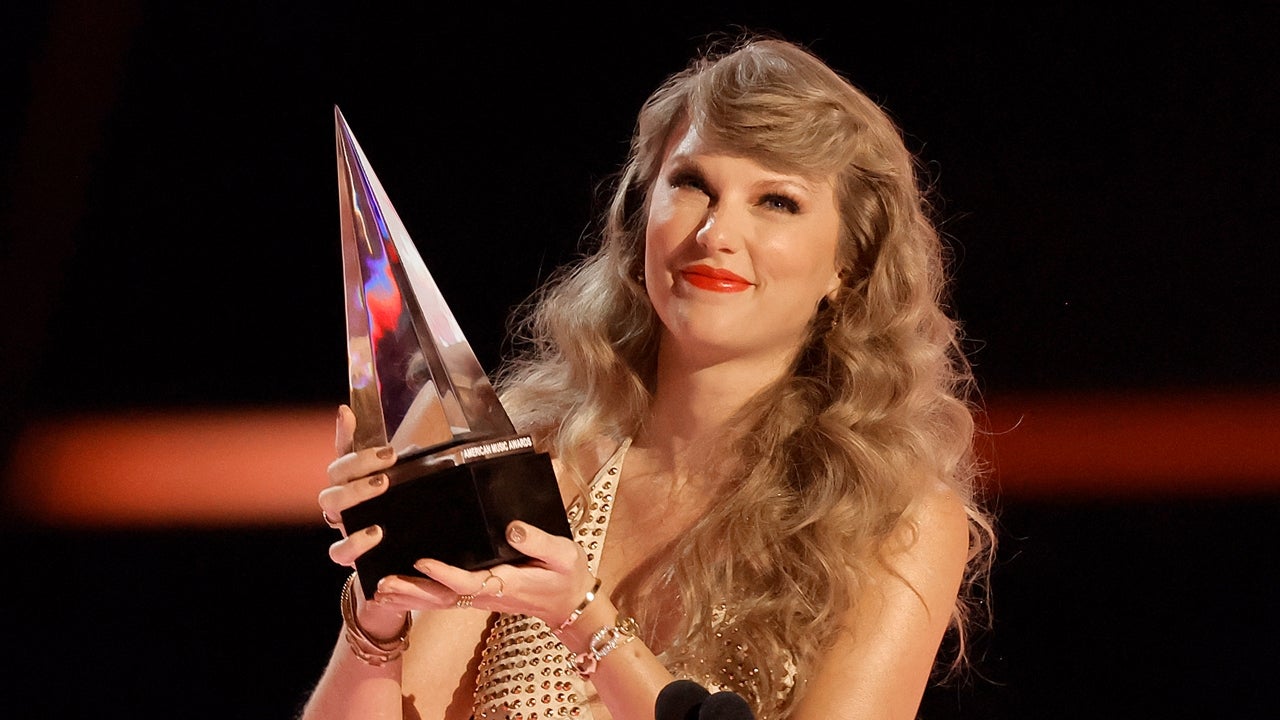 Taylor Swift has made her official return to the American Music Awards. The 32-year-old pop superstar was bejeweled in a backless gold jumpsuit as she accepted the award for Favorite Pop Album for Red (Taylor’s Version) at Sunday’s ceremony.

The “Anti-Hero” singer wore her hair in waves and completed her look with her signature red lip.

It’s looking to be a big night for the songstress, who is tied with Beyonc? for the most nominations by a female artist at this year’s ceremony. She’s also up for Artist of the Year, Favorite Music Video (“All Too Well 10 Minute Version”), Favorite Female Pop Artist and more.

In 2019, Swift secured her place as the artist with the most American Music Award wins of all time with a total of 26. This year, Bad Bunny — who leads the pack with eight nominations — could take the title from the “Shake It Off” singer.

Swift’s last appearance also saw her hit the stage and perform a medley of hits including, “The Man,” “Love Story,” and “I Knew You Were Trouble.”

During the ceremony, the singer — who was in the middle of a legal battle with her former manager Scooter Braun — was presented with the Artist of the Decade award. During her final speech of the night, the singer thanked her fans for their constant support.

“The last year of my life has had some of the most amazing times and also some of the hardest things I’ve gone through,” she said. “I wanted to thank you so much for being the thing that has been a constant in my life.” In 2020, Swift took home the award for Artist of the Year — and accepted it from the studio where she was re-recording her old albums.