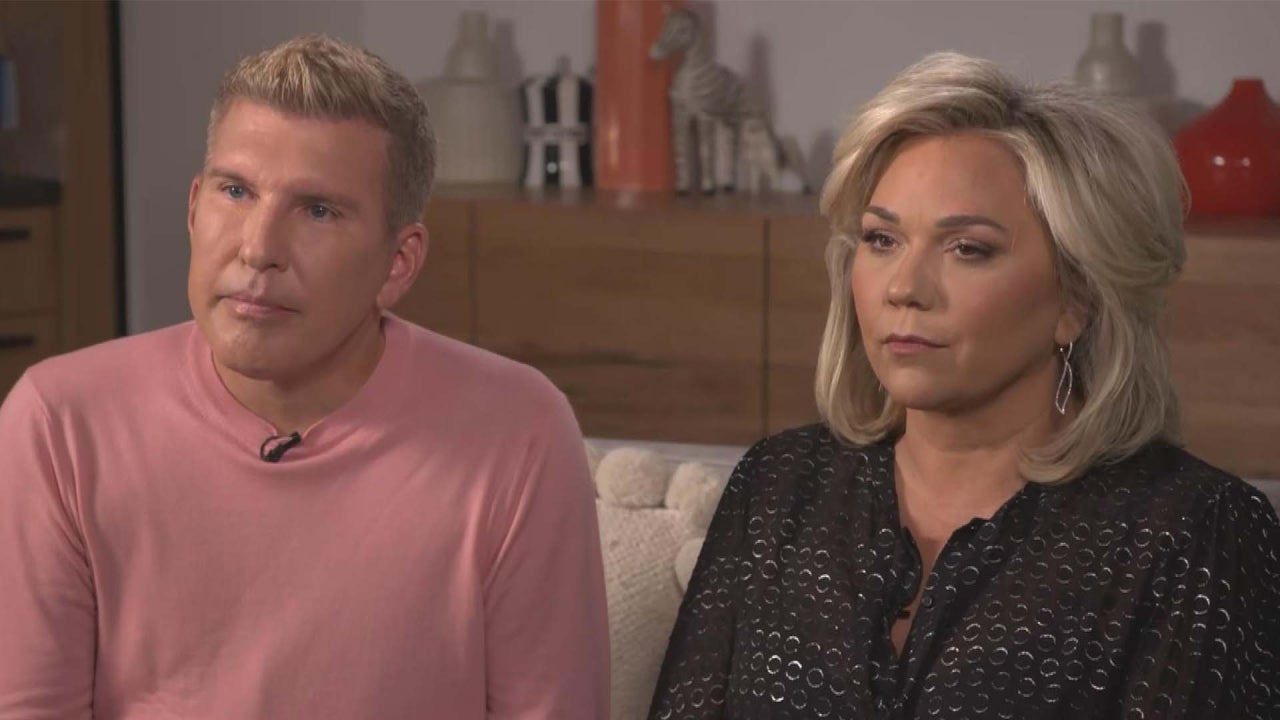 Todd and Julie Chrisley have been sentenced to spend several years behind bars in their tax fraud case.

The sentencing comes a little over two months after the Chrisley Knows Best stars’ sentencing was delayed, moving their appearance in the Atlanta courtroom to Monday.

Back in June, the couple was found guilty of conspiracy to commit bank fraud, conspiracy to defraud the United States and tax fraud. Todd and Julie were originally scheduled to receive their sentencing on Oct. 6.The shift came after the couple motioned for a new trial and acquittal in August, claiming that their initial trial was “fundamentally unfair.”

In that legal filing, Todd and Julie argued that an IRS Revenue officer “lied” in her testimony about the Chrisleys owing taxes “when she knew no taxes were due.” They claimed that those statements had the effect of “falsely painting the Chrisleys as untruthful, likely to commit other forms of fraud, and evading the tax payments alleged in the indictment.”

They also accused the court of admitting “substantial volumes of evidence at trial which were obtained in violation of the Fourth Amendment,” citing financial documents they say were “unlawfully seized” by Georgia’s Department of Revenue and initially suppressed by the court. The filing goes on to accuse the court of failing to “properly enforce its suppression order” by allowing some of said documentation to be admitted into evidence.

Additionally, in their request for an acquittal, documents claimed there was no evidence that Julie “participated in any of the specifically alleged bank frauds.” It also claimed that there was no sufficient evidence to prove that Todd and Julie were involved in bank fraud, wire fraud, tax evasion or conspiracy to defraud the United States.

Following their guilty verdict, Todd and Julie spoke out about how their legal drama has strengthened their marriage.

“In my perspective, it has drawn me closer to my wife,” Todd said during an August episode of his Chrisley Confessions podcast. “I feel like that my marriage, for me personally, internally, is the strongest that it’s ever been. I feel like for the first time in my life and my marriage, I feel like my marriage is feeding a part of me that I didn’t even know was starving. I feel like I understand Julie from a different level than I ever have before. I feel like you have opened up more since all of this.”

“I feel like for so long, you and I have been a team since day one,” Julie replied. “It’s been you and I against the world … I think for both of us, this situation, our season of life right now has shown us it’s not about what our plan is, it’s about what God’s plan is. For a long time, it was always our plan, not God’s plan.”

The trial and subsequent conviction came after Todd and Julie were indicted by a federal grand jury in August 2019 for falsifying documents to secure up to $30 million in bank loans for personal use. Todd and Julie turned themselves in shortly thereafter, denying wrongdoing and entering a plea of not guilty.

Todd, Julie Chrisley Say Their Marriage Is ‘Strongest’ It’s Ever Been