‘Welcome to Chippendales’: A Guide to the Male Strip Club’s Dark Past and Deadly Crimes 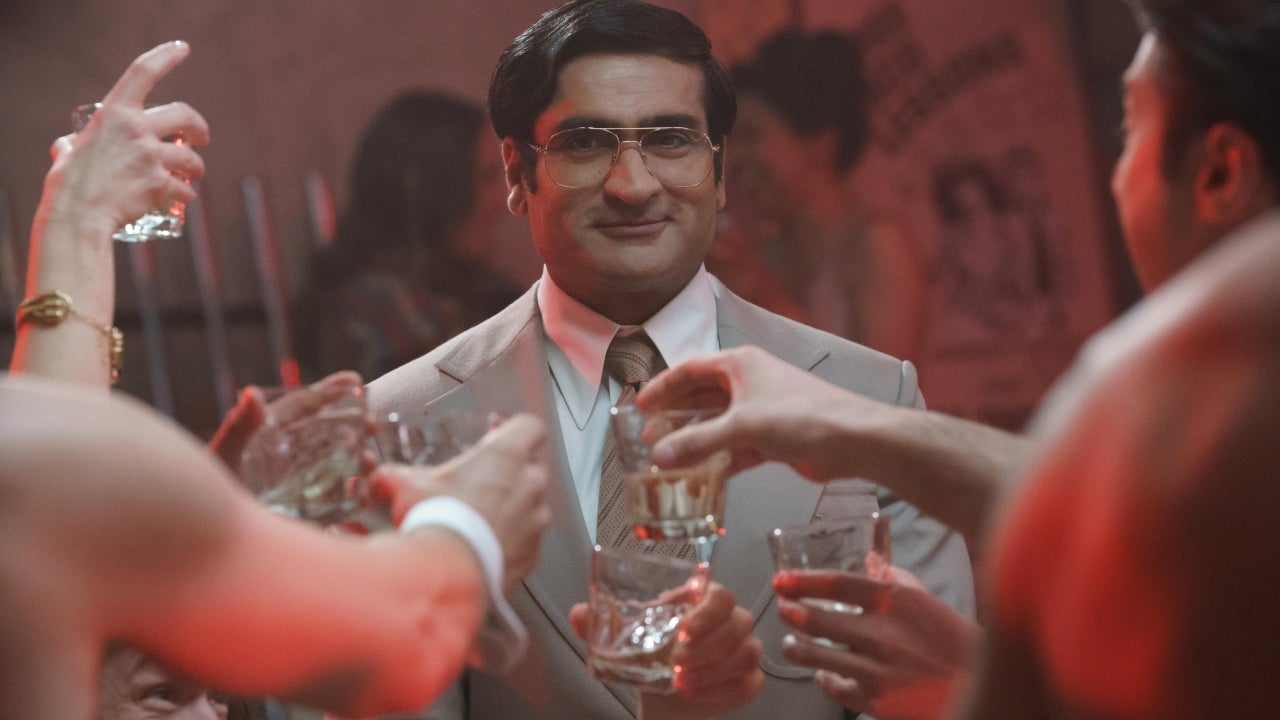 Now considered one of the biggest male revues in the world, Chippendales has a surprisingly dark past, including arson and murder, that is revisited in Welcome to Chippendales. The true-crime saga stars Kumail Nanjiani as Somen “Steve” Banerjee, the unlikely man behind the male-stripping empire whose ambitions eventually led him down a deadly path, as well as Murray Bartlett, Juliette Lewis and Annaleigh Ashford.

“All of the stuff that happens in it is so unbelievable,” Nanjiani tells ET about the eight-part series, which is adapted by co-showrunners Robert Siegel and Jenni Konner and director Matt Shakman from the 2014 book Deadly Dance: The Chippendales Murders. “There are, like, 20 unbelievably bonkers things that happen in this thing.”

With the limited series premiering Nov. 22 on Hulu, here’s what to know about Banerjee, his many crimes and other figures key to the Chippendales’ legacy.

Steve Banerjee and Other Key Figures

Born in Bombay, India, Banerjee immigrated to the United States, where he worked as a gas station attendant before attempting to open a nightclub in Los Angeles, California. After several failed attempts to make the club a success, he eventually created what’s now known as the Chippendales in 1979. He later married a woman named Irene (portrayed onscreen by Ashford) and the two had a son together.

“I just wanted to play someone who is different from the people I played before. I played, like, one bad guy before and it was thrilling. I was like, ‘Oh let’s do that for a few months,'” Nanjiani says of portraying Banerjee, who eventually pleaded guilty to attempted arson, racketeering and murder for hire charges related to multiple crimes he was involved in.

While Ashford describes Banerjee as a “monster,” she says there was a real love between him and his wife. “Their connection really makes you root for him, ’cause it’s, like, if someone as lovely as Irene loves him, maybe there’s something there,” she offers.

While Banerjee was the founder of the male strip club, he worked with Emmy-winning producer Nick De Noia (Bartlett) to choreograph the live show. The two had a contentious business relationship that fell apart after De Noia negotiated a licensing arrangement to use the Chippendales brand on tour. The contract was written and signed on a cocktail napkin, which became the subject of Banerjee’s unsuccessful legal attempts to break their deal after he became dissatisfied with their business and financial arrangement.

Closeted most of his life, De Noia was briefly married to actress Jennifer O’Neill.

“He created this amazing kids show called Unicorn Tales and you kind of get a sense of his spirit,” Bartlett says of channeling De Noia’s bombastic personality in front of the camera. “So, I studied him in a way to try and get the essence of his energy.”

Other real-life characters who got caught up in the strip club’s legacy are nightclub promoter Paul Snider (Dan Stevens) and his wife, Dorothy Stratten (Nicola Peltz Beckham), the Playboy‘s 1980 Playmate of the Year who helped come up with the dancers’ signature “cuffs and collar” uniform, and an employee named Ray Colon (Robin de Jes?s), who later became a hired hitman for Banerjee.

To embody Colon, Jes?s channeled Joe Pesci. “I was like, ‘I wanna play a gangster.’ Joe Pesci’s the model for a character actor like me,” he says of playing a character that is way more “dark” than what he’s used to playing on screen.

Lewis, meanwhile, plays another employee named Denise who helps with the show’s designs and costumes, which includes coming up with the dancers’ breakaway pants, and Quentin Plair appears as a popular dancer named Otis. Both of their characters are composites of real people. Andrew Rannells, meanwhile, plays De Noia’s partner and investor in New York City. Although he’s a fictional person created for the series, there are some parallels to the real-life Will Mott.

“There was some crazy dark stuff in real life,” Ashford says of the litany of crimes.

Before Banerjee took his own life in 1994 by hanging himself in the jail cell where he was awaiting sentencing, he was facing up to 26 years in prison and the loss of his stake in Chippendales.

A year prior, after a lengthy FBI investigation that led them all the way to Switzerland, he was arrested and charged with conspiring to kill three former business associates, including De Noia, who was murdered in his Manhattan office on April 7, 1987 by a hired gunman, and two other former Chippendales employees.

Banerjee was also found to be responsible for three arson attempts in an effort to set back potential competitors, including the Red Onion restaurant in Marina Del Rey, California. And according to FBI special agent Charlie Parsons, “Anybody or anything that got in Banerjee’s way, he would hire somebody to kill or burn the competitor.”

The Los Angeles club, the Chippendales’ original location, had many legal issues of its own, including a racial discrimination lawsuit. It also faced numerous local violations, which led to the loss of its liquor license in July 1988, before the Los Angeles Fire Department closed down the property completely.

While in no way connected to Banerjee’s crimes, the Chippendales’ first real tragedy came in 1980 when a 20-year-old Stratten was murdered by her estranged husband, Snider, who then committed suicide on the same day. Their deaths happened shortly after Stratten helped the club negotiate a deal with Playboy creator Hugh Hefner over their uniforms.

Hulu’s Welcome to Chippendales premieres with two episodes on Nov. 22, with one new episode rolling out weekly through Jan. 3, 2023.