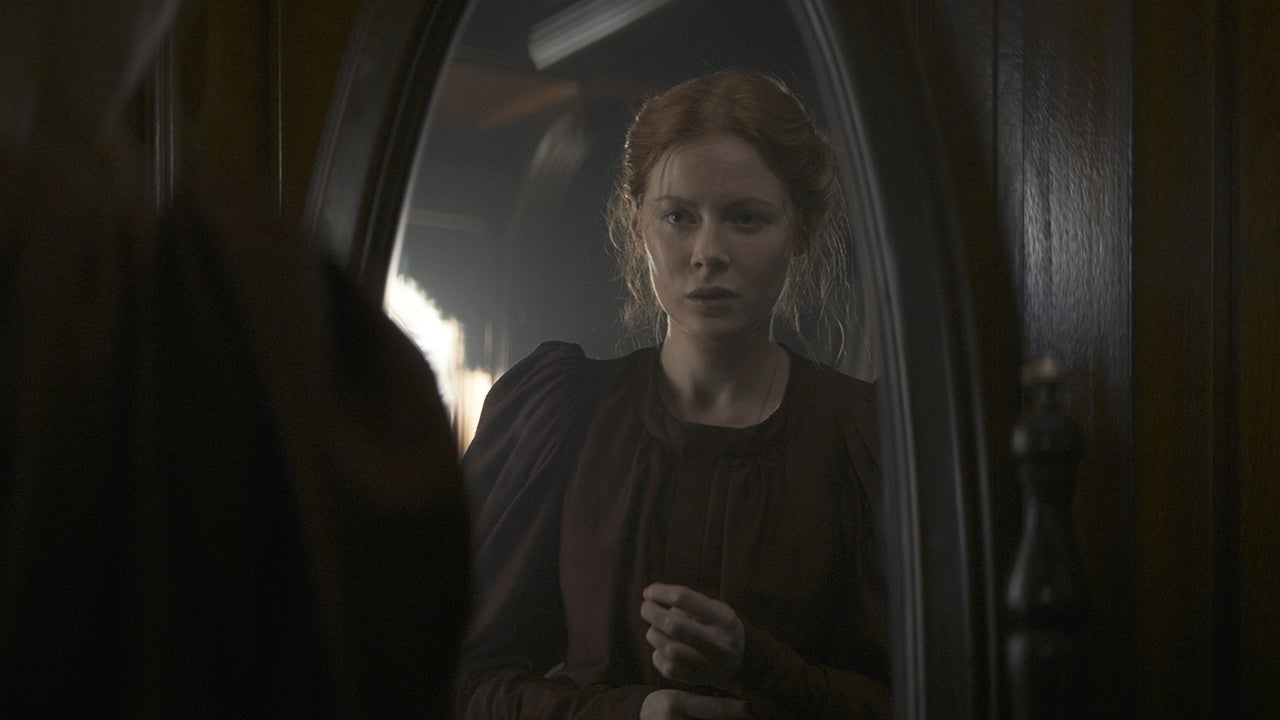 Fans of Lost, M. Night Shyamalan’s twist-filled films, the recently canceledWestworld, or Netflix’s other hit German series Dark, will enjoy 1899, the latest puzzle box period drama from creators Jantje Friese and Baran bo Odar. Released on Nov. 17, the multilingual seriesis already garnering lots of attention — and will only get bigger as more viewers find it over the coming weekends. And like Squid Game last year, you don’t want to fall behind on this one — or it likely will be spoiled for you.

That said, here’s a guide to 1899, including a look at the international cast, connections to the creators’ other hit Netflix original, theories involving the Bermuda Triangle and more. But don’t worry, no spoilers here — just everything you need to know to get you through season 1.

Inspired by Europe’s 2015 refugee crisis as well as a photo of an unidentified man covered in blood standing atop of a boat, the series follows a migrant steamship as it heads west across the Atlantic Ocean for New York City. Those aboard include “a mixed bag” of international passengers who all may not speak the same language, but are “united by their hopes and dreams for the new century and their future abroad.”

However, their nautical journey quickly takes an unexpected turn when the ship discovers another migrant ship adrift at sea – one that’s been missing for four months and never made it to its final destination. With the series kicking off with the discovery of the other ship, it’s not long before what’s found (or not found) on board “will turn their passage to the promised land into a horrifying nightmare.”

Like Lost, each episode centers on a different character, offering insight into why they’re leaving Europe for America and how they might be connected to the larger mysteries at hand.

The trailer offers a more detailed look at the series – and its many, many cryptic clues – but it also reveals some of the unexpected twists and turns that the first season explores over the course of eight episodes. But knowing what’s coming may alleviate some of the shock that follows various revelations as the series quickly transforms from a typical period drama into a mind-bending saga.

At first glance, no one from the cast may jump out to casual TV fans, especially in the U.S. But like the Wachowskis’ ambitious series, Sense8, the multilingual ensemble is full of notable stars, including other Netflix originals that have garnered fandoms of their own.

Cruella actress Emily Beecham, who is serving English Amy Adams, leads the sprawling cast as Maura Henriette Franklin, a neurologist traveling alone to America. She quickly befriends the ship’s bearded and brooding captain, Eyk Larsen, who is played by Dark actor Andreas Pietschmann. While speaking to ET Canada, Pietschmann described the series as a “page-turner,” revealing that he “couldn’t put it down.” In the same interview, Beecham said that “there are so many layers to it… and you’re constantly discovering something new.”

Elite fans will recognize Miguel Bernardeau, who played Guzm?n Nunier Osuna on the first four seasons of the scandalous Spanish-language teen drama. On 1899, he appears as a wealthy Spaniard named ?ngel, who is traveling with Ramiro (Jos? Piment?o), a Portuguese man pretending to be a priest. (And Bernardeau is already garnering attention for bringing some extra steam to the coal-fueled cruise liner.)

Overlord and Boss Level actress Mathilde Ollivier plays an affluent Parisian woman on her honeymoon with her husband and former lieutenant of the French Foreign Legion, Lucien (Jonas Bloquet). Bloquet, meanwhile, is most famous for his role as Maurice “Frenchie” Theriault in The Nun horror films.

Among the crew are The Witcher‘s Maciej Musia? as Polish stoker Olek, Tino Mewes as the ship’s first mate Sebastian, Isaak Dentler as the captain’s right-hand man Franz, and French stowaway J?r?me played by Yann Gael. Additional characters include a mysterious man aboard the ship named Daniel Solace (Peaky Blinders‘ Aneurin Barnard) and the even more mysterious “boy” played by Fflyn Edwards.

When it comes to the multiple languages heard on the show, “we wanted to have this beautiful mix of voices and languages,” bo Odar told Entertainment Weekly about embracing different cultures in an authentic way. (Fans worried about captions can watch an English-dubbed version. However, some fans warn against it, complaining that the dubs cause more confusion than not.)

1899 is from the minds of Friese and bo Odar, who also created Dark, the first German-language original series on Netflix. Lasting three seasons, Dark initially garnered comparisons to Stranger Things before becoming celebrated for its ambitious story about a time traveling conspiracy told over several generations.

While 1899 is from the two Dark creators and even stars Pietschmann, who played Jonas Kahnwald, there’s actually no direct connection between the two originals — well, aside from being puzzle box series that will slowly reveal its true nature over three seasons. “We really try to be very true to our core audience, which just loves puzzles but also knows every code and every cultural reference. They are very good at putting pieces together. We really want it to be a great experience for them and not make it too easy. If you’re in that core group, and you’ve figured it out, you should be proud of yourself, it’s an awesome experience,” bo Odar told The Hollywood Reporter.

That said, “There is a lot in the DNA that is kind of close to Dark in terms of the puzzle and needing an engaged active audience,” Friese told EW. “But there are also things that are quite different in terms of atmosphere and tonality, but also pacing and more action-y stuff happening. So, it is truly a beast of its own, but shares a lot of the same, maybe, mechanisms as Dark does.”

In fact, Friese and bo Odar have shut down rumors that 1899 is another time-traveling saga, suggesting that fans’ theories about overlap between the two is misguided. “There’s definitely a core theme in the center of 1899, as well, and it’s basically looking at that core theme through a narrative, but it’s not time travel,” Friese told EW, with bo Odar telling THR, “There won’t be any characters from Dark suddenly appearing on the ship.”

Speaking of ships, the main one is called Kerberos while the one found is dubbed Prometheus. Both names are derived from Greek mythology, with the former referring to the multi-headed dog that guards the Underworld and the latter being a Titan who stole fire from the gods and gave it to humanity. There are several ideas about the significance of these names. Without spoiling too much, most tie back to Maura’s story.

Another major theory surrounding 1899 – and there are plenty more on Reddit – is based on the show’s trailer and promotional materials, which heavily features a triangle motif. Given that the series follows a ship traveling across the ocean, many have theorized that 1899 is somehow connected to or about the Bermuda Triangle, which has its own lore thanks to a history of mysterious disappearances of air and sea crafts. “It’s definitely an association that a lot of people have,” the duo told EW. “But is it the right one? You will have to see.”

While the creators would have viewers guessing, it’s worth noting that in 1881 a ship called “Ellen Austin” came across another vessel that it outfitted with a crew so it could be taken back to port. As legend has it, the vessel was lost at sea before being found again without a crew — a situation not too far from the one that kicks off the Netflix series.

‘The Crown’: How the Cast Transformed Into the Royal Family on the Netflix Series

5 Key Factors That Will Decide the Georgia Senate Runoff