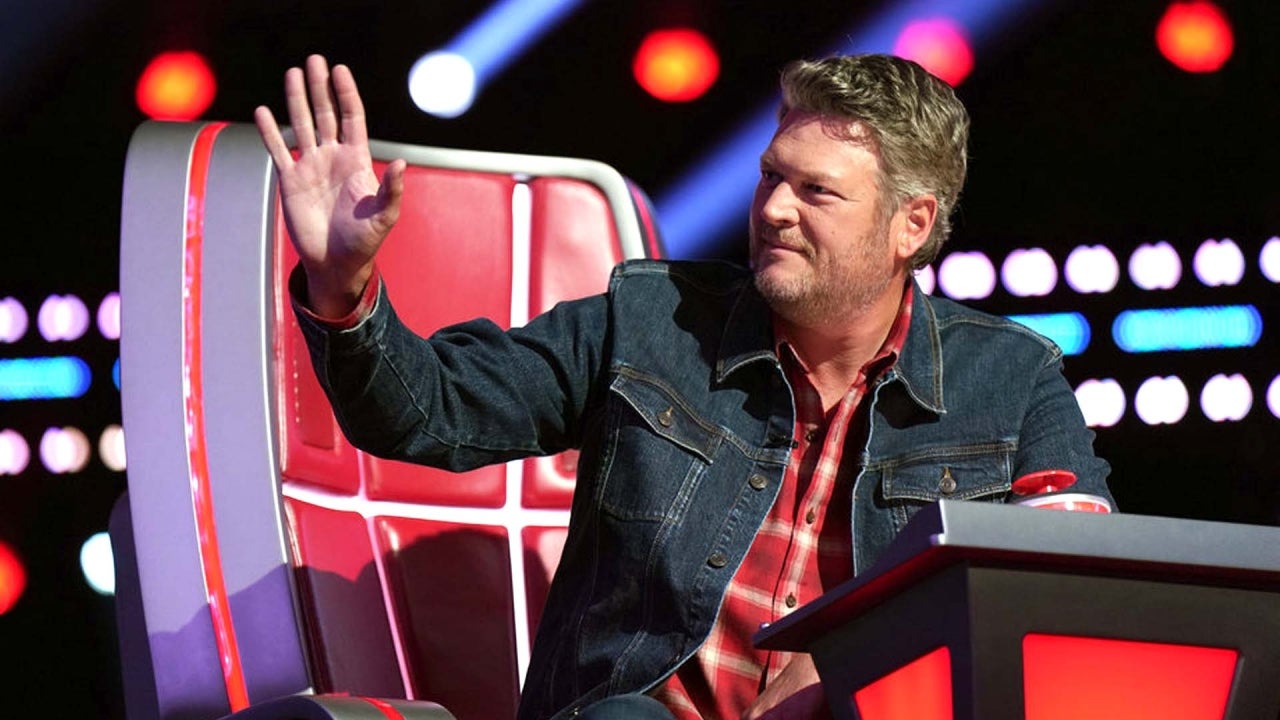 Last week, The Voice coaches told us what they wanted to get Blake Shelton for a retirement gift — the country star announced earlier this year that the upcoming 23rd season would be his last — and this week, the Cowboy weighed in himself!

Blake, Gwen Stefani, Camila Cabello and John Legend sat down for an interview ahead of Tuesday’s live Top 10 results show to dish on the competition so far, and Blake couldn’t help but share his wish list — which included significantly more than the bag of corn Gwen suggested!

“I think an ATV,” Blake teased. “I think that would be great for Camila to buy me.”

As for John, Blake requested “a pallet” of his LVE wine. “A mixture of his choice, but not a case — a pallet,” he insisted.

“All right, I’m with that,” John replied.

And from Gwen? “We split everything anyway, so whatever she buys herself,” Blake teased. However, he had to walk it back when Gwen had an idea at the ready.

“Can I redecorate the L.A. house?” she asked.

“This is my retirement!” Blake replied.

One thing his fellow coaches might unwittingly get him? Another Voice championship! Heading into the Top 10 results show on Tuesday, Team Blake is the only team with four members remaining. But will that work for or against the winningest coach in the show’s history?

“I think if he has more people in the finale, then it splits his votes up,” John noted. “That’s how I won my first season. It was my singer against all Team Blake…and it split his vote up and Maelyn [Jarmon] just went right through [and won].”

“Especially if you have two artists that are in the same genre, then you’re really messed up,” Gwen agreed.

“Quality over quantity, that’s what I say,” Camila added.

‘The Voice’: Watch the Top 13 Live Performances & Vote For Your Fave!