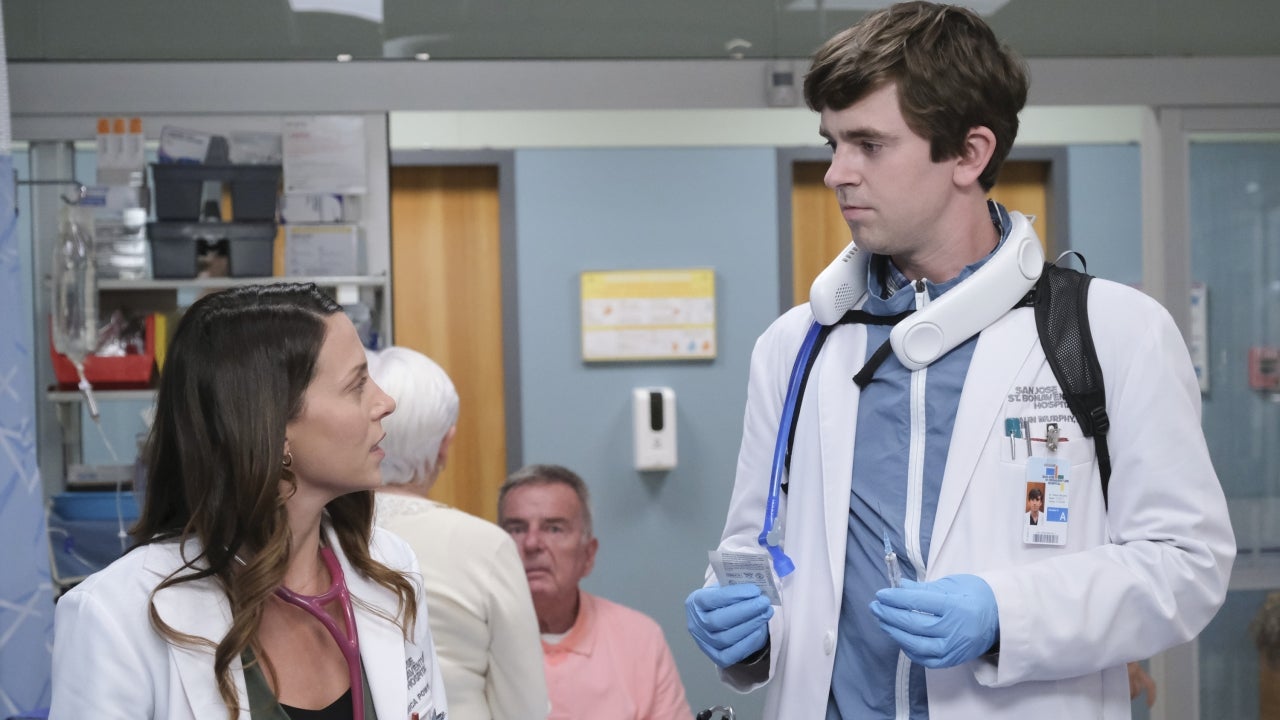 Freddie Highmore can check another accomplishment off his career to-do list: reaching 100 episodes of a TV show. The actor and producer crosses the threshold with Monday’s episode of The Good Doctor, and he sat down with ET in the New York offices where he reflected on the milestone.

It’s kind of insane to realize that we’ve reached that milestone and that we’ve done a hundred episodes,” Highmore told ET. “I guess in today’s world it’s just increasingly rare to be able to get to that point so overwhelming. I think we just feel very lucky and fortunate that people have kept wanting to tune in and watch these stories that we’re trying to tell.”

“Filming the 100th episode, I think, was at the same time very meaningful and poignant because it was like, ‘Oh, we’ve reached this milestone,’ and at the same time just felt like every other episode because you put the same care and dedication and sort of routine into it that you always do,” he continued. Only this time, Highmore added, there were “a few cupcakes and a slightly bigger cake.”

“It’s just a reflection, not really on the actors but as much as anything, the whole crew and everything that they’ve put into being there,” Highmore credited.

The Good Doctor‘s 100th episode, titled “Hot and Bothered,” finds Highmore’s Dr. Shaun Murphy and the rest of the doctors dealing with a heat wave. Shaun and Dr. Danica Powell (Savannah Welch) are at odds when it comes to their patient’s surgery, with their heated stalemate testing Shaun’s patience and his willingness to compromise. It also continues Shaun’s evolution as he navigates married life with Lea (Paige Spara).

“It’s a pretty big year for Shaun in terms of his relationships with other people, obviously Lea. He just got married, so they are starting to have those conversations again about starting a family, whether that’s what they want [and] are they able to do that,” Highmore said, adding one of the “joys” of playing Shaun is portraying “someone who has changed so much over the course of six seasons.”

“The other thing that’s come from his marriage is this necessary impact it had on Shaun and Dr. Glassman. Dr. Glassman’s always been the most important person in Shaun’s life — his mentor, his father figure. And now the center of Shaun’s world is no longer him but it is Lea, and I think it’s going to be a big season of change for the two of them as they try and figure out and reestablish the boundaries and rules that govern that relationship and what that means for them.”

But the probability of The Good Doctor staying on TV for 100 more episodes seems unlikely, at least according to Highmore.

“Not really,” Highmore said with a laugh when asked about whether he’s envisioned reaching the even rarer TV accomplishment of 200 episodes. “It just feels like a complete rarity to get to 100 and we’ll be finishing up with this season.And then, I guess we will see.”

One of Highmore’s other notable TV roles, Norman Bates on Bates Motel, will also be celebrating the 10th anniversary of its premiere next March.

“That’s mad,” he reacted. “It’s funny for me as well thinking of Bates Motel coming up to a milestone because I’ve been, in combination with Bates Motel and The Good Doctor both filming in Vancouver, this is now my 11th year in a row filming something in total. So in some ways, they do feel like they merged into one in terms of location. And yeah, it was such a wonderful show to work on and I’m still in touch with many people from that.”

‘The Good Doctor’: Freddie Highmore on How Season 4 Handles Pandemic