James Gunn Talks ‘Guardians of the Galaxy Vol. 3’ and His Future With Marvel (Exclusive) 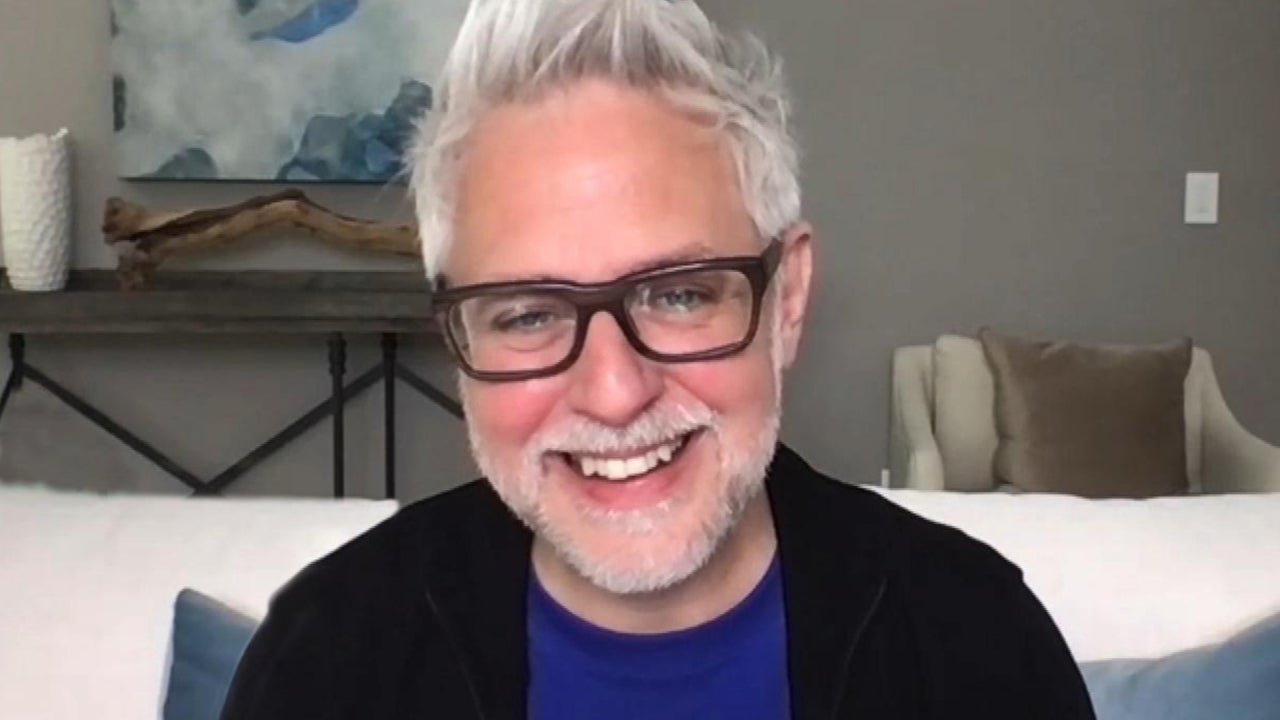 James Gunn is ready to bring the holiday spirit to the MCU!

“I’m a real Christmas-y guy, so I love it,” Gunn shared. “I always wanted to do something like that, and to me this is just the gift to the Marvel fans.”

In the 44-minute film, Guardians Drax (Dave Bautista) and Mantis (Pom Klementieff) touch down in Los Angeles in the hopes of kidnapping Kevin Bacon as a Christmas gift to cheer up Peter Quill, aka Star-Lord (Chris Pratt).

Of landing Bacon for the tongue-in-cheek cameo as himself, Gunn said, “I just called him up and I said, ‘Listen, we’re doing a Christmas special’… He just immediately said yes. Of course, we let him read it, read the pages, which were fun. And then that was it. We were off and running.”

The film also features an appearance from Gunn’s favorite band, The Old 97’s, and the director said he was thrilled to have lead singer Rhett Miller write a song for the special and “give them an opportunity to really show a much larger audience than they’ve normally had what they can do.”

“They just had a blast,” he recalled of having the band on set. “Dressing up as aliens, which can be incredibly uncomfortable to be singing and playing and jumping around like that for hours on end in that thick makeup, but they never once complained. They were great. And then they’ve got a great song with Kevin Bacon at the end that hopefully becomes a Christmas staple that we’ll hear every year for the rest of our lives.”

Another benefit of the special, Gunn noted, was giving Bautista and Klementieff the chance to shine on their own standalone adventure.

“I also think it was kind of necessary because, you know, I’m actually working in a lot of mythology that’s going to be important in Vol. 3,” he hinted. “The fact that we had Cosmo the dog, the fact that they have this amazing spaceship called the Bowie that’s four stories tall in real life… They’ve bought Nowhere from The Collector, that’s their home base now — all of those things are important to Vol. 3.”

Gunn joked that he thought of his lighthearted days shooting the Holiday Special as “snow days” during the production of Guardians Vol. 3, noting that the tone of the final film in the trilogy — which is scheduled to premiere on May 5, 2023 — is much more emotional than any of his previous Marvel films.

“I think at the heart of it, it’s always been emotional,” he said of concluding the Guardians’ story. “The Guardians journey started with a boy watching his mother die in front of him and going away, you know, running off to another place… I think that many of us, in different ways, we’ve escaped our childhood traumas, and gone to someplace else. And that’s at the core of the Guardians story.”

It’s the end of an era for Gunn as well. The director and Peter Safran were announced as the co-chairpersons and CEOs of the newly rebranded DC Studios in October, meaning Guardians Vol. 3 will be his final Marvel film.

As for how he feels he’s left the characters? “I think you have to see Vol. 3 to find out,” Gunn teased. “We’ll see where they go. But this is definitely the end of their stories, this specific group of Guardians.”

The Guardians of the Galaxy Holiday Special is streaming Nov. 24 on Disney+.

Kevin Bacon Talks Playing Himself in the ‘GOTG Holiday Special’