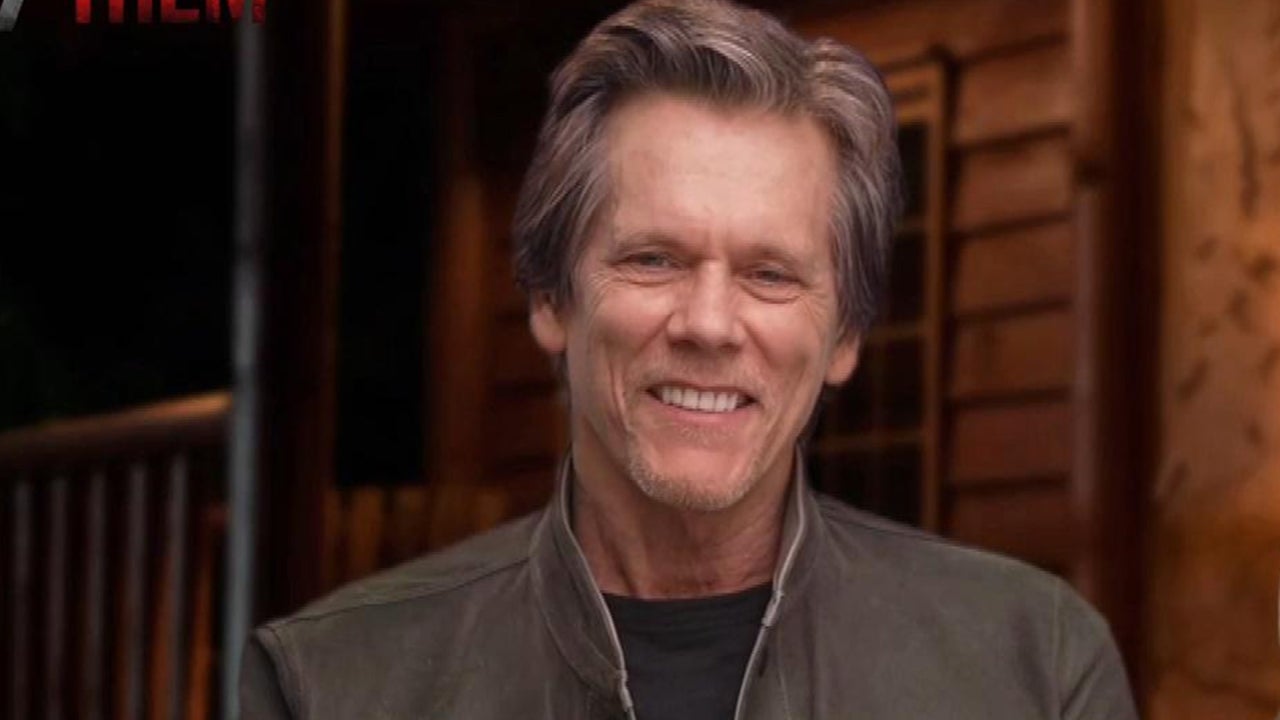 Six Degrees of Kevin Bacon is officially MCU canon thanks to The Guardians of the Galaxy Holiday Special!

The iconic actor plays himself in the upcoming special, which streams Nov. 24 on Disney+. In the 44-minute film, Guardians Drax (Dave Bautista) and Mantis (Pom Klementieff) touch down in Los Angeles in the hopes of kidnapping Bacon as a Christmas gift to cheer up Peter Quill, aka Star-Lord (Chris Pratt).

“I’ve been researching this role for 64 years now,” Bacon joked with ET’s Ash Crossan of playing the MCU’s version of himself. “I’ve done quite a few things where I played myself, both in films, but also in commercial spots and stuff like that. And I take my work really, really seriously, but I don’t take myself really, really seriously. So to be able to poke fun at yourself… it’s just a blast.”

“I love this kind of heightened idea of what my life is and like, for instance, the house that I have, I can guarantee you that my house doesn’t look anything like that house,” he added.

Bacon also said he was “thrilled” that his Guardians cameo got to come full-circle after being name-dropped in the first film back in 2014.

“I went to the theater opening weekend, having worked with [director] James Gunn — we had been in touch and he never warned me that this was coming,” he recalled. “I had no idea, and I sat there and all of a sudden they’re talking about me and my jaw just dropped.”

“These movies are so much a part of the fabric of entertainment,” he shared about his excitement to be part of a Marvel property. “Not only the movies, you know, the comic books, the whole world…. To walk on to that set and to see the kind of beautiful machine that is making these things was really exciting.”

The Holiday Special was filmed during the production of the upcoming Guardians of the Galaxy Vol. 3, so Bacon got a look at the full-scale Marvel operation. “I got to really see how the whole thing works, and it was amazing,” he shared.

And while it wasn’t his first foray into the superhero genre — Bacon played antagonist Sebastian Shaw in 2011’s X-Men: First Class — the actor said he would be open to another Marvel project in the future.

“I would love to do it,” he said. “I mean, it was great to be part of X-Men, and I liked the character that they kind of created for me… Whichever universe it is, and whether I end up just playing me, I would love to come back.”

The Guardians of the Galaxy Holiday Special is streaming Nov. 24 on Disney+.

‘Guardians of the Galaxy Vol. 3’ Shares First Look During Comic-Con