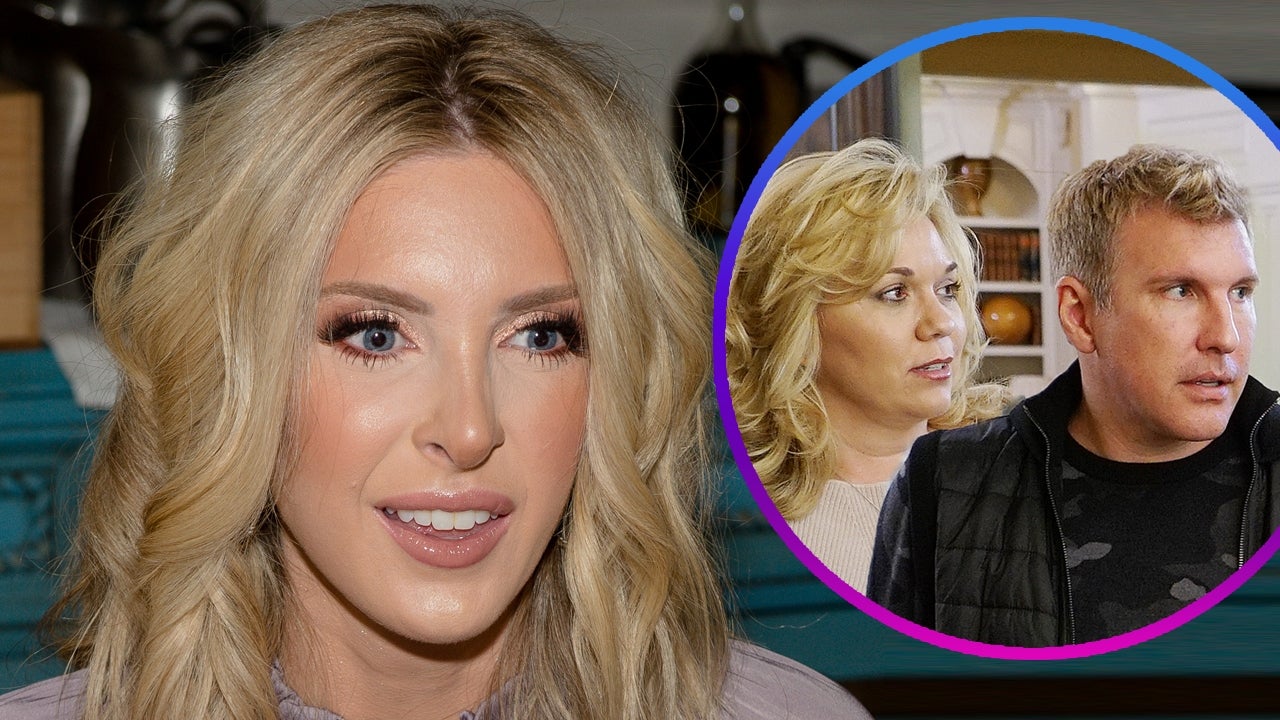 Lindsie Chrisley is thankful for her strong circle of friends helping her get through the agony of watching her parents get sentenced to a combined 19 years in federal prison in their tax fraud case.

Lindsie took to her Instagram Story on Monday and posted a video of her and a friend sitting on the edge of a bed with a serious look on their faces, but then they let out a laugh. Set to the tune of Bruno Mars’ “Count On Me,” Lindsie captioned the post, “The best girlfriends, show up in the bad times with hugs and champagne.” She added champagne, sparkles, heart hands and red heart emojis.

She followed up that Story with a motivational video featuring Steve Harvey, in which he says, “Don’t forget to pray. But don’t be ashamed to pray. And don’t be too proud to pray, because prayer … prayer changes things.”

The Chrisleys are reeling on the heels of Todd and Julie being sentenced by a federal judge on Monday to 12 and seven years behind bars, respectively. The judge also slapped 16 months probation on the couple. The sentencing came nearly six months after the Chrisley Knows Best stars were found guilty of conspiracy to commit bank fraud, conspiracy to defraud the United States and tax fraud.

Lindsie, who reconciled with her father as recently as last year, also saw the country singer RaeLynn show support. RaeLynn, who is friends with Lindsie’s sister, Savannah, and has appeared on the USA Network reality TV series, took to her Instagram Story and railed on the justice system for what she claimed was a sickening sentence.

The country singer said “the results of today is absolutely DISGUSTING. This is wrong. The lies and miss information [sic] that have been spread about this case and this family are uncanny.”

Meanwhile, the fallout continues on the heels of the stunning sentence. In the wake of those sentences, ET has learned it is unlikely the Chrisleys’ shows — including Chrisley Knows Best, as well as two other reality programs connected to the Chrisley family — will continue.

A source close to Chrisley Knows Best says that the USA Network has some episodes of season 10 of the show that were shot prior to the trial, and it is expected that they will air next year.

Additionally, Deadline reports that Growing Up Chrisley — which focuses on two of Todd and Julie’s children, Chase and Savannah — has also been canceled.

ET has also learned that Love Limo — a reality dating series that would have been hosted by Todd — was given the green light just weeks before the trial, but it is unlikely that production will move forward.

Thus far, NBCUniversal has not officially commented on the future of any of these shows.

Last week, Savannah spoke to ET and opened up about how her parents were doing before their sentencing.

“They’re pushing through. We’re at a place where we put our faith in God. We definitely don’t put our faith in the system,” Savannah said. “I’ve never seen two people, my parents, be so steadfast in their faith and in prayer and just literally on their knees every morning praying. It’s just so admirable, and that’s kinda just my focus. Just watching them and still learning and growing from them in times like this, and just kinda staying strong through it all and knowing that, in the end, the truth will prevail. And it may get harder before it gets easier, but we have faith.”

Savannah also spoke about the anger, or lack thereof.

“I commend my parents because they turned their anger into pure faith,” she said. “For me, my anger, I’ve buried it. It comes out, but I’m working through it in therapy.”