Meghan Markle Goes Back to Her High School: ‘I Wanted to Revisit a Large Piece of My Origin Story’ 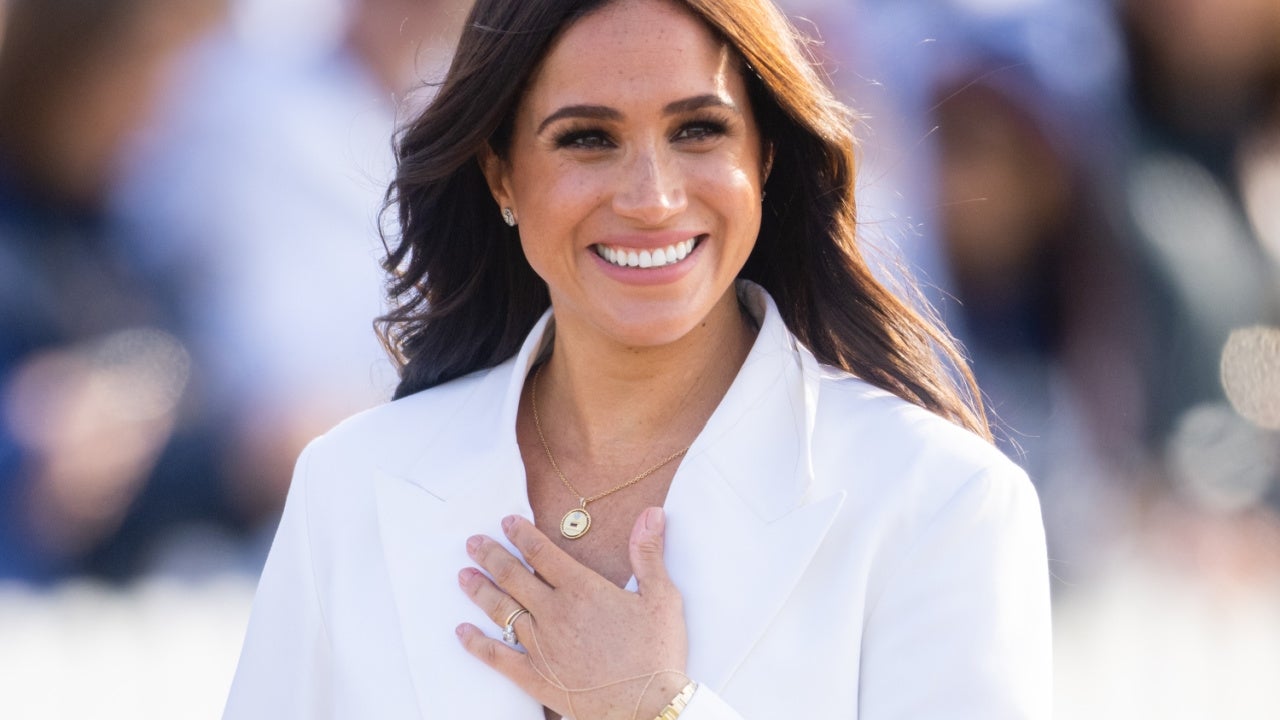 Schools in! Meghan Markle kicked off Tuesday’s episode of the Archetypespodcast with a trip down memory lane. In the episode titled, “Beyond the Archetypes: Human, Being” with Michaela Ja? Rodriguez and Candace Bushnell, the Duchess of Sussex went to the Immaculate Heart High School, which she attended from ages 12-17.

During her visit — which she made ahead of the podcast’s release — she wanted to see how the girls who are attending the school today are coming to terms with their identities and fighting back against the stereotypes and archetypes.

“I wanted to revisit a large piece of my origin story, my old school, and explore if these labels and boxes are part of the self-identification for the young women there, or if they had given themselves space to be a human being,” Meghan says before she entered the school.

Upon going in, Meghan marvels at how much it has changed. How the piece of her life that seemed so grand at one point, now seems so very small. In one of the cuter moments, the duchess points out her old locker, before running into a student who couldn’t wait to share with her mother that she met the famous alum. And a surprise visit with the ladies in volleyball practice.

“Being back there, the energy, it was palpable, and it was also really fun,” she says of her visit. “Walking through those halls, it’s just so many memories came back to me.”

Meghan’s trip down memory lane allowed her to revisit her experience at Immaculate Heart.

“Back then, that campus did seem to be a lot bigger. But then again, so did everything in life. Just think about it, middle school and high school, this is a really big time for anyone in their life. You’re so young, you’re so impressionable and you think you know everything when you’re a teenager,” she says.

“But for young women especially, this is the time period where you sort of look around at society, the culture, the messages you’re receiving, and you ask yourself constantly, ‘How am I supposed to be?’ At least that was very much my experience with adolescence. Maybe, maybe things have changed.”

Meghan ended her visit by having a conversation with three recent graduates — Abigail, Diana and Grace.

“I wanted to fully understand, did the stigmas and labels that I grew up with still hold the same weight?” she says.

The duchess was also shocked to learn that students no longer had to do an assignment that involved planning their own wedding, which the three women shared would not fly with them or their classmates.

Meghan has seen the change, “And each of their experiences are so unique and also really refreshing,” she says. “Because some of the conversations that we started having — when I was sitting with them — are not the kind of conversations that I was having when I was in high school and also not the ways in which the girls, I went to school with, would identify.”

At the end of her conversation, the 41-year-old duchess explored the idea of how being “just human” is enough, but not quite “enough.”

“How am I supposed to be? As opposed to just being and believing that that’s enough, which is in some ways rooted in our experience of not ever thinking that we are enough,” she asks.

The episode also featured interviews with Candace Bushnell, the creator of Sex and the City, who explores her road to writing women characters who identify with the true essence of women in each phase of their lives.

Meghan also spoke to activist and actress Michaela Ja? Rodriquez, who discusses how she was able to truly embrace her identity at such a young age, and how it’s helped her as she has gotten older and broken out in Hollywood.

Tuesday’s episode is the penultimate episode for the first season of Archetypes. Over the course of the series, the duchess has had open and honest conversations with Mariah Carey, Issa Rae and more women in entertainment, education and philanthropy.

Meghan Markle Shares Advice Given to Her Ahead of Royal Wedding