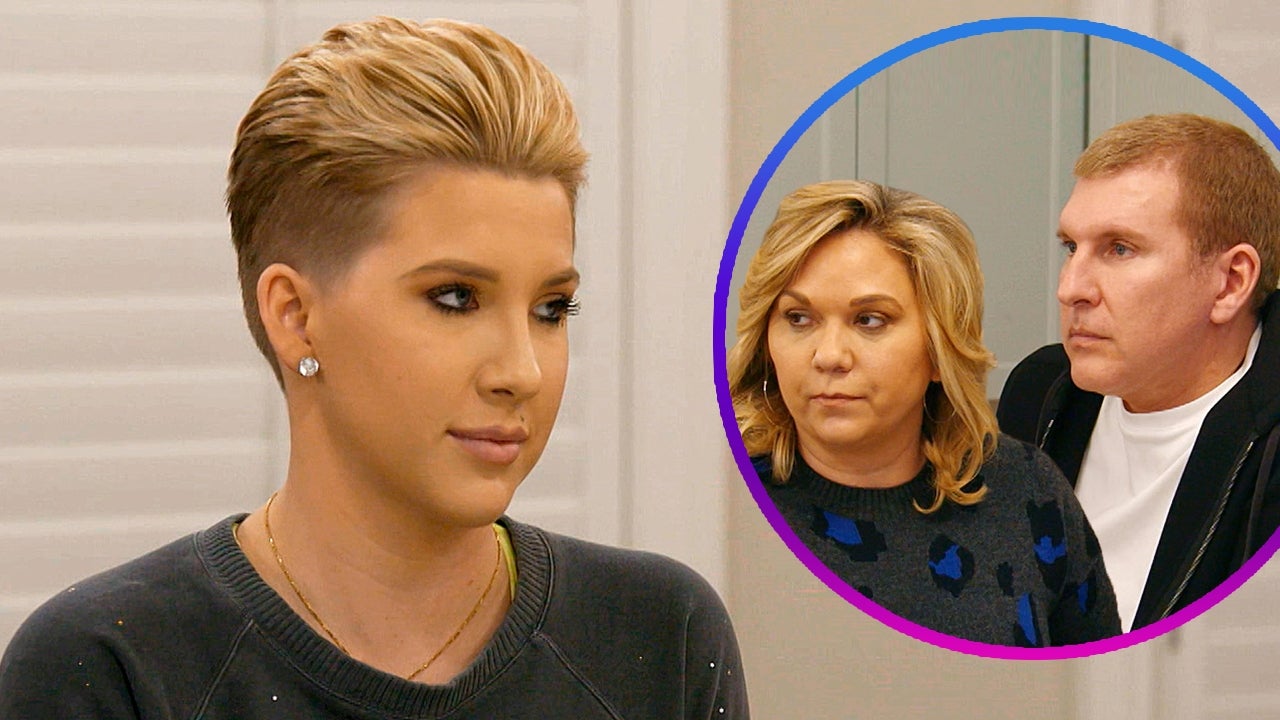 Savannah Chrisley is getting candid about her own struggles amid her parents’ sentencing — Todd and Julie Chrisley were sentenced to a combined 19 years in federal prison Monday in their tax fraud case.

On a new episode of her podcast, Unlocked with Savannah Chrisley, the reality star talked about her mental health, suffering from bad depression as a teen and how she’s coping with this major shift in her family.

“It’s always been made that my dad is my best friend and he and I are the closest, and we’re the closest because of other reasons, of trauma and things that we’ve bonded over,” Savannah shared. “And as a kid, you just connect differently with your parents, but the older I’ve gotten, the closer I’ve become with my mom and the more I’ve realized, that if I can just be half of who she is, I’m gonna be great in life.”

She continued, “And when it comes to my dad, I think the hardest part about this for me is, he’s always been the one I’ve gone to for the emotional things too, and I know I touched on this on my first episode of talking about my own battles with depression and where that’s led me, and this whole experience is kind of — it’s taking me to a really dark place.”

Savannah revealed that she tried taking her own life as a teenager and turned to her dad during that tough time not only for his support, but as a sort of therapist who helped get her through it.

“I suffered from really bad depression, and I remember that next morning waking up and there being a devotional that my dad had gotten in his email from Joel Osteen, and that’s why I speak so highly of Joel, because he kinda saved me,” Savannah said of the morning after her suicide attempt. “And the devotional was Romans 8:28, and it stated that through whatever hardships and adversities you go through, God’s gonna turn around and use it to your advantage, and it was literally like, in a snap of a finger, I went from this anger towards God, to in my heart saying, ‘All right, God, you know what, why not me?’ Like, what makes me any better to have to go through these things than anyone else?”

Growing up on TV on the family’s reality show, Chrisley Knows Best, played a factor as well, with Savannah sharing that despite being in the public eye, she was able to hide her depression from the world.

“But through it all, Dad — both my parents were always there, but Dad has always been more of a communicator,” she added, “and I say that he saved me because he invested so much time and energy into me, and making sure I knew it was OK to feel, and that I’m not the things that people say about me, and he really dug deep in helping me to identify my trauma and just letting me know I’m not alone, no matter how alone I felt.”

Calling her parents invaluable in her life, Savannah got emotional at the thought of her parents not only being taken away from her family, but from society. It’s been particularly trying, with those feelings of depression rearing their head again amid her parents’ legal drama.

“I mean, I couldn’t tell you the last time I actually worked out, which used to be my thing, my go-to. It would get me out of somewhat of a depression,” Savannah said of how she’s handling the sentencing. “Whatever feeling I was feeling, I’m just feeling down, but I think I’ve been in such a deep depression that I don’t even have the motivation to do that.”

She continued, “I’ve definitely — I’ve lost weight. I’m not really eating. My anxiety and depression is so bad that I literally feel, like, nauseous half the day. That’s also a point that I want to prove, that it doesn’t matter what someone posts on social media. It doesn’t matter the smiles that you see, it can all be a lie, and that person can be struggling. I’m a prime example of that.”

Her podcast, however, has served as an escape, with Savannah telling ET last week that she got to a point where she “needed an outlet” for herself.

“My mental health is more important than all these other projects that I have going on and I need an outlet to voice how I’m feeling. Chances are if I’m feeling this way, so many other people are feeling the exact same way. So, I want to take what I’m going through and make a difference in even one person’s life,” she added.

While the Chrisleys are reeling on the heels of Todd and Julie being sentenced by a federal judge to 12 and seven years behind bars, respectively, Savannah said she’s still putting her support behind her parents, telling ET, “I know their hearts and I know the things that they are and are not capable of, and it was just really, really difficult and to not be able to state our truth.”

For more on how Savannah is coping, check out the video below.