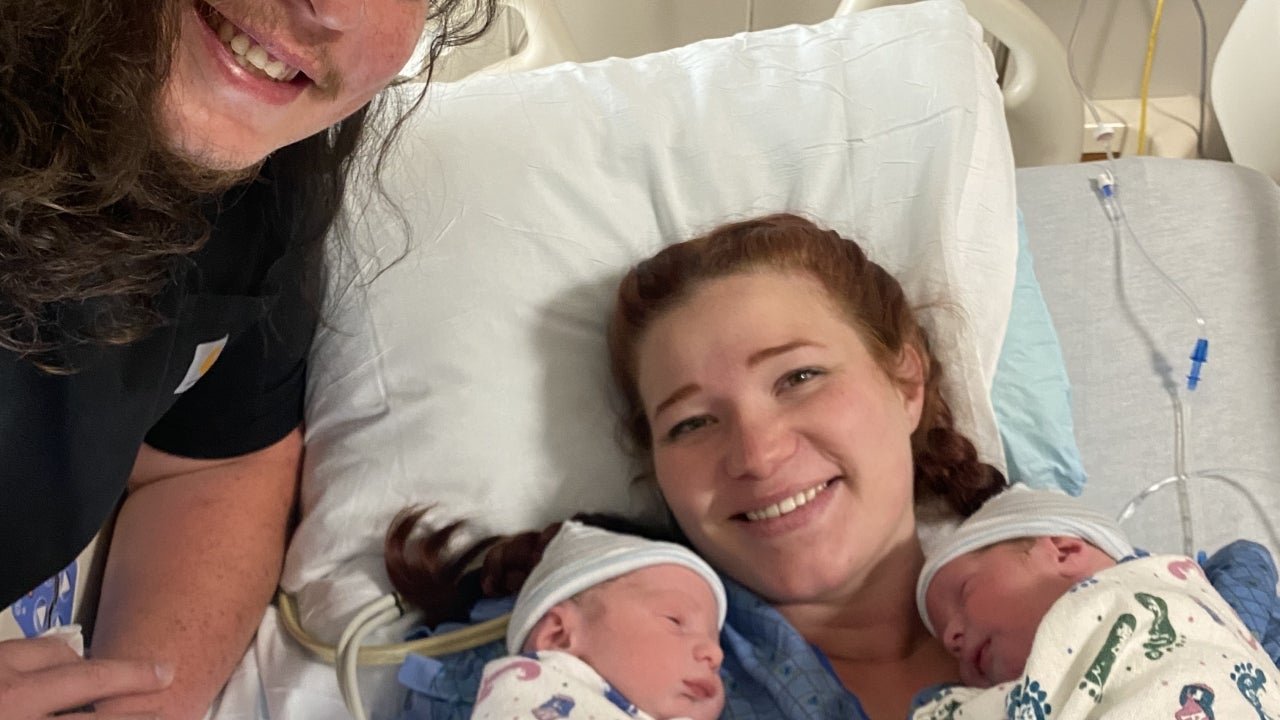 Her sons are named Archer Banks and Ace McCord, and were born two minutes apart on Nov. 17. Archer weighs 6.15 pounds and is 19 inches, while Ace weighs 6.8 pounds and is also 19 inches.

Mykelti, 26, and her husband, Tony Padron, are already parents to 1-year-old daughter Avalon, whose home birth was featured on the current season of TLC’s Sister Wives.

Christine and Kody’s fourth wife, Robyn Brown, both got to meet the little cuties, posing for photos with Mykelti’s newborn sons. Despite Christine and Robyn’s estrangement, Mykelti has remained close with Robyn.

Robyn was present via Zoom for Avalon’s birth and in a recent episode of Sister Wives, Mykelti assured Robyn that she’ll “always be mom,” no matter what is going on with her and Christine.

Mykelti has been updating her fans on her pregnancy on social media, and recently shared that she would be induced by Thursday, Nov. 17 at the latest in order to have her boys by her 38-weeks-pregnant mark.

At 35 weeks pregnant, Mykelti shared a mirror selfie showing off her impressive bare baby bump, writing, “My twin boys are doing great. Baby A is measuring 5.13lbs Baby B is 5.7lbs which is above average for their current stage. They also have hair and are running out of room in there. My body/pregnant belly is measuring 47 weeks!!! That’s 7 weeks past a normal pregnancy. AKA I’m really uncomfortable and don’t sleep well. But I have anywhere from today to three weeks left, so there’s an end in sight. Then a whole new and exciting/difficult challenge starts.”

Back in August, Mykelti revealed the sex of her babies alongside her husband and daughter, who popped blue powder in their backyard.

“Tony and I are expecting twin BOYS on December 1st, but they’re twins so really we’re thinking before Thanksgiving,” she wrote. “It was the last thing we both expected for both of them to be boys. We haven’t figured out names but we’re excited that Avalon will have two brothers to boss around.”

She’s also since shared that after having a home birth with Avalon, she planned to have a hospital birth for her twins.

“It’s really one of the most humbling things to watch in this life, to watch your kids become parents,” Christine said of Mykelti in a recent episode of Sister Wives after the birth of Avalon.

Mykelti’s newborn sons are Kody’s fourth and fifth grandchildren. He is also granddad to his and wife Janelle Brown‘s daughter, Maddie’s, kids Axel, 5, and Evangalynn, 3.

Christine publicly announced her decision to divorce Kody in November 2021. She has since moved to Utah to be closer to Mykelti and her other kids and away from her ex and the rest of the Brown family in Arizona.

For more on Christine’s new life in Utah, check out ET’s exclusive interview.