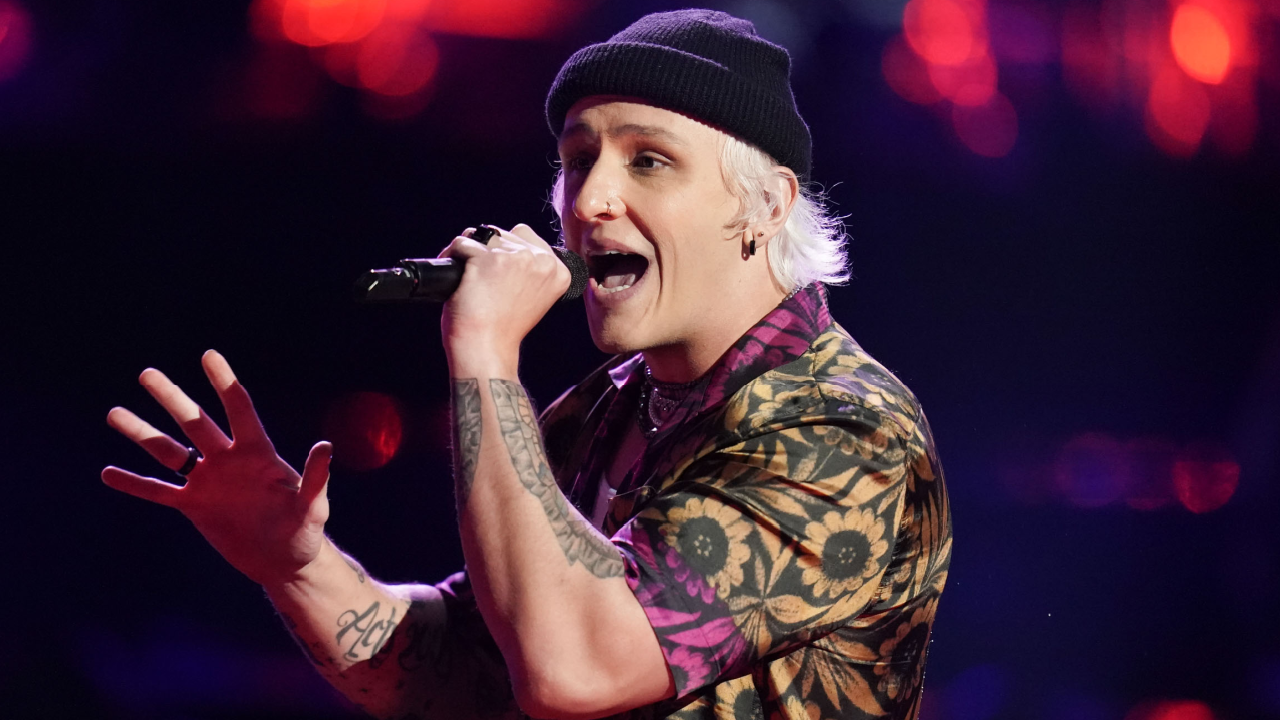 Last week, Bodie closed out the night with an incredible performance of Joji’s “Glimpse of Us,” that left Gwen practically speechless.

“I wasn’t expecting that kind of a song out of you,” she marveled. “Your voice is so unbelievably good, that you could literally do anything… It was mind-blowing!”

As for his coach, Blake told the cameras that he wished everyone at home could hear the way the studio audience was cheering for Bodie.

“The effect that you have on people… If the idea was for your to honor your family with that performance, I think you did it,” he raved, adding, “I’ll see you in the finale!”

Bodie just brought The Voice audience to their feet once again!

The Team Blake singer took the stage during Monday’s Top 13 live show to showcase his softer, soulful take on The Pretenders’ “I’m Gonna Be (500 Miles),” which was extra meaningful to the 29-year-old California native, as it was his wedding song with his wife.

The incredible rendition had coach Blake Shelton calling Bodie a “visionary” who made him “look at these lyrics in a way I never have before” during the pair’s rehearsals.

“People seem to like you, Bodie,” Blake praised. “My sister’s one of them. She cried, watching your performance.”

Following his performance, Blake’s wife and fellow coach, Gwen Stefani, was one of many in The Voice audience who were brought to tears.

“I’m crying, first of all,” she said as she offered her thoughts on the song. “Second of all, you are so gifted, and so talented… I can’t believe you’re not a huge star yet. Let’s go, guys!”

Blake agreed, telling Bodie, “Dude, this is your moment… People get it, they’re connecting with it, and it’s exactly what we all need right now.”