‘The Voice’: Blake Shelton Says Brayden Lape Has ‘a Future in Country Music’ After Top 13 Performance 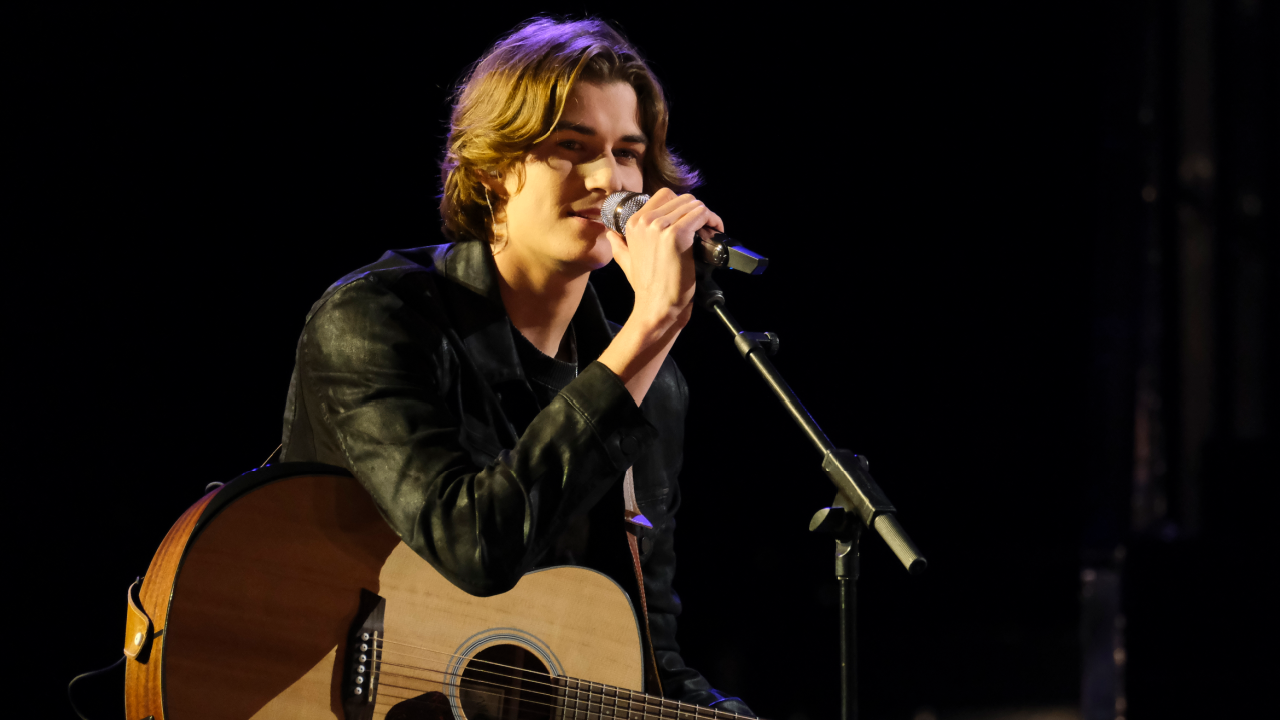 Brayden Lape might be the youngest singer on this season of The Voice, but he’s not short on talent!

Coach Blake Shelton couldn’t help but rave about the 16-year-old singer ahead of his performance of Sam Hunt’s version of “Come Over” by Kenny Chesney on Monday’s Top 13 live show.

“He’s so naturally gifted,” Blake praised, while his wife and fellow coach, Gwen Stefani, got right to the point, raving about how Brayden was “so gorgeous and so tall.”

“There’s just something about you You don’t really have to do much, and that’s rare,” Gwen added. “I want you to remember that about yourself, because you’re 16 and you’re only gonna get to know yourself better.”

“You just have that thing, she’s right,” Blake agreed. “You have a solid country voice that’s different, that’s unique, and you have a future in country music. Not to mention your future on this show.”

Ahead of the season 22 live shows, Brayden had a major moment during the final Three-Way Knockout round, where his cover of “Mercy” by Brett Young wowed the coaches and brought Gwen to tears.

“Brayden, there’s something so understated about what you do and it’s just so natural,” the No Doubt frontwoman praised after wiping her eyes. “I just want to say, as a mom, that I think you’re really good.”

“I think I’m in love with you!” Camila Cabello gushed. “I love that song. I think your tone is so beautiful. There’s, like, an emotional innocence about it. I know, like, every girl is falling in love with you right now.”

As for Blake, he couldn’t help but be impressed by the growth from his youngest team members. “Every time he gets on this stage, he’s taken huge steps,” he said. “So, I think once we get into the Lives, I think he could be holding the trophy at the end.”