‘The Voice’: Bryce Leatherwood’s Performance Has Blake Shelton Feeling Like a ‘Stage Mom’ 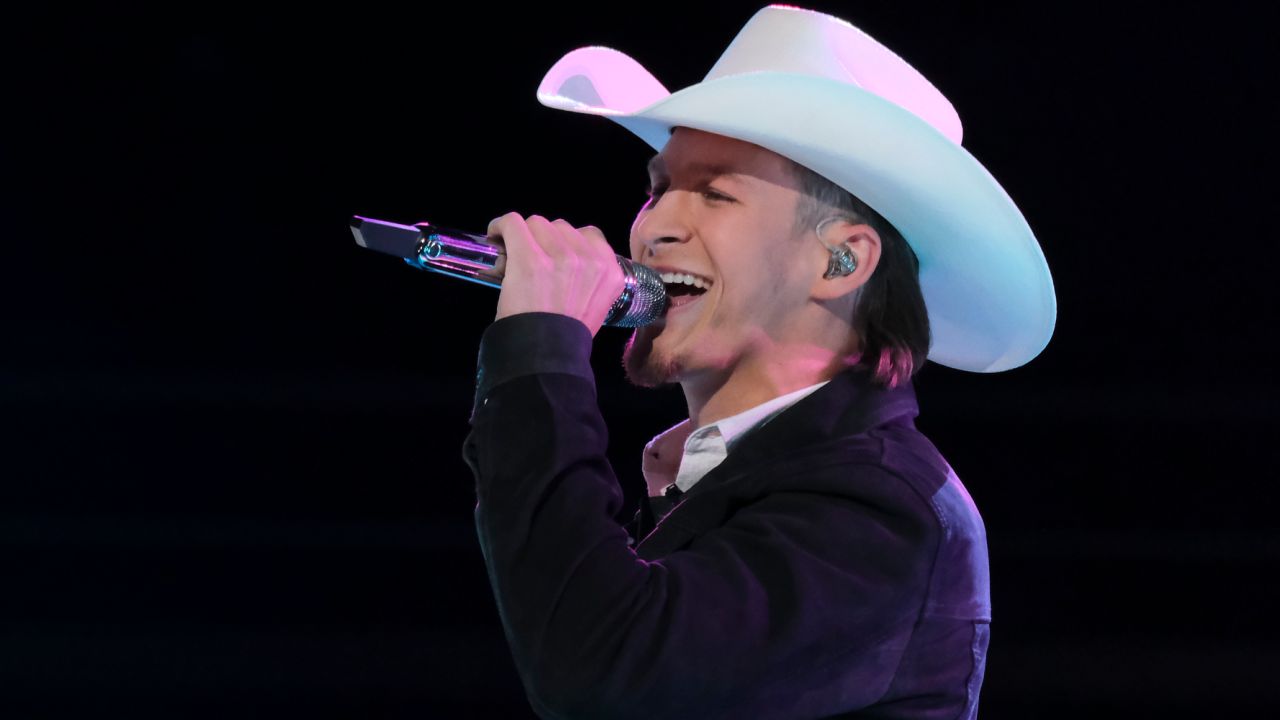 Blake Shelton has four incredible singers left on season 22 of The Voice — but his mother has no problem playing favorites!

Ahead of Bryce Leatherwood’s performance of George Strait’s “Amarillo By Morning” during Monday’s Top 13 live show, Blake admitted to the talented country star that his mother gave him grief for letting Bryce fall to the Instant Save last week.

“My mom may not speak to me for a few weeks,” Blake joked.

Fans will have to wait until Tuesday to find out if Bryce will make it yet another week, but his performance certainly impressed his coach — and likely his mom as well!

“This might be the first time I’ve ever felt like a stage mom,” Blake said of Bryce’s rendition of the country classic. “I love George Stait, and I love Bryce. The position you were in last week — who knows how it happens, but that’s how you fix it!”

“It just sounded so perfect and so natural,” John Legend agreed. “You look like a star up there.”

When ET caught up with the coaches ahead of season 22, John admitted that “everybody’s got really good team members” this season, making for some “tough” competition. However, he and Gwen Stefani — returning to the show for the first time since she and Blake Shelton tied the knot — agreed that they were working hard to make sure The Cowboy doesn’t get to add another trophy to his mantel.