Who Is Dorothy Stratten? Nicola Peltz on Portraying the Playmate in ‘Welcome to Chippendales’ (Exclusive) 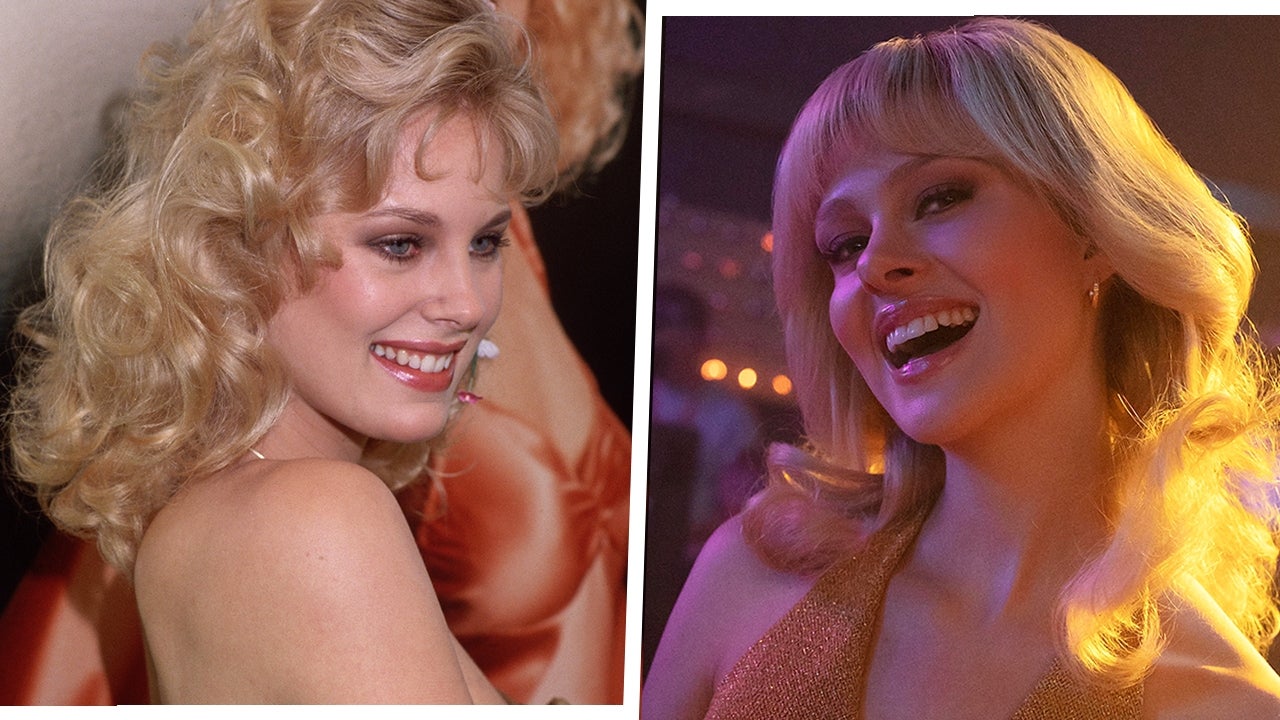 On the wildly fascinating limited true-crime series, Welcome to Chippendales, Nicola Peltz portrays the ill-fated Playboy model and actress Dorothy Stratten. She, along with her husband at the time, promoter Paul Snider (Dan Stevens), were two of several unexpected real-life figures who were key in making Somen “Steve” Banerjee’s (Kumail Nanjiani) dreams of running a successful nightclub a reality as he transformed his Los Angeles property from a backgammon club into a male strip revue.

While Peltz’s portrayal is brief, with her only appearing in the premiere before her untimely death is revealed at the end of the episode, Stratten has a lasting legacy of her own. “I’ve never actually played a real person and so being able to do that was amazing and scary,” Peltz tells ET about taking on the role.

Originally from Canada, Stratten moved to Los Angeles in 1978, just one year before the Chippendales were founded, and quickly found work as a Playboy model. Soon after she met and married Snider in 1979, the same year she made her screen debut after landing a few bit parts in low budget films.

Her star power quickly rose after she was named Playboy‘s 1980 Playmate of the Year and landed the title role in the sci-fi film Galaxina. By the summer of 1980, she landed her next film, They All Laughed, and soon started having an affair with its director, Peter Bogdanovich (portrayed by Philip Shahbaz in the series). After returning to Los Angeles, she filed for separation from Snider, someone who Hugh Hefner even reportedly encouraged her to leave.

When it comes to the Chippendales, in particular, Stratten’s biggest contribution was helping them come up with their signature “cuffs and collar” uniform. In 1980, she helped broker a deal between Banerjee’s nightclub and Playboy, which inspired the male dancers’ new look. (Chippendales would eventually get into a decade-long trademark dispute over the uniform.)

“When I read the script, I didn’t have a clue that Dorothy was connected to Chippendales. So, I think when she comes up with that idea, it’s really cool. I really loved that,” Peltz says. “I was like, ‘Oh, that’s really cool that she’s the one who [was] kind of inspired for her job [and] brought it to her husband.'”

Sadly, things did not end well between Stratten and Snider, who killed his estranged wife before dying by suicide in August 1980. According to the 2014 book Deadly Dance: The Chippendales Murders, which was adapted by co-showrunners Robert Siegel and Jenni Konner and director Matt Shakman for the Hulu series, “Police concluded that Stratten met Snider to discuss an amicable divorce. Not wanting to lose Stratten, Snider raped and murdered Stratten.”

Following her death, Stratten became a legend and the subject of the TV film, Death of a Centerfold, as well as The Killing of the Unicorn, Bogdanovich’s 1984 memoir detailing his relationship with the actress. The latter would eventually inspire lyrics in the hit Red Hot Chili Peppers song, “Californication.”

But Stratten’s story has been most encapsulated by Bob Fosse’s biographical film, Star 80, starring Mariel Hemingway and Eric Roberts. While a minor box office hit, the film garnered Roberts a Golden Globe nomination and has a lasting legacy as part of Fosse’s life behind the camera.