‘Bachelor in Paradise’ Finale: Michael Reveals Why It’s ‘Bittersweet’ to See Danielle With His Son (Exclusive) 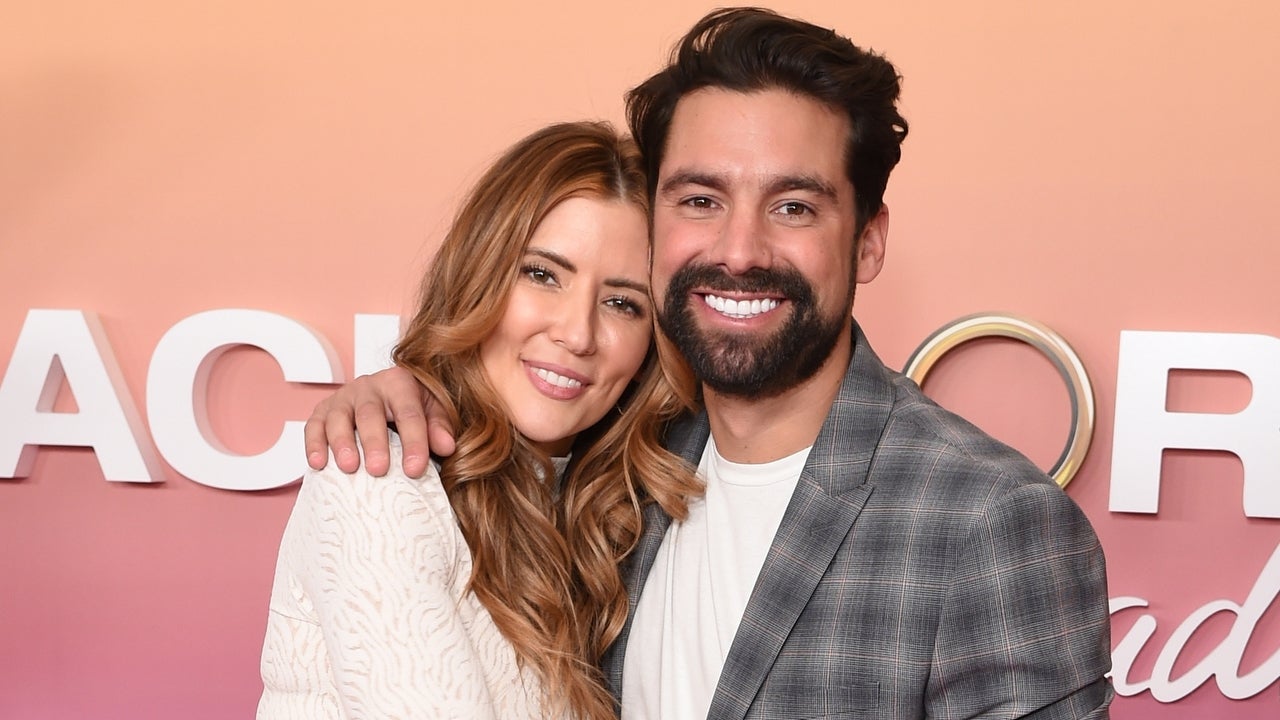 Michael Allio is sharing how it felt to see Danielle Maltby with his son. ET’s Denny Directo spoke to the couple after the season 8 Bachelor in Paradise reunion taping, and Michael revealed that it was “bittersweet” to watch James, 6, with his girlfriend.

Michael and Danielle left the beach together after connecting over the tragic losses they’ve experienced, the former with his wife, Laura, and the latter with her fianc?, Nick.

“At first, I gotta to be honest, it was a little bit bittersweet,” Michael told ET of seeing James with Danielle. “It was weird to see James with another woman, because of all of those things.”

The oddness of the situation quickly passed, Michael said, because “she has this amazing way about her of making everybody feel comfortable, of knowing exactly what to do by just being herself, not even being calculated.”

“Her and James have just developed this really beautiful relationship,” Michael added, before sharing a sweet story that shows how fond James is of Danielle.

“Last time she was in Akron, we’re taking her to the airport and James is upset that she’s leaving… Right before we got to drop her off he goes, ‘Danielle, do you want us to call you when you’re in there, so you have someone to talk to?'” Michael recalled. “… He’s really sweet.”

Things are going so well, in fact, that Danielle will soon be making the move from Nashville to Akron to be with Michael.

“It was so easy for me,” Danielle told ET of making the decision to move. “It’s the next step. A lot of people would be like, ‘Oh, what are you sacrificing in your relationship?’ It’s not a sacrifice. If you want something to work, you do that. It doesn’t feel painful or like you’re giving anything up. You’re gaining something.”

She will not, however, be moving in with her boyfriend and his son.

“She’s gonna get her own place. We’re gonna keep those boundaries,” Michael said. “As a dad, I’m always just cognizant of doing things at a pace that makes sense and checking in with him to make sure things work. She’s understanding of that.”

“I definitely wanted to focus on my relationship with James before [we moved in together],” Danielle agreed. “That just didn’t even cross my mind… ’cause that just didn’t feel like a safe thing for James. I wanna build my own little life up there too, and focus, like, on my work and actually date my boyfriend in the same setting.”

Dating is something both Danielle and Michael are excited to do now that their relationship is public knowledge, though there have been some advantages to keeping things under wraps in recent months.

“I will say, to some extent, it’s been nice not being distracted by anything outside,” Michael said. “When we are together, we’re in the house, we’re kind of in quarantine, we get to focus on each other. The beach moves really quick. We move at our pace… A lot of the greatest things that we’ve been able to experience today has been off camera, with each other.”

One special moment was caught on camera, though, when Michael told Danielle “I love you” for the first time at the BiP reunion.

“I think you can see it on my face. I’m like, ‘What?!'” Danielle joked of how shocked she was by Michael’s declaration, which was a meaningful one for him to make.

“On this show, things get thrown around all the time. For me, I have fought with girlfriends for the longest time about not throwing this word out. This goes back to grade school. I’ve only said it once in my entire life to one person. I hold on to it,” Michael told ET. “It has broken relationships up in my past, so yesterday was a big day. It was earned. It’s a big commitment. She also never puts any pressure on me to say it. I didn’t feel pressure because of the show. It’s just ’cause I meant it.”

No one’s more thrilled about Michael and Danielle’s relationship than Wells Adams, BiP‘s resident bartender and the nurse’s longtime friend.

“I’ve known Danielle since before either of us were on the show. We both lived in Nashville together. We had the same group of friends… I just want so much for her to be happy,” Wells told ET. “I’m just rooting for her, just in general, and then I got to meet Michael this season and realize what an amazing guy he is. They both have a tough past and both relate to serious issues… I was rooting for them… Sometimes the old guys gotta get a win.”

Michael and Danielle didn’t get to their loving relationship right away. Before Danielle arrived on the beach, Michael was spending time with Sierra, but he ended things when he realized his feelings weren’t as strong as hers.

“The whole Sierra thing, my intention was really she had the rose that week. I recognized that we weren’t endgame, and so I let her know when she had the power to make those decisions,” Michael explained. “… I had no idea that Danielle was coming down.”

For Sierra’s part, she told ET that she had “to create” her own closure because Michael “wasn’t really the best at consolidating all of the information and giving me a true, honest answer.”

“The timing [of Michael’s relationship with Danielle] was interesting, but at the end of the day, if he is happy, that’s all that matters,” Sierra said. “And I’m happy.”

Bachelor in Paradise‘s beach is officially closed for the season. Return to Bachelor Nation with Zach Shallcross‘ season of The Bachelor, which will premiere Jan. 23 on ABC.

‘Bachelor in Paradise’ Recap: Only Two Couples Remain on the Beach