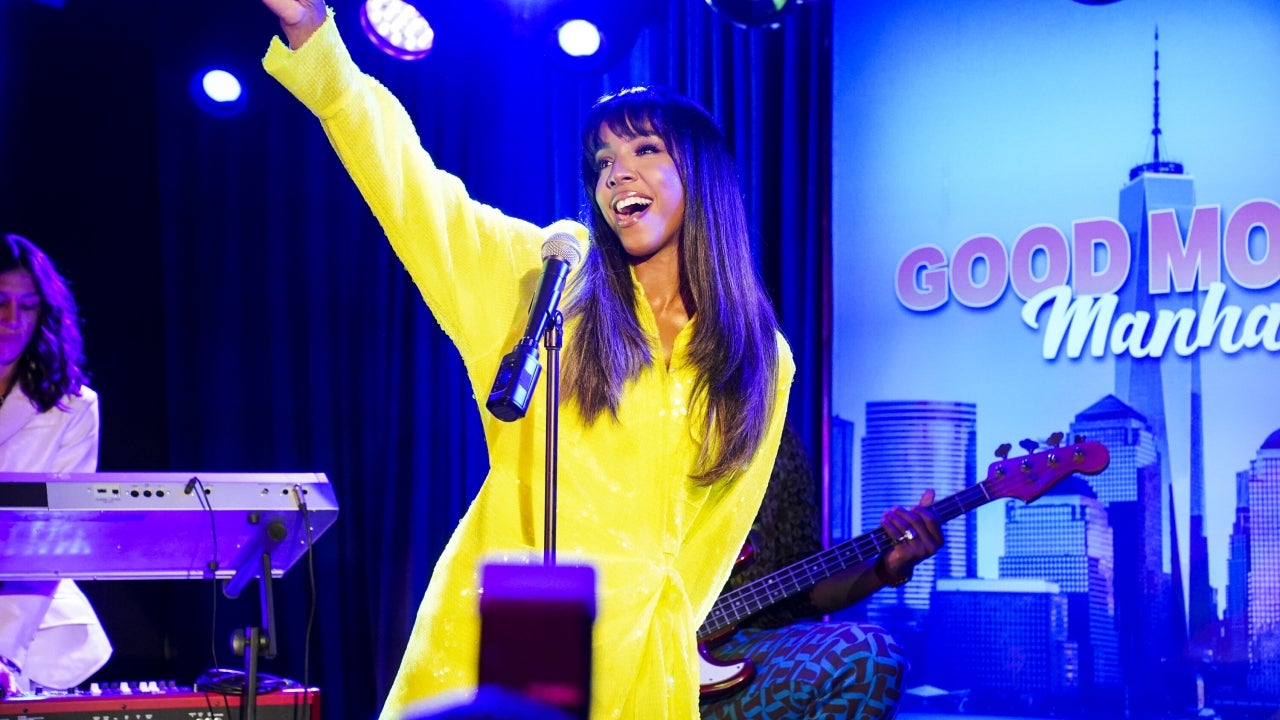 Kelly Rowland Makes a Surprise Announcement for Her Fans on ‘The…

Kelly Rowland channels her real life when she plays a superstar singer on the latest episode of The Equalizer.

On Sunday’s episode of the CBS drama, titled “Paradise Lost,” Rowland plays Misty, a successful singer who, upon deciding to retire from the music industry, receives a terrifying fan letter, prompting her head of security to hire Robin McCall (Queen Latifah) to track down the culprit.

ET exclusively premieres a sneak peek from the hour as Misty breaks the stunning news to her fans following a beautiful performance of her chart-topping song, “Paradise,” catching everyone — including her team — off guard.

“I love the fans so much. They’re the reason I’ve come this far and that’s why I wanted them all here today. Years ago, I was discovered on this very stage,” Misty says onstage, “so it’s fitting that my performance tomorrow night will also be my last.”

“I’m retiring from the music industry,” she announces to audible gasps. Watch ET’s exclusive clip to see what happens next.

The Equalizer airs Sundays at 8 p.m. ET/PT on CBS.

‘The Equalizer’: McCall and Mel Investigate an Asian Hate Crime