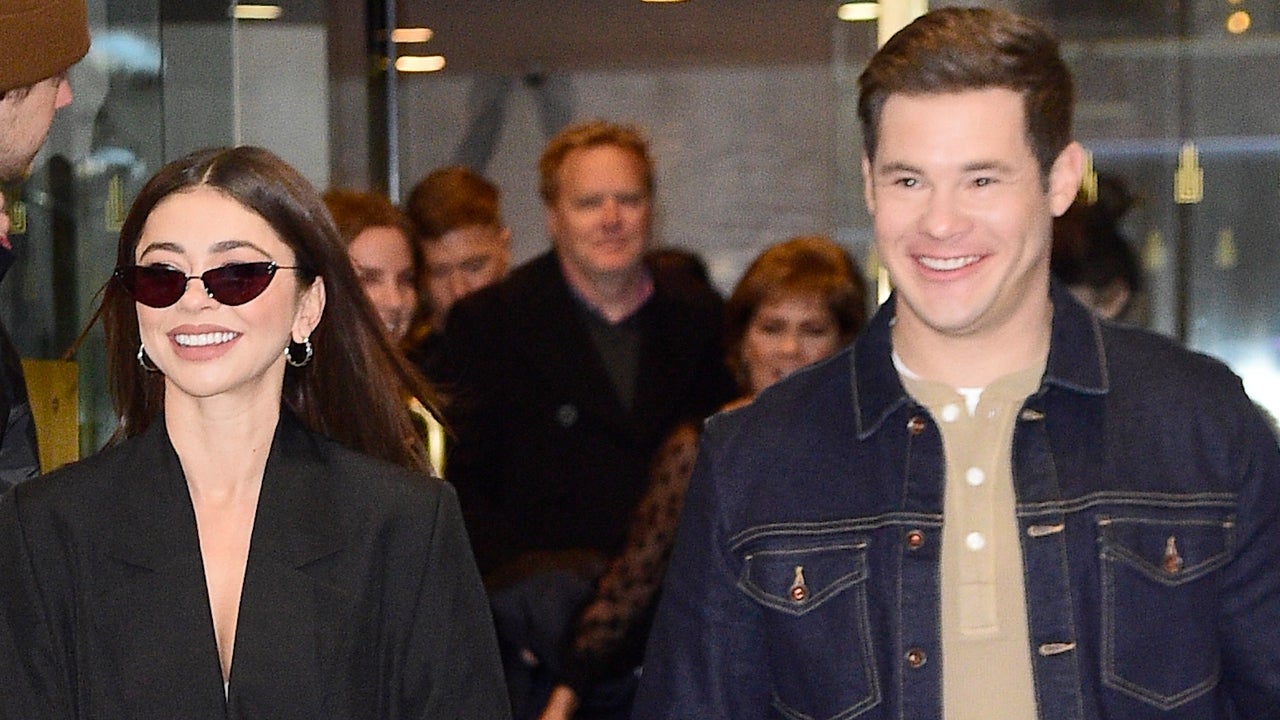 Aca-scuse me? Sarah Hyland told ET this week that she auditioned to join the Pitch Perfect 2 cast, but didn’t get the part because of her height.

“I was just a little bit too short that was the only reason that I heard,” Hyland told ET’s Rachel Smith. Though the casting may have fallen through in 2015, Hyland now joins Barton University alums Adam Devine and Flula Borg in Peacock’s new Bumper in Berlin series.

“Everything happens for a reason,” Hyland said. “We got to film in Berlin and it was just the best time. I’m just happy to be part of the franchise, I’ve been friends with everyone from it for years.”

It’s true — Hyland worked with Adam Devine on Modern Family, where he played her character’s ex-boyfriend. “It was so much fun being back together,” she said. “When I was given this opportunity to work with Adam again, I just jumped at it because we love each other.”

Hyland also spent time bonding with Flula Borg, who got to show her co-stars her home country while they filmed. “Normally I’m in Los Angeles, where there is no weather. It’s just a sun that vomits solar stuff in your face,” she said. “Germany has weather, it has climate it has, what else, marzipan — I tried to feed them crushed almonds and sugar! They weren’t having it, I ate it all myself.”

Borg, Devine, and Hyland continued reminiscing about their off-camera food adventures with ET’s Rachel Smith. “I also made breakfast sandwiches for them every morning,” Borg said.

The trio insisted that their antics led to a long-lasting friendship that brings life to their show, and Devine is sure the talent will continue long after the series’ premiere.

“I keep saying that in like 50 years from now when we’re all dead, you know how they do those Emmy things where it’s like in memoriam of all the old people that died? It’ll be a memorial of you, and they’ll be like she’s acted for 85 years because she’s so talented,” he said of Hyland. “She’s going to be like Betty White… I feel like I’m just happy to be a little blip on your rocket to stardom.”

Hyland and Devine also take to the stage together, tackling several song covers and an original song by OneRepublic’s Ryan Tedder throughout the show’s six episodes.

“I felt very vulnerable singing the original song,” Devine said, “so it scared me and intimidated me a little bit, but luckily she was there to carry a lot of it for me,” he said of Hyland.

“I mean Ryan wrote a beautiful, beautiful song that we both get the privilege of singing,” Hyland said. “It’s so cool… it blows my mind. I felt very lucky”