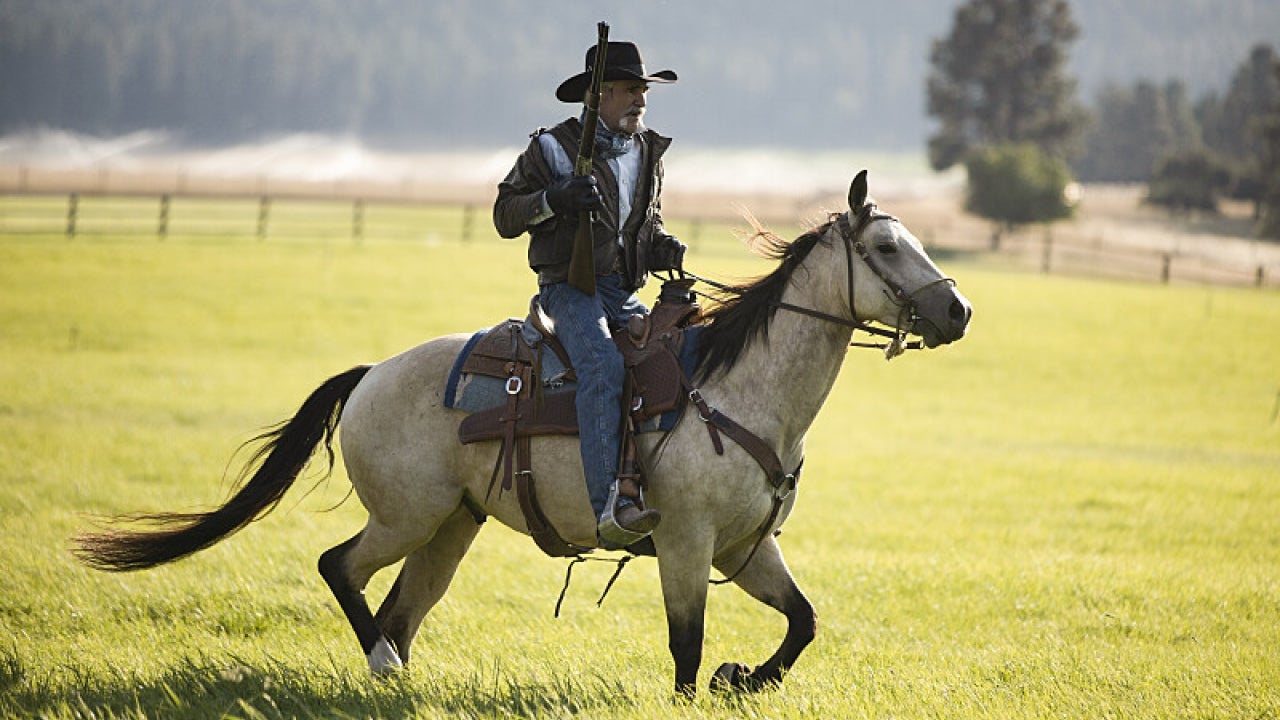 Saddle up, y’all! A new season of Yellowstone is here. With over 15 million viewers tuning in to the season 4 finale this past January, fans watched the premiere (which consisted of the first two episodes) of season 5 with a record-breaking premiere of the Paramount Network drama.

The fifth season, which has been expanded to a whopping 14 episodes airing in two parts, will enter episode 4 on Sunday, November 27.

Yellowstone follows the Duttons, a family of landowners who control the largest contiguous cattle ranch in the United States. The season 5 trailer shows John Dutton being sworn in as the new governor of Montana, and that’s only where the twists begin. The drama-packed series stars Kevin Costner, Kelly Reilly, Cole Hauser and more. Plus, after the success of the Yellowstone prequel, 1883, fans are also getting a few more spin offs.

Keeping up with Yellowstone has always been a bit tricky — the Paramount Network series, unlike 1883, is not available on Paramount+ — but we’ve got all the tips and tricks to make sure you can watch new episodes of Yellowstone in real time. Here’s how to watch Yellowstone season 5 (and catch up on past seasons in case you’re behind):

The latest episode of the western drama will air Sunday, November 27, at 8 p.m. ET.

How to watch Yellowstone Season 5 online

Cable’s most-watched series is available to watch, well, on cable. Yellowstone airs on Paramount — the channel, not the streaming platform — and will eventually be available to stream on Peacock.

If you’ve cut that cable cord and still want to tune into your favorite cowboy drama, don’t fret. You can access the Paramount channel through live TV streaming subscriptions such as Philo, DirecTV Stream, FuboTV and Sling TV — all of which offer free trials.

You can also purchase new and old episodes of Yellowstone through Amazon Prime Video.

Where to watch seasons 1-4 of Yellowstone?

The first four seasons of Yellowstone are currently streaming on Peacock.

Where to watch 1883, the Yellowstone prequel

Yellowstone’s prequel series, 1883, follows the post-Civil war generation of Duttons as they journey to Montana to establish the future Yellowstone ranch. The series is available to stream exclusively on Paramount+.

What are the new Yellowstone sequels?

Following the growing success of Yellowstone and its first spin off series, 1883, Paramount+ announced two more series with show creator Taylor Sheridan: 1923 and 6666. 1923 will star Harrison Ford Helen Mirren as relatives of 1883’s James Dutton, and 6666 will take place in the Yellowstone universe’s modern day, and is rumored to focus more closely on the ranch. Neither Yellowstone spin off series has a premiere date at present.