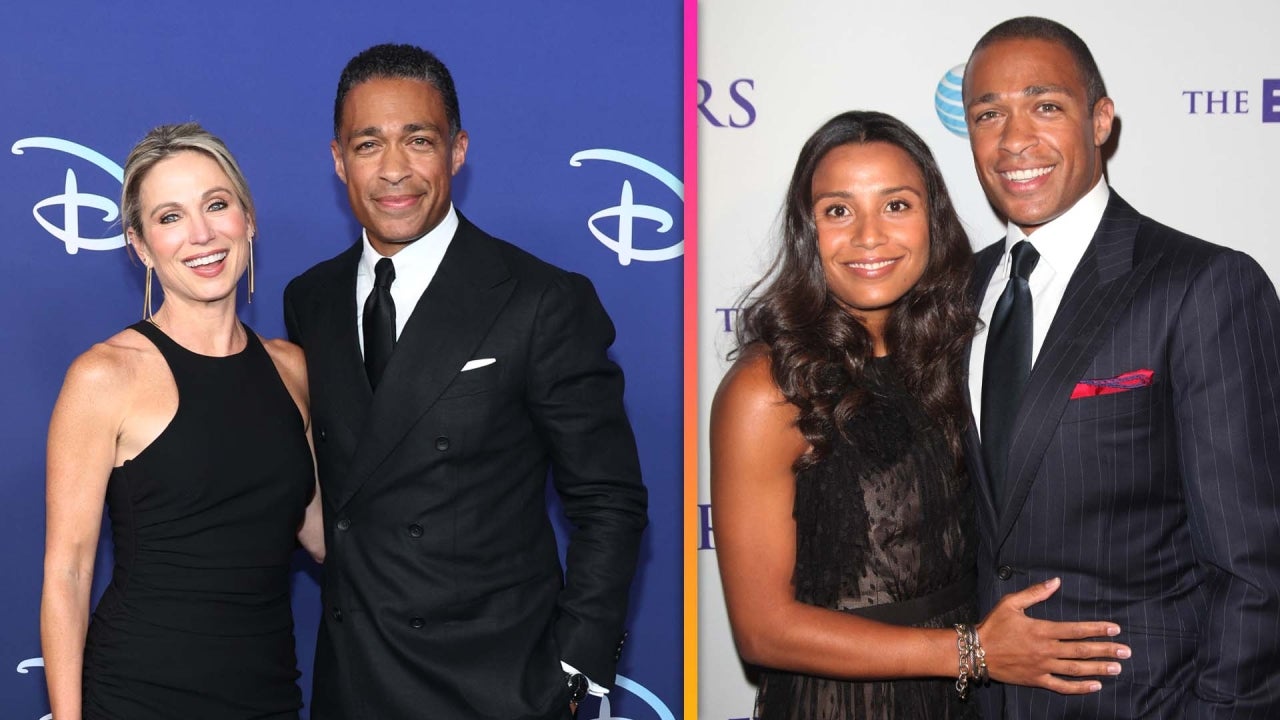 T.J. Holmes, who finds himself in the limelight over a previous affair with a former Good Morning America producer and his fairly new romance with co-anchor Amy Robach, once said he’s a huge proponent of marriage.

The 45-year-old made the comments during his 2014 audition to be a host for Entertainment Tonight. Back then, Holmes gushed over the concept of marriage.

“Marriage gets a bad rap so many times,” Holmes said at the time with a huge smile on his face. “I’m such a marriage proponent. I want everybody to get married. I think everybody should and I think you’re better off in doing so.”

Holmes and Marilee Fiebig tied the knot in 2010. They welcomed a daughter named Sabine in January 2013. He was previously married to Amy Ferson, with whom he shares daughter Brianna and son Jaiden. They divorced in 2007.

The TV anchor made the 2014 comments a few years into his marriage with Fiebig, a Roc Nation attorney. Holmes would eventually join ABC News as a correspondent and anchor in September 2014, but he now finds himself embroiled in controversy, after it has come to light that he had a years-long affair with a now former GMA producer. The revelation comes just days after news of Holmes’ relationship with Robach broke.

ET has learned this producer also worked with Robach at the time. The producer left GMA in late 2017. ET has reached out to Holmes, the former producer, ABC and GMA for comment. The Daily Mail and Page Six were first to report the affair.

It’s unclear if the same can be said about Holmes’ relationship with the former GMA producer.

As for Holmes and Robach’s respective marriages, sources previously told ET that Robach and her husband, Andrew Shue, as well as Holmes and Fiebig, had split before the new relationship became public knowledge.

Another source tells ET that both Holmes and Robach separated from their spouses in August. What’s more, the source said Robach and Shue had been in mediation already and preparing to announce their split. They sold their New York City apartment in September, so Robach was already moving out. The source adds that Robach and Shue’s divorce should be settled soon.

Holmes’ 2014 comments on marriage also surfaced just days after a two-year-old Facebook post of his dedicated to his estranged wife went viral.

Back in March 2020, Holmes took part in the so-called “10-year challenge” and he gushed over being married to Fiebig and how “despite my best efforts, she remained married to me the past 10 years.”

He added, in part, “That’s not hyperbole. I’m not being dramatic. I gave her plenty of reasons, excuses, and opportunities to walk her fine ass out the doooooooor. But instead, with her built-in black woman superpower, she showed a grace and patience that’s incomprehensible.”

T.J. Holmes and ‘GMA’ Producer Had an Affair Before Amy Robach Romance

Amy Robach and T.J. Holmes: Past Marriages and On-Air Chemistry

Amy Robach and T.J. Holmes Won’t be Disciplined by ‘GMA’ for Romance

Amy Robach & T.J. Holmes ‘All Anyone Can Talk About’ at ‘GMA’: Source