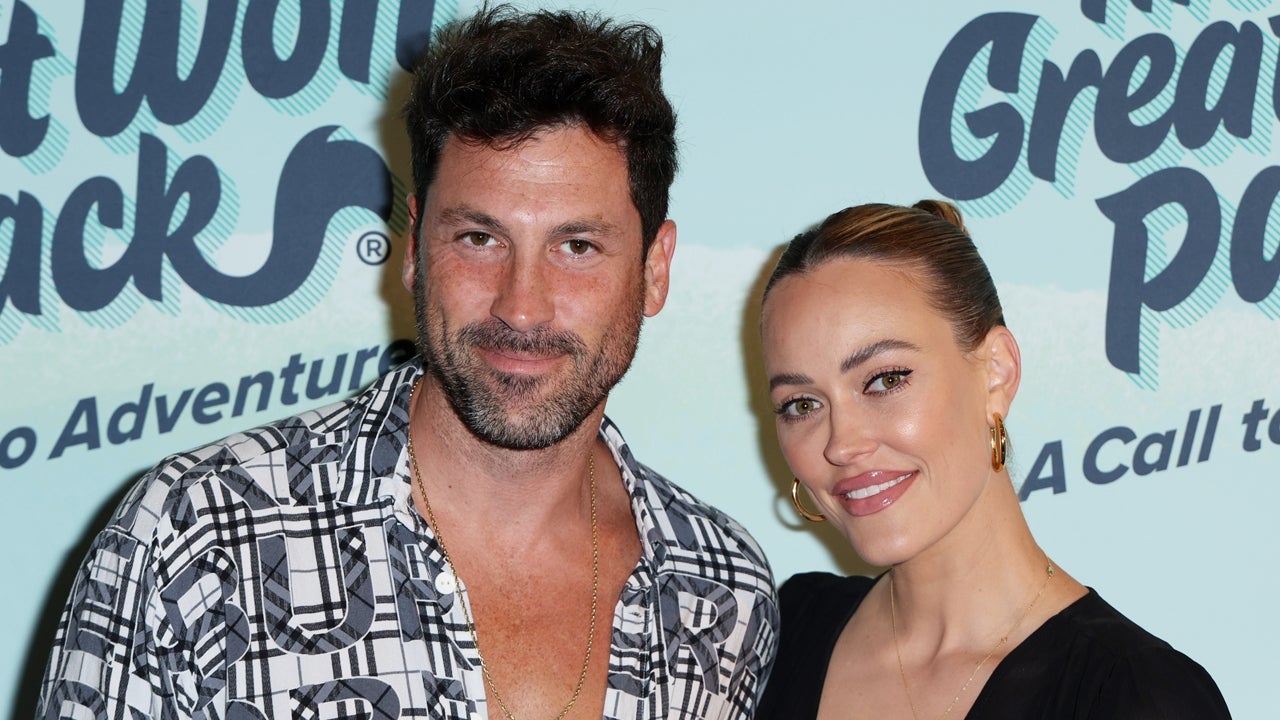 Maksim Chmerkovskiy is getting candid about his wife, Peta Murgatroyd‘s intense experience with IVF. ET’s Nischelle Turner spoke with Chmerkovskiy, who is expecting baby No. 2 with Muragtroyd, about the ups and downs of their fertility journey.

“I just want all of the ladies and couples that are going through this journey — and the ups and downs of it — there is a light at the end of it, just be patient,” the Dancing With the Stars alum advised. “I know it sounds rough to say, but it’ll all be good.”

The couple, who are already parents to a 6-year-old son, Shai, found out Muragtroyd was expecting right before undergoing a second round of IVF. The dance pro documented her IVF journey on social media, informing fans that her IVF transfer in August was not successful.

“I didn’t know we were going in for the second round,” Chmerkovskiy admitted. “I was hoping that this was gonna be put on pause because it was an incredibly stressful year. We found out in the last decade how to kind of really keep our bodies healthy, and one of the things that we’ve all been taught, is that stress is a major factor.”

That stress really came into play when Chmerkovskiy got stuck in Ukraine amid the country’s ongoing war with Russia. While he was able to make a safe return, the proud dad said it’s just one of the many factors that added to what proved to be a difficult season for the couple.

“Well, we’ve been trying to have a child for about two and a half years, before the war started, and so when last February came around, and Peta was on the couch watching me be stuck in Kyiv because I was filming a dance show, when all of a sudden everything began, that added to that stress,” he continued. “So, when we were going through IVF and it was very public and it didn’t work, Peta was near death for 24 hours, in extreme depression.”

Murgatroyd picked herself up and headed back to the dance floor, though, rejoining DWTS for its 31st season on Disney+.

“Then I watched her literally get up, dial our casting director and say, ‘I want my job back,’ and two days later, she was on Dancing With the Stars training her first celebrity, so my hat’s off,” Chmerkovskiy revealed. “I cannot tell you how proud I am of her, how just — getting emotional — but some of the strongest people are usually right around us, so, she’s definitely someone that I look up to.”

The pregnancy came as somewhat of a shock to the couple, Murgatroyd in particular, who was dancing right through her first trimester.

“IVF didn’t work, she got dancing and forgot about it for a second,” he explained. “And four weeks later, we were pregnant. She didn’t even know.”

Chmerkovskiy did have a bit of an inkling though and encouraged his busy wife to slow down in case there was a chance she was pregnant, especially after suffering pregnancy losses in the past.

“I was just saying, ‘Babe, you need to chill, you need to relax, you need to have a couple of months without either a war beginning or your father passing away.’ I mean, we’ve had five years of peaks and valleys if you can imagine, so everything is great, but we are again, if you ask me how happy we are by this child and about this — ecstatic. But we’re also extremely careful because we did it four times before where we were also ecstatic, and it didn’t work.”

“It brings me immense joy to finally announce that @maksimc and I are expecting our Chmerkovskiy #2,” Murgatroyd wrote alongside pics showing off her baby bump. “After 2 years of constant struggle and heartache, 3 miscarriages and a failed embryo transfer…we have a healthy bun in the oven :)) It was a shock to all of us and we found out right before I was going in for my second round of IVF.”

“I want to thank ALL OF YOU who’ve been on this fertility journey with me from the beginning. It feels like I’m sharing this news with my extended family,” she continued. “Thank you for sharing your stories and tips to get me through my IVF cycle and thank you for the plethora of encouraging comments and DMs …I read them all. This news has brought extraordinary bliss to our family, and we have so much to be grateful for.”

While Chmerkovskiy is busy getting ready for baby No. 2, he’s also hard at work on the Unify Ukraine campaign, a public service campaign on behalf of the Polish government to raise American awareness of Russia’s ongoing invasion that has torn apart the country and families of Ukraine.

On Jan. 22, almost one year after the war started, the campaign has created a special initiative to continue to aid the people of Ukraine and also raise awareness about the atrocities that are ongoing in the war-torn nation.

“This campaign right now that we’re a part of, unifyukrainecampaign.org, by the way, unifyukrainecampaign.org is where you can find all the information — this is not to say that America and Americans are not doing enough, this is to say that more is needed,” he explained. “This is to say thank you, number one, and then also to remind that it’s not over. The headlines are no longer Ukraine first, the headlines are about other things — Tom Brady may or may not retire, again, those are the headlines that are taking over. We have a life, it’s very far away from that region and a lot of these people are not a part of it.”

He continued. “I have an attachment, but not like everyone else, and so for me, it’s necessary for people that have personal attachments to the causes such as this, such as Iran and that nonsense that’s happening over there, such as all the countries that need help, for me bullying, any kind of act of bullying — it doesn’t sit right with me. And for me, what Russia is doing right now, and again it’s one man’s basically motivation is just not what it’s supposed to be, so we really want everyone to help.”

Information on how to help is available at https://unifyukrainecampaign.org/.

For more on the couple, check out the video below.

Peta Murgatroyd and Maksim Chmerkovskiy Are Expecting Baby No. 2