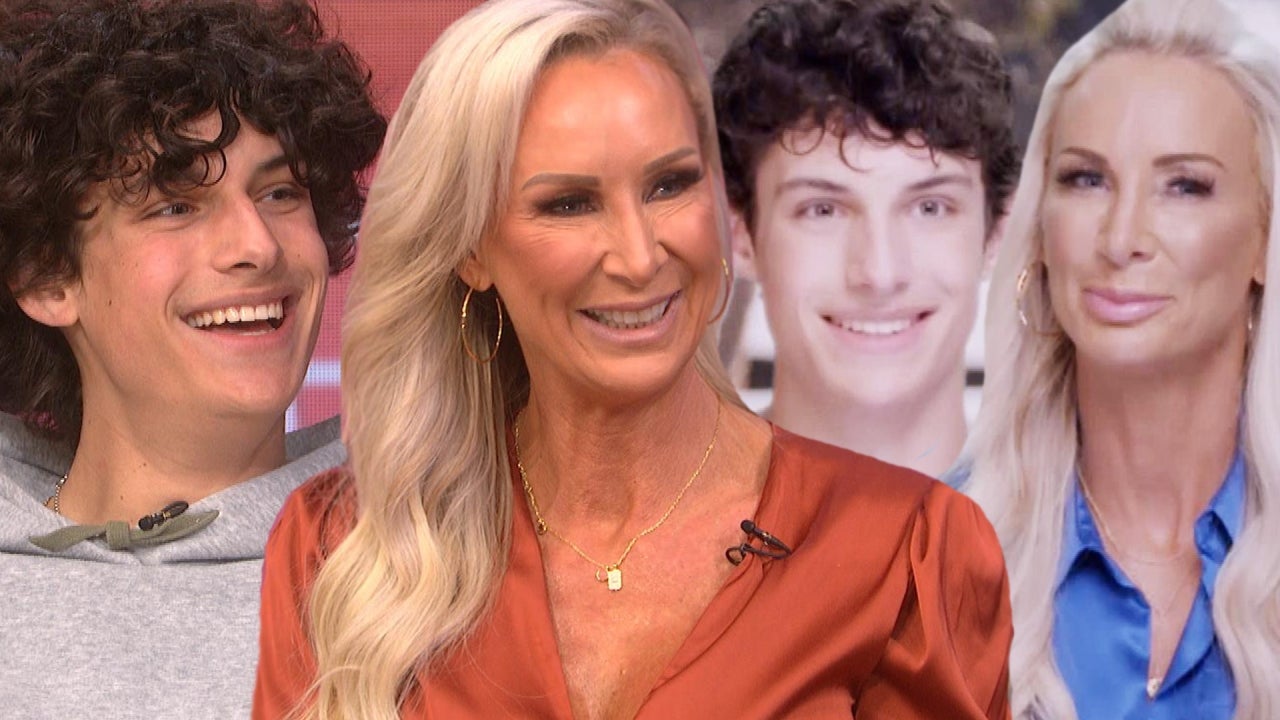 “I thought it was a joke,” Kelle told ET about her initial reaction to the curtain falling and her son, Joey, being in the lineup of dates. “I was like, ‘Why are you here? You need to go somewhere.'”

The mother-son duo knew they would be appearing on a dating show together. However, Kelle thought Joey was just going to be there to support and give her advice while she joined the dating pool.

While it seems like it would be weird, they were 100 percent open to the new experience.

“I signed up to date younger men and there they were,” Kelle said. “I didn’t get to pick who they were, so I made the most out of the whole experiment. I thought there was gonna be like 30 hot young guys coming out, and I thought I was gonna really get to pick [from] a whole big group of guys.”

Joey still had the chance to help his mom, as he knew which guys would and wouldn’t get his seal of approval.

Fans got a little taste of it during night one, when Joey ended things with Ryan, before he even had a chance with Kelle.

“I had to put the stop to it ’cause I know my mom wouldn’t hold back. So it was just me there just to keep her on the down low,” he added.

For Kelle, who got a side eye or two from the other moms, she noted that she wasn’t here to block her son’s fun — even though he did it for her.

“No, not once,” she said about putting restrictions on Joey. “When we were in group settings, we weren’t tied to each other’s hip. He let me do my thing, I let him do his thing and we were there to meet new people and get to know them and see if we could connect on a romantic level. I wasn’t there to go make friends with Pola or any of the other women. That’s not why I was there.”

And while there are still eight more episodes that will see the mother-son duos facing off in a series of challenges that hopefully lead to romance, Kelle promises there will be other action as well.

“There’s gonna be some steamy scenes,” Kelle teased. “Let’s be honest, everyone in the world is dating someone’s son. So let’s just keep it real.”