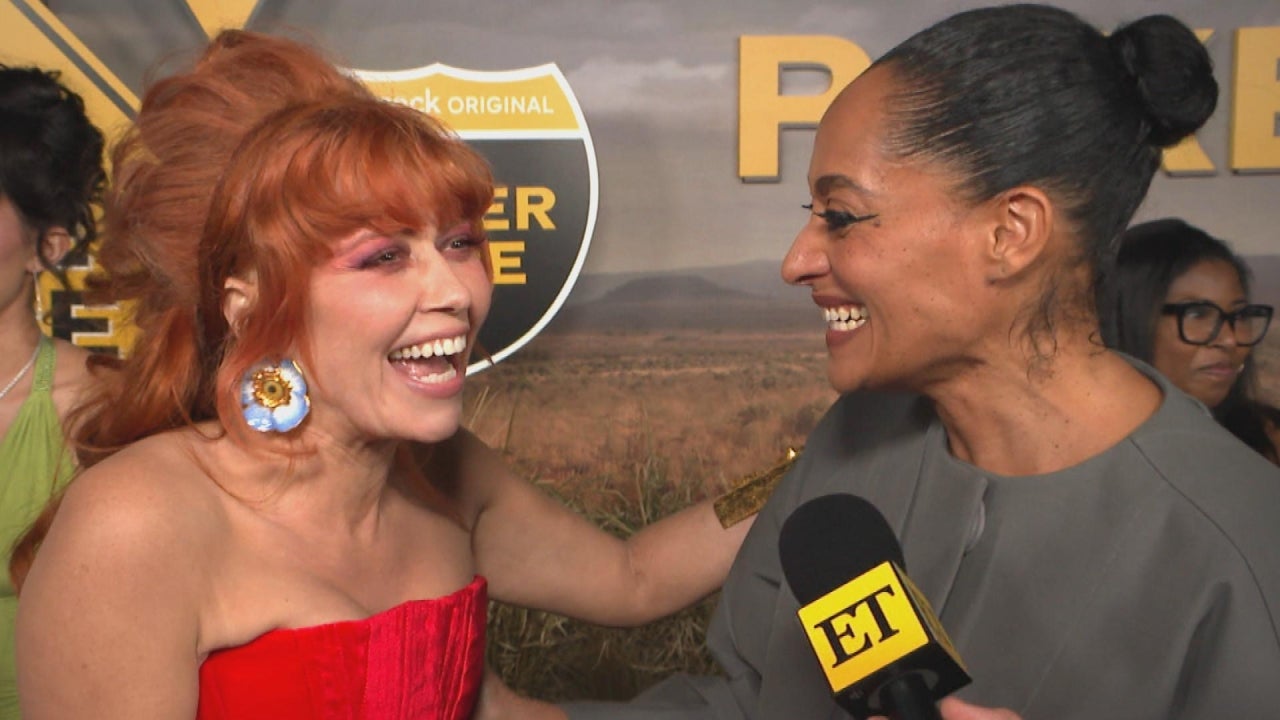 Natasha Lyonne had a lot to celebrate on Tuesday when she stepped out in Hollywood to launch her new detective series, Poker Face.

The star and executive producer of the Peacock mystery was surrounded by her famous friends at the Los Angeles premiere, some of whom appear in the 10-episode case-of-the-week series and some who showed up to lend their support.

One of those friends, Tracee Ellis Ross, crashed Lyonne’s interview with ET’s Will Marfuggi to express her love for her pal. The pair shared a sweet moment, where Ross said the best role Lyonne has done is her real, authentic self.

“The living one! The real thing,” the Black-ish alum praised. “I’ll take all the ones on the camera, on the screen, but this one, that’s the best version.”

“It makes me emotional. It’s the best part of doing all this, you know,” Lyonne said after Ross left. “You get these close friends, and you work with them and then you love them and then they’re around for life.”

Poker Face teams Lyonne with creator Rian Johnson, and follows Charlie Cale, the central protagonist who has an extraordinary ability to determine when someone is lying. She hits the road with her Plymouth Barracuda and with every stop encounters a new cast of characters and strange crimes she can’t help but solve.

“Rian and I were kicking around some ideas and who should she be and what is the show,” Lyonne said of Poker Face‘s early origins. “I feel like we landed in a pretty special place… She likes people and so she handles them, and I love that she sort of fights for the underdog and just believes in the truth.”

“It’s a 10-episode puzzle box and each one is standalone, and it takes you on the road and each episode is its own adventure,” she added.

Lyonne spoke about reuniting with Polanco, whom she worked with on Orange Is the New Black and Russian Doll, and other frequent collaborators from past projects.

“I love Dascha,” she said. “I try to keep the people that I love and respect so much very close and Chloe, of course, I’ve worked with on Russian Doll, and Clea DuVall and I go back to But I’m a Cheerleader [and] the film she wrote and directed, The Intervention. I really do love a reoccurring cast of characters in my life.”