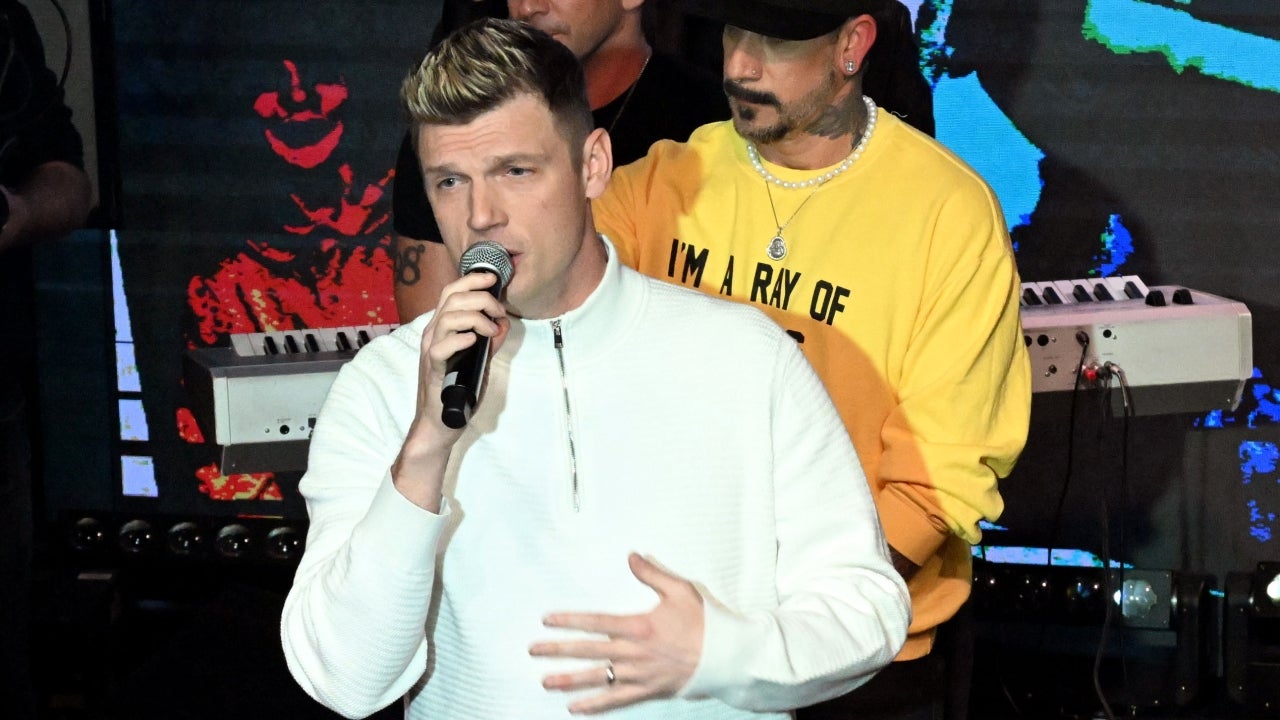 Lisa Marie Presley: How Twin Daughters Are Being Supported by Fa…

EXCLUSIVE: Jonathan Knight Opens Up About Hiding His Sexuality A…

Aaron Carter is being remembered by his family and peers. On Wednesday, Nick Carter and a few other celebrities teamed up for Songs for Tomorrow: A Benefit Concert held at Heart in West Hollywood. The event was in support of On Our Sleeves, a charity that works to help children facing mental and emotional health struggles.

In addition to Nick and AJ McLean from the Backstreet Boys, a number of other pop singers were in attendance and performed, including Ryan Cabrera, B. Howard, David Archuleta, O-Town, LFO’s Brad Fischetti, NSYNC’s Lance Bass and 98 Degrees’ Jeff Timmons. Actress Malin Ackerman was also in attendance, and Aaron’s sister, Angel, hosted the event with Lance. The event raised over $150,000, and all proceeds went to On Our Sleeves.

Throughout the evening, Nick and his fellow celebs spoke about the importance of mental health awareness.

There were also major performances! Lance and AJ sang NSYNC’s hit song, “Bye Bye Bye,” while Nick, AJ, Lance and Jeff performed BSB’s “Shape of My Heart” and “I Want It That Way.”

Nick also gave an emotional solo performance of his new song, “Hurts to Love You,” which he has dedicated to Aaron.