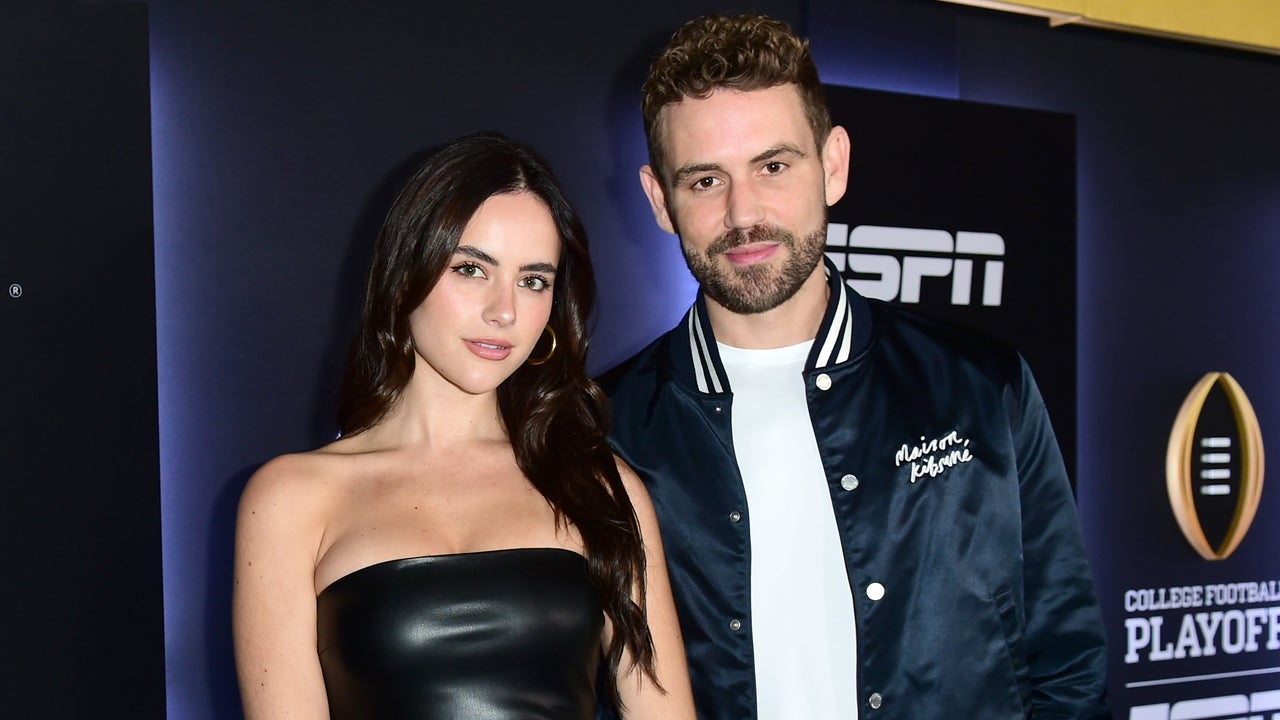 Tom Hanks helped Nick Viall pop the question! On the latest episode of The Viall Files podcast, the former Bachelor revealed how the A-list star unknowingly played a big role in his proposal to Natalie Joy.

When Viall set out to pop the question, he decided he wanted to do so by getting Joy to believe they were attending an event.

“My whole idea of even faking an event was I wanted her to get glam. I knew she wanted to look nice and special,” he explained. “… I had to figure out how to make sure she got glam and it had to be some sort of special event.”

With that in mind, Viall and his publicist created a flyer for a fake event for Hanks’ movie, A Man Called Otto. They sent the invite for the fake cocktail party and Q&A with Hanks to Joy and convinced her that it was important to attend and shell out the money to get glammed up for the evening.

Hanks’ publicist ended up finding out about Viall’s proposal plan, and told the actor himself too. “She told Tom that we were using his name and his movie… and I guess he got a kick out of it,” Viall revealed.

The reality star wanted the proposal to be a surprise until the last minute, so he hired extras to make it look like the event was full of people when he and Joy arrived.

“I don’t want her to show up to this event and have her be like, ‘This is weird. This isn’t a premiere.’ So we had extras… When we showed up to this event they were already in line,” he recalled. “… We had [my publicist] tell Natalie that it was this immersive experience, so people were going to go in one at a time. We got there, there were already people floating around. We checked in, they had a fake check-in list.”

Viall even made sure someone convinced Joy to hand over her purse, so she wouldn’t walk into the proposal carrying it.

“When we got there, they were like, ‘Purses aren’t allowed in this room,'” he remembered with a laugh, before Joy chimed in with her recollection.

Eventually, Joy was ushered into a room where she saw bright lights, a videographer and a photographer.

“I’m like, ‘What the f**k?'” she said. “Then there’s 200 candles lit and laid across the warehouse floor and then a TV at the end. It turns on and it’s Nick talking to me and he’s telling me to walk through the walkway, stand in the middle of the center.”

For the entirety of the four-and-a-half minute video, Viall was watching Joy from a loft.

“And then I said a couple of things down on one knee,” Viall said.

From there, the couple headed off to a party full of their family and friends.

“Walking into that party and seeing my mom there, I lost it… I was just so filled with joy and happiness,” Joy said. “All the people who flew out and came together to celebrate us was such a beautiful thing that I just couldn’t control my emotions. Throughout that entire party, I’m just screaming and I’m so happy.”

Viall concurred, stating, “This is how I always wanted to feel. It’s how I’ve always imagined I would feel… I am deliriously happy in life. Truly.”

While the podcast host said that he and Joy “haven’t done much” wedding planning yet, he noted that “it’s fun to already talk about” their nuptials.

Viall, who said he and Joy first began discussing the possibility of marriage in early 2022, previously gushed to ET about the prospect of spending forever with his love.

“We’ve been together two years and we live together, so obviously those conversations happen and it’s certainly exciting to think about a future with her,” Viall told ET. “I think she feels the same about me, which is exciting. I’m just very, very grateful to have the relationship that I have with her.”

Nick Viall on the ‘Exciting’ Prospect of Proposing to Natalie Joy