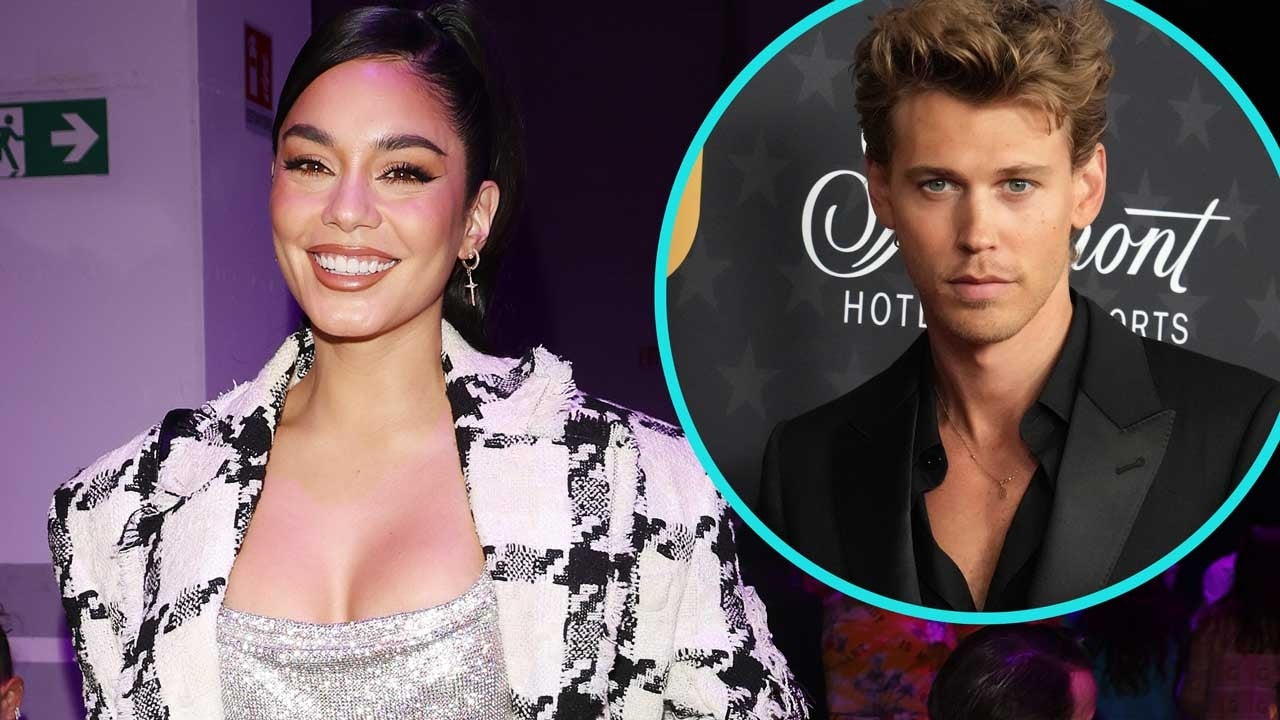 Vanessa Hudgens seems to be among those that feels Austin Butler should probably drop the Southern accent.

Butler has faced a lot of ribbing during his promotional tour and subsequent awards season campaign for not being able to really shake the accent he developed while playing Elvis Presley in Baz Luhrmann’s biopic, Elvis.

Recently, a news story was shared to Twitter about Butler’s voice coach for the film saying the accent Butler presents is “genuine” and might “last forever.”

Subsequently, an Instagram user posted a screenshot of the tweet, which he captioned, “He went to the Lady Gaga school of Oscar campaign acting.”

In a moment of subtle shade, Hudgens commented on the post about her ex-boyfriend, writing simply, “Crying.” She also liked the post — making it fairly clear that she at least finds the discourse around Butler’s Elvis accent to be entertaining.

Some actually credit Hudgens — who dated Butler for over eight years — for inspiring him to take on the celebrated role.

During an appearance on Live With Kelly and Ryan in August 2019, shortly after his casting in Elvis was announced, Hudgens recalled, “It’s so crazy, because last December, we were driving along and we were listening to Christmas music, and then an Elvis Presley Christmas song came on. He had just dyed his hair dark — he’s a natural blonde — and I was looking at him and he was singing along and I was like, ‘Babe, you need to play Elvis. I don’t know how, but I’m serious. You need to play him.'”

Austin told the same story years later, during The Hollywood Reporter‘s Actors Roundtable, though he didn’t mention Vanessa by name.

“I was looking at Christmas lights and there was an Elvis Christmas song on the radio. I was with a friend of mine and I was singing along and my friend kind of looked over at me and goes, ‘You’ve got to play Elvis.’ I said, ‘That’s such a long shot,'” he recalled. “… And then a couple of weeks later I was playing the piano. I never really sang for any of my friends or anything. That same friend was there. I was playing the piano. She said, ‘I’m serious. You’ve got to figure out how you can get the rights to a script and write something and do Elvis’ life.'”

This week, Butler’s voice coach, Dr. Irene Bartlett — who worked with the 31-year-old actor on his performance for Elvis — spoke withABC Gold Coast and said Butler isn’t faking it when it comes to the similarities between his voice and the King of Rock and Roll.

Bartlett said that after over a year of training and forming a “connection” with the character, Butler’s voice is authentic and here to stay.

“Because of COVID shutdowns, he was working on it all the time, and it’s difficult to switch off something you’ve spent so much focus time on,” Bartlett said. “You know, when he came into his singing lessons, he was dressed in ’50s-style gear.”

Bartlett added that instead of Butler doing an impersonation, director Luhrmann wanted to make sure the actor’s voice was trained to sing and speak in Elvis’ Southern drawl.

“What they wanted was a true connection with the personality of Elvis and his story and that’s what Austin worked on,” she said of her training with the star.

As a result of the formal lessons and vocal training, the actor’s voice went through a natural progression, and there is no telling when it’s going to change.

“I feel sorry people are saying that, you know, it’s still acting [but] he’s actually taken [the voice] on board,” Bartlett continued. “I don’t know how long that will last, or if it’s going to be there forever.”

In June, Butler dished to ET about his voice transformation, and admitted that even he wasn’t so sure about it.

“At this point, I keep asking people, ‘Is this my voice?’ because this feels like my real … it’s one of those things where certain things trigger it and other times as well it’s, I don’t know,” Butler said. “When you live with something for two years, and you do nothing else, I think that you can’t help it. It becomes a fiber of your being.”