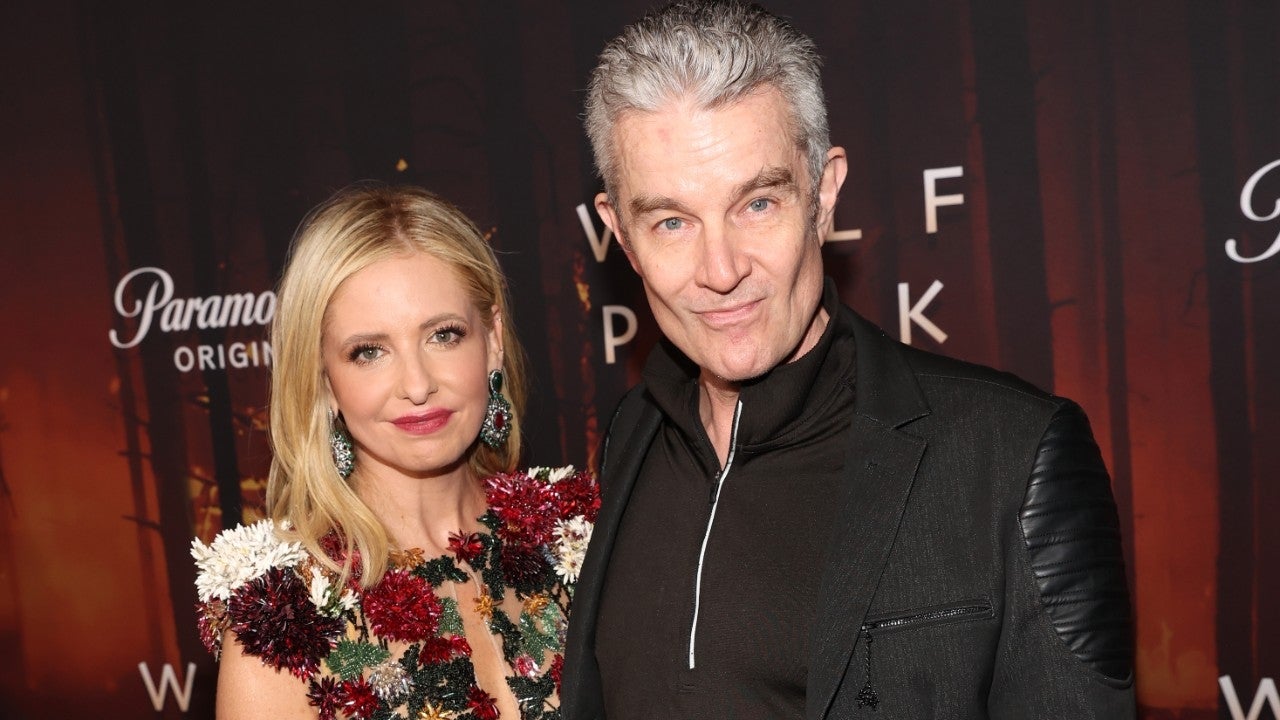 Sarah Michelle Gellar Opens Up About ‘Scooby-Doo’ Resurgence at …

Buffy and Spike together again! Sarah Michelle Gellar and James Marsters had a Buffy the Vampire Slayer reunion on Thursday as the former co-stars posed together on the red carpet for Gellar’s new Paramount + series, Wolf Pack.

The 60-year-old actor — who played bad boy vampire Spike on the hit series — dressed in all black and posed alongside his former on-screen love interest.

Gellar, 45, wore a flower-covered mini-dress for the event and was all smiles next to Marsters.

Also in attendance at the premiere was Gellar’s husband, Freddie Prinze Jr., who was coincidentally wearing an almost identical all-black look to Marsters.

Gellar and Prinze Jr. spoke with ET on the red carpet at the event about a potential reboot of their roles in Scooby Doo.

“You never know,” Gellar said of returning to the role of Daphne. “I think it depends on the story. I think you don’t wanna do things for the factor, just to surprise people. It has to be sort of innate for the show, so, you never know.”

As for Buffy, Gellar played titular character, Buffy Summers, on the Joss Whedon fantasy series for all seven seasons. Marsters joined the cast in season 3 as the villain Spike, who later became a love interest for Buffy and even appeared on the spin-off series, Angel.

Recently, Gellar has been outspoken about the “toxic” work environment she experienced on the Buffy set. Several of her other co-stars have also called out creator Whedon for his treatment of the cast, particularly women on the set. In a profile for The Hollywood Reporter, Gellar opened up about the Buffy legacy.

“I’m not the only person facing this, and I hope the legacy hasn’t changed. I hope that it gives the success back to the people that put in all the work,” she said. “I will always be proud of Buffy. I will always be proud of what my castmates did, what I did. Was it an ideal working situation? Absolutely not. But it’s OK to love Buffy for what we created because I think it’s pretty spectacular.”

After recently calling out the show for having an “extremely toxic male set,” Gellar added in her interview with THR, “I’ll never tell my full story because I don’t get anything out of it. I’ve said all I’m going to say because nobody wins. Everybody loses.”