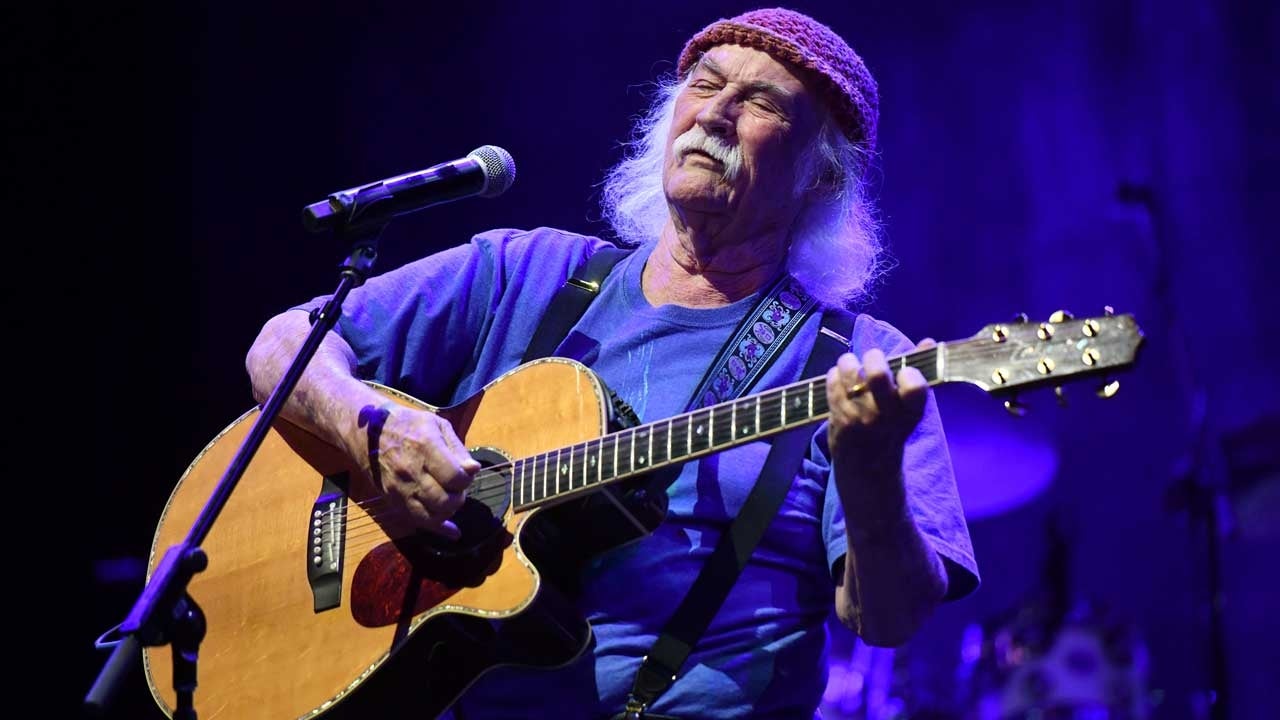 David Crosby, a founding member of The Byrds and Crosby, Stills & Nash, died on Thursday at the age of 81. News of the iconic musician’s death hit hard with many of his former bandmates, famous friends and fans.

In a statement shared with Variety on Thursday, his wife, Jan Dance, confirmed the sad news, revealing that the singer-songwriter-guitarist died after a battle with “a long illness.”

The Beach Boys’ Brian Wilson was one of the first to share a tribute and some memories of Crosby, writing, “I don’t know what to say other than I’m heartbroken to hear about David Crosby.”

“David was an unbelievable talent – such a great singer and songwriter. And a wonderful person. I just am at a loss for words,” Wilson wrote on Twitter. “Love & Mercy to David’s family and friends. Love, Brian”

Melissa Etheridge also mourned the loss of the musician — who was also the biological father of two of her children — and she share a photo of herself and Crosby sitting together and playing music.

“I am grieving the loss of my friend Beckett and Bailey’s biological father, David. He gave me the gift of family. I will forever be grateful to him, Django, and Jan. His music and legacy will inspire many generations to come. A true treasure,” she wrote.

The official account for The Doors shared their own tribute, writing, “The world has lost yet another ethereal fixture of the ’60s peace and love movement.”

“A legend within his own right, and every group he was a part of,” the tribute share, “coming up in the same era as The Doors, David Crosby had the voice and song writing abilities that made him completely unique…”

Here are some of the many touching tributes shared in Crosby’s memory.’