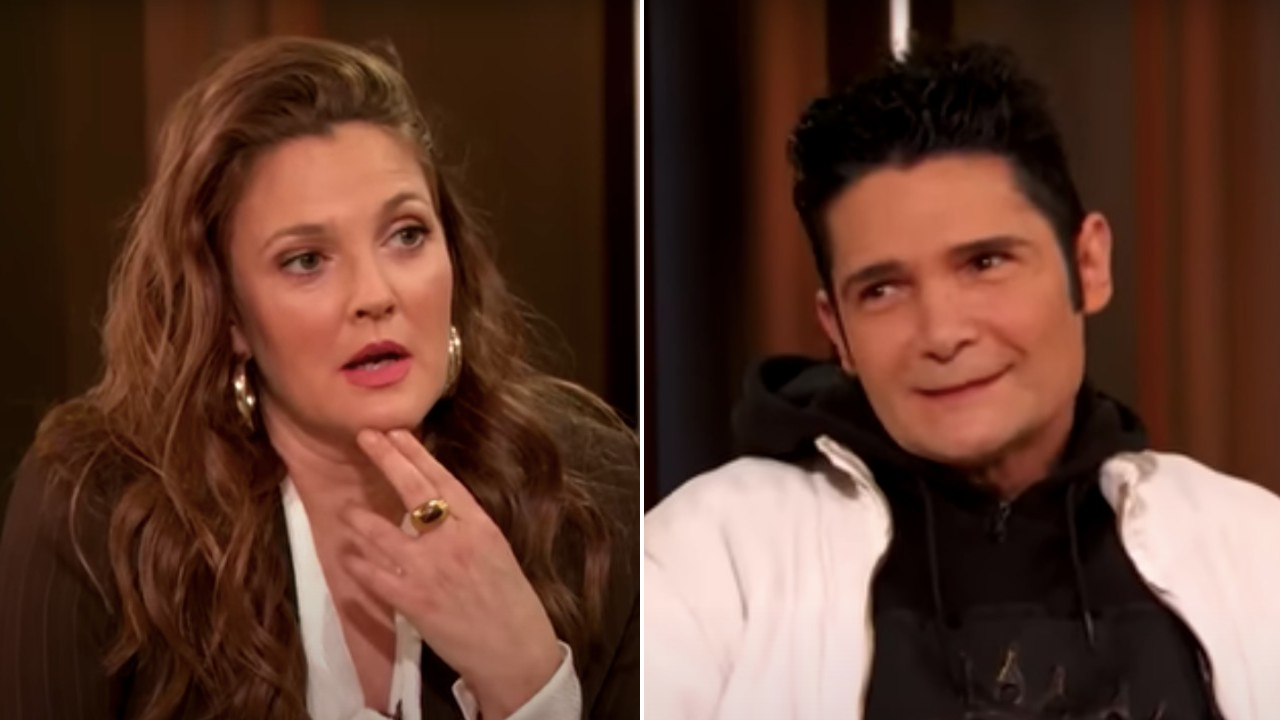 Drew Barrymore and Corey Feldman are reliving their past together. The exes had a touching reunion on The Drew Barrymore Show this week after 25 years apart, and they gushed about one another and growing up together.

“I’m so happy to see you. I can’t even tell you,” Barrymore tells Feldman, giving him a hug.

After 47-year-old Barrymore notes that they were “such kids together,” 51-year-old Feldman recalls their long history, saying, “We got sober together. We got unsober together.”

The Goonies star also reflects on their very first date when he was 12 or 13 and Barrymore was 10 or 11.

“I get a call one day, my grandmother says, ‘We got a call from Steven [Spielberg]’s office and the little girl from E.T. wants to meet you because she’s got a crush on you.'”

He shares that Barrymore’s mom, Jaid, wanted to get the two of them together for “a cute little playdate,” noting that they were so young at the time that they had to have adults drive them to go to a movie together.

“It was so cute. I remember taking you to the movies. I remember exactly which movie theater it was,” he shares. “You put your little hand up for me to hold. And that was the first. And after that we stayed friends. It was years after that that we actually dated.”

The two child stars started dating in 1989, famously attending the Oscars together, with Barrymore in an off-the-rack Betsey Johnson dress.

“I remember looking around and thinking, ‘Oh, I’m very underdressed,'” Barrymore jokingly recalls. “And you looked so cool.”

“We were such the great little, cute little item for the three months where we lasted,” Feldman says of their romance.

Barrymore also gives some insight into what initially attracted her to Feldman.

“I loved the idea of you and I loved you as an actor and the human. But getting to know you, that’s what I was always drawn to was your lack of ego,” she shares. “We were around many nice people and many people who fell prey to self-indulgence and you didn’t.”

Feldman isn’t the first ex Barrymore has reunited with on her show. Watch the clip below for more.

Drew Barrymore Reveals Why Ex Justin Long ‘Gets All the Ladies’