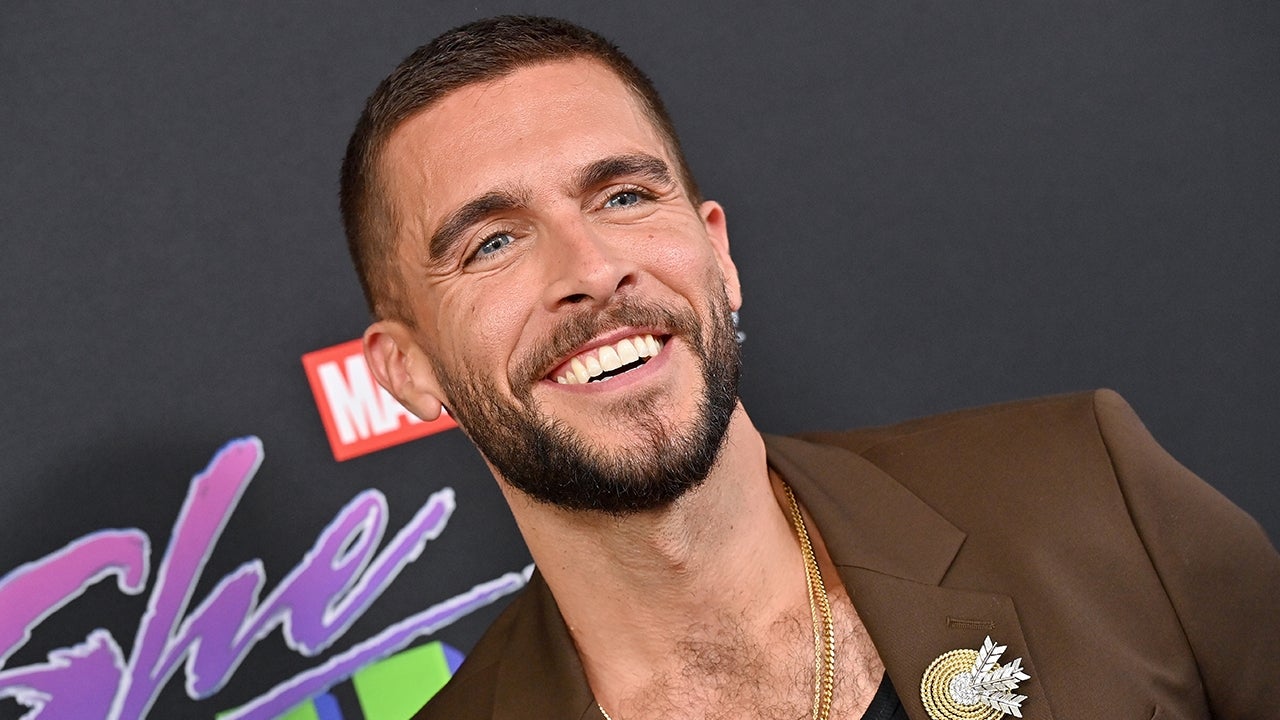 After first breaking out with roles in Arrow and Sirens and portraying Emilio Estefan in the Broadway musical, On Your Feet!, Josh Segarra has established himself as one of TV’s funniest supporting players, especially thanks to his turns as footwear enthusiast and rising designer Lance Arroyo on HBO Max’s The Other Two and the fun-loving supportive lawyer Pug on She-Hulk: Attorney at Law on Disney+.

This year, things only promise to get bigger for the 36-year-old actor, who kicks things off with a coveted role in Scream VI before following the slasher up with debuts of The Other Two season 3, which is currently filming in New York City, and The Big Door Prize, Apple TV+’s new comedy led by Chris O’Dowd.

“I hope people want to connect with these characters. I’m really proud. I’m really honored. I’m thankful to all the creators that have given me this,” Segarra says of “playing [these] quirky, weird characters.”

During the 2023 Winter TCA Press Tour, where the streaming platform shared the first look at the upcoming series, Segarra updated ET on the exciting things to come onscreen in 2023 and if there’s a chance audiences will see him defending any other superheroes in the MCU.

Set to debut in the spring, The Big Door Prize is a quirky, character-driven comedy created by Schitt’s Creek producer David West Read about what happens to the residents of a small town after a mysterious machine appears in a general store, promising to reveal each of their true-life potential. “I think that’s something that’s super interesting,” Segarra says of the premise. “Either you run with it or it freaks you out, or it makes you want to change courses or it gives you confidence in what you’re doing.”

In the series, Segarra plays Giorgio, a former hockey player who loves to give his childhood friend, Dusty (O’Dowd), a hard time while also pursuing another friend, Cass (Gabrielle Dennis). “He’s an interesting cat,” the actor says, adding that there are “a lot of layers to Giorgio, literally and figuratively. He’s fighting through a lot of layers and that was so much fun to play.”

Of course, there’s no doubting the fact that Lance loves hard, especially when it comes to Brooke Dubek (Hel?ne Yorke). Despite the two being exes, Lance continues to be a presence in her and her family’s lives as they all continue to carve out a path in the entertainment industry on The Other Two. “I just hope that [viewers] see a relationship that they want to be a part of,” Segarra says. “Lance loves Brooke with all his heart. That’s his cookbrooke. That’s his Brookie monster.”

By the end of season 2, however, it seemed like Lance and Brooke might get back together, but Brooke ends things before they can officially start up again. And when it comes to what fans can look forward to, especially with Lance and Brooke, the actor says that their rollercoaster ride will continue into season 3.

“Where he left off, Lance had his fashion show with Chase [Case Walker] and you saw him fulfilling his potential, fulfilling his dreams. And you saw him at a place where he was really joyous,” Segarra says. “And where we pick up with them, they’re gonna see where they are. But don’t worry, Lance and the Dubeks are always gonna be a tight unit no matter how they express it.”

Although the series was quickly renewed for a third season in 2021, fans have been eagerly waiting for new episodes. And ahead of 2023, HBO Max finally revealed that season 3 would be coming out sometime this year. “I, too, am so excited for it to come out this year,” Segarra says, revealing that they’re going to be wrapping up filming soon. “It’s been a lot of fun to shoot.”

The actor adds, “We have a great thing and I’m just really proud of it. And I hope fans enjoy this next season when it gets here.”

Before either series comes out, Segarra will next be seen fending off Ghostface in Scream VI. While the full-length trailer has finally hinted at some of the plot details and teased the horrors to come, little is known about his character aside from the fact that he’s friends with the returning survivors — Tara (Jenna Ortega), Sam (Melissa Barrera), Mindy (Jasmin Savoy Brown) and Chad (Mason Gooding) — who all have moved from Woodsboro to New York City.

“To join this franchise is a huge honor. It’s something that I had so much fun working on,” he says, revealing that he’s been a longtime fan of the films. “I remember vividly seeing Scream one. I remember what buddies I was with. We were all terrified.”

When it comes to this sequel, especially with it being set in NYC, Segarra thinks fans are really going to enjoy it. “Come on, you put Ghostface in certain places in New York like a bodega. Woo boy, that was pretty freaky,” he says. “So, I hope the fans are surprised.”

Not only does Segarra agree with Ortega’s comments about the films gore and intensity, but it also promises to be very self-referential. “It’s such a storied franchise,” Segarra says, recalling what it was like to film the subway set piece. “All those Easter eggs [directors] Matt Bettinelli-Olpin and Tyler Gillett popped in there. When we were shooting that subway scene, just seeing all the little Easter eggs and how excited everybody was to be working on it. It was such a fun time.”

And while 2023 will see those three big projects coming out, there’s still no official word on whether She-Hulk: Attorney at Law is coming back for a second season. But one thing is certain, Segarra is ready to come back to the MCU as Pug. “We’ve gotta see Pug again. We have to,” the actor says. “There’s gotta be more court cases… I know that they’ve got Mr. Daredevil [Charlie Cox] running around the city. So who knows, maybe Pug gets to pop up in there.”

No matter what, Segarra says being part of the MCU has been an honor. “Working on Marvel, that was crazy. Every time we pulled up to the studio, I sent out a couple texts to my buddies just being like, ‘Can you believe this?'” He adds that it’s something he won’t ever take for granted. “I just hope to keep bringing Pug to life.”

‘The Other Two’ Creators on an Even Funnier, Molly Shannon-Filled Season 2 (Exclusive)

‘Scream VI’ Teaser: Jenna Ortega, Josh Segarra and Others Are Stalked by Ghostface