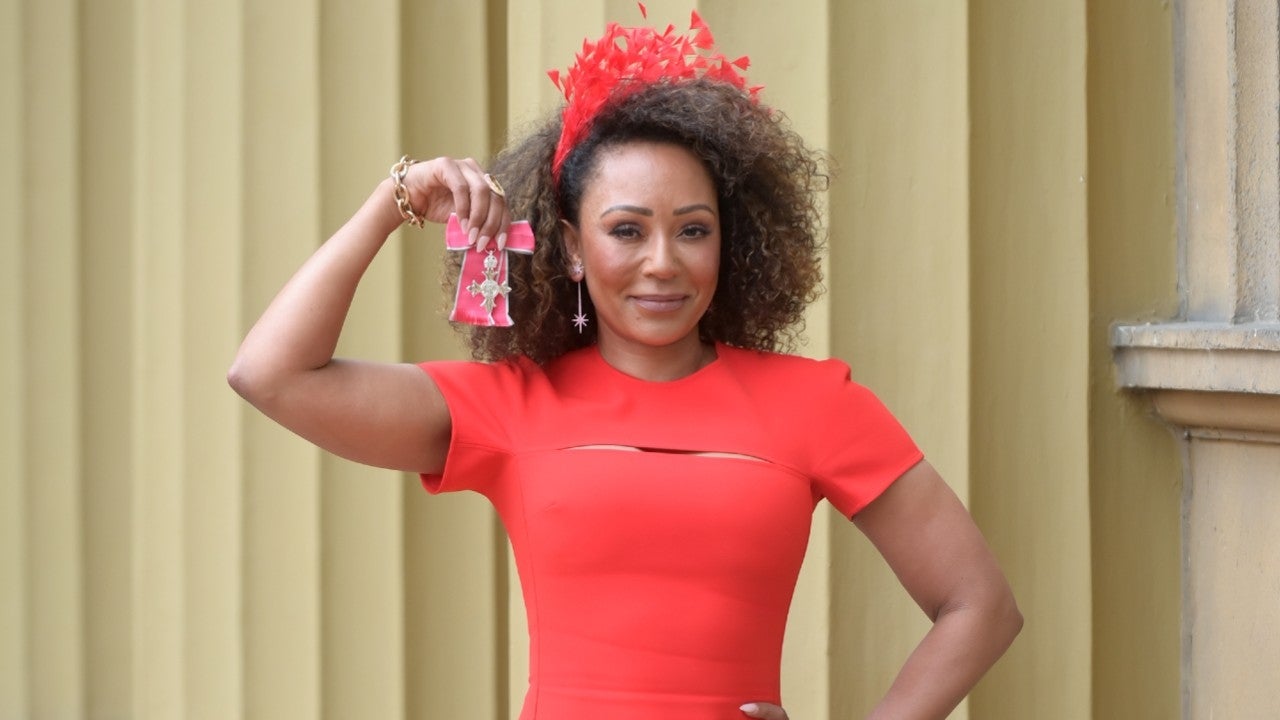 Careful with those hands, Prince William! Melanie Brown, a.k.a. Scary Spice, had an awkward moment with the future king of England. The 47-year-old pop star visited Buckingham Palace in May 2022 to receive her MBE — Member of the Order of the British Empire, but the actually pinning of the honor proved to be “quite embarrassing” for the musician and activist.

“It was quite embarrassing, actually, because I didn’t realize the medal actually goes here on your chest,” Mel B shared on Live With Kelly and Ryan. “And Victoria [Beckham] designed my dress, mine and my mom’s dress for the occasion. And she put a big slit right there. I was like, ‘Oh, sorry.'”

Mel B noted that her bright orange dress featured a slit across her cleavage, joking that her former Spice Girls bandmate made the design choice intentionally.

“I think she knew,” Mel B quipped of Beckham. “She did a number on me.”

Mel B also spoke about the historic moment with ET’s Rachel Smith while promoting her new show, Special Forces: World’s Toughest Test. She noted that the pinning of the medal wasn’t the only awkward moment from the day.

“I got my MB last year for my contribution and bringing awareness to domestic violence,” she told ET. “[William] was like, ‘So you’re here for the Spice Girls?’ as he’s pinning the medal to my chest. I was like, ‘No, I’m a patron of women’s aid, and I’m being honored for all the work that I’ve been doing with women’s aid and talking about domestic abuse. He was like, ‘Oh my god, really? So tell me more about it,’ and I was like, ‘There’s a whole queue of people waiting to get their MB, I don’t think it’s time for a chat right now.'”

Mel B’s Claims She Hooked Up With Geri Halliwell Are ‘Untrue,’ Source Says