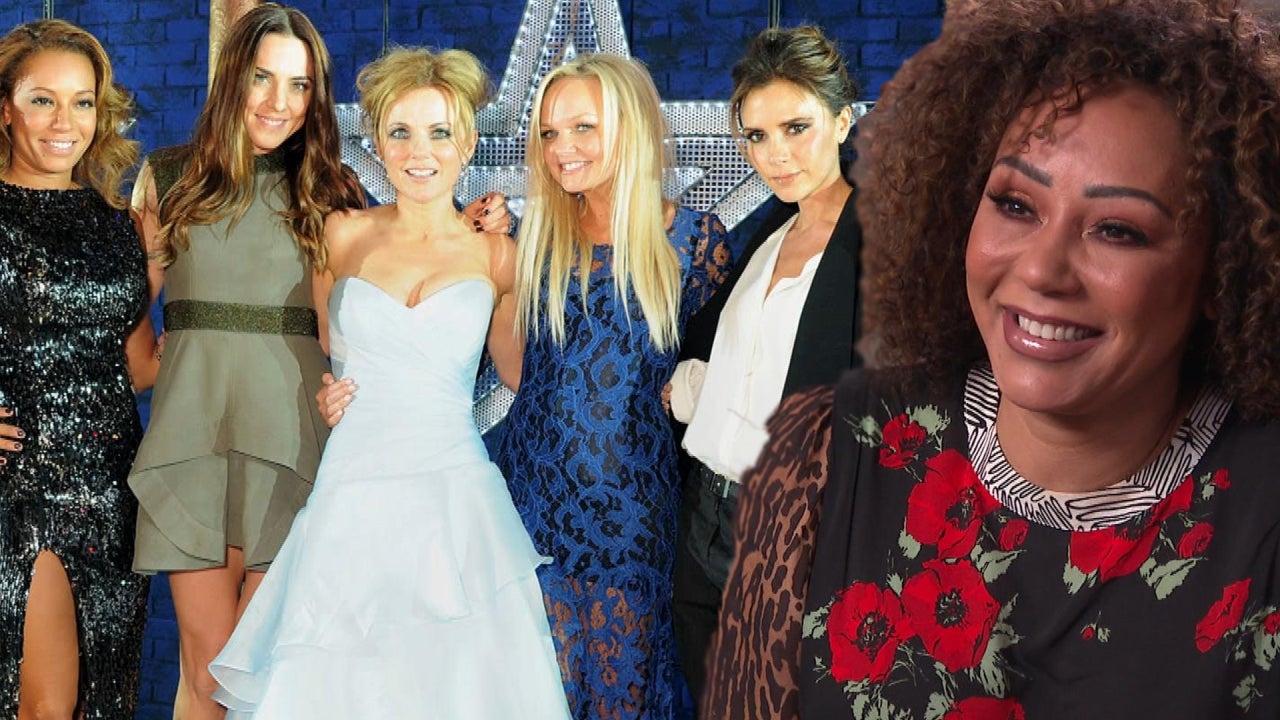 With the recent slate of musical biopics bringing real-life stories to the big screen, could a Spice Girls movie be in our future?

Mel B isn’t sure, but when the performer sat down with ET’s Rachel Smith to talk about her upcoming appearance on the extreme reality show Special Forces: World’s Toughest Test, she offered up a few casting ideas for who could play her and her fellow Spice Girls.

“I did just watch a movie called The Woman King with Viola Davis, and I want to join that tribe,” Mel said of who might take on her “Scary Spice” persona. “There’s so many great actresses out there — Viola Davis, Halle Berry, I mean, the list is endless.”

Joking that it might be hard to find an actress to play her, “’cause it’s a rollercoaster ride,” Mel also offered up Angelina Jolie to play Victoria “Posh Spice” Beckham and Kate Hudson or Goldie Hawn for Emma “Baby Spice” Bunton, before noting that her favorite option might be a group of unknown actresses.

As for the real Spice Girls, Mel promised that an announcement is coming soon about some sort of reunion that will involve all five original members of the group.

“COVID kind of set everything back,” she shared. “I can’t tell you exactly, but there’s gonna be something that is gonna be announced pretty soon… That’s gonna be a project that we’re very excited about, and [it’s] mainly for our fans.”

“I’ve been asked to do it a few times, but I just wasn’t ready for it then,” Mel said of the competition show, which is based on a U.K. series. She told ET that now felt like the right time to take on the physical challenge as she continues her emotional-healing journey.

“I was in a really horrendous, 10-year abusive relationship, and I’m seven years out of that now,” she shared. “This was me deciding to do it for my reasons, for myself, and for all the other survivors out there to show that… you can have gone through all that stuff, but you can come out of it the other side. You still have the scars to show, you still get PTSD, but you are still you, the essence. That abuse cannot take away your essence.”

“I’m proving a lot to myself, and I wanted to see where that person is before all that abuse happened, and she was right here and she’s getting better,” she continued. “She is in me, I’m getting more stronger, more confident… Also, most importantly, I’m raising three girls and I wanted to let them know — don’t stand for abuse, look how badass you can still be.”

Mel admitted that some of the Special Forces challenges were particularly triggering for her — for example, being yelled at by boot camp instructors or the controlling routines around dress and behavior — but said she left the show feeling more powerful than ever.

“I walked away from there like I could conquer the world,” she recalled. “I felt like Goliath. I walked away so empowered and so proud of myself.”

She also left the show with a host of new, unexpected friendships with some of her fellow competitors, including Jamie Lynn Spears.

“I love her,” Mel raved. “She’s got so much going on, but she’s so together and so relatable. She’s just a very honest person — what you see is what you get.”

“I got to know everybody really well, and I just adored everyone,” she added. “I avoid group WhatsApp chats, but I’ve made one for this group and we’re constantly in touch with each other — from Dr. Drew to Dwight [Howard] to Carli [Lloyd] and Nastia [Liukin]. What we went through together — because it’s only us lot going through it — it’s really bonded all of us. I’ve left with, like, a new family.”

Mel B Recalls ‘Quite Embarrassing’ Moment With Prince William