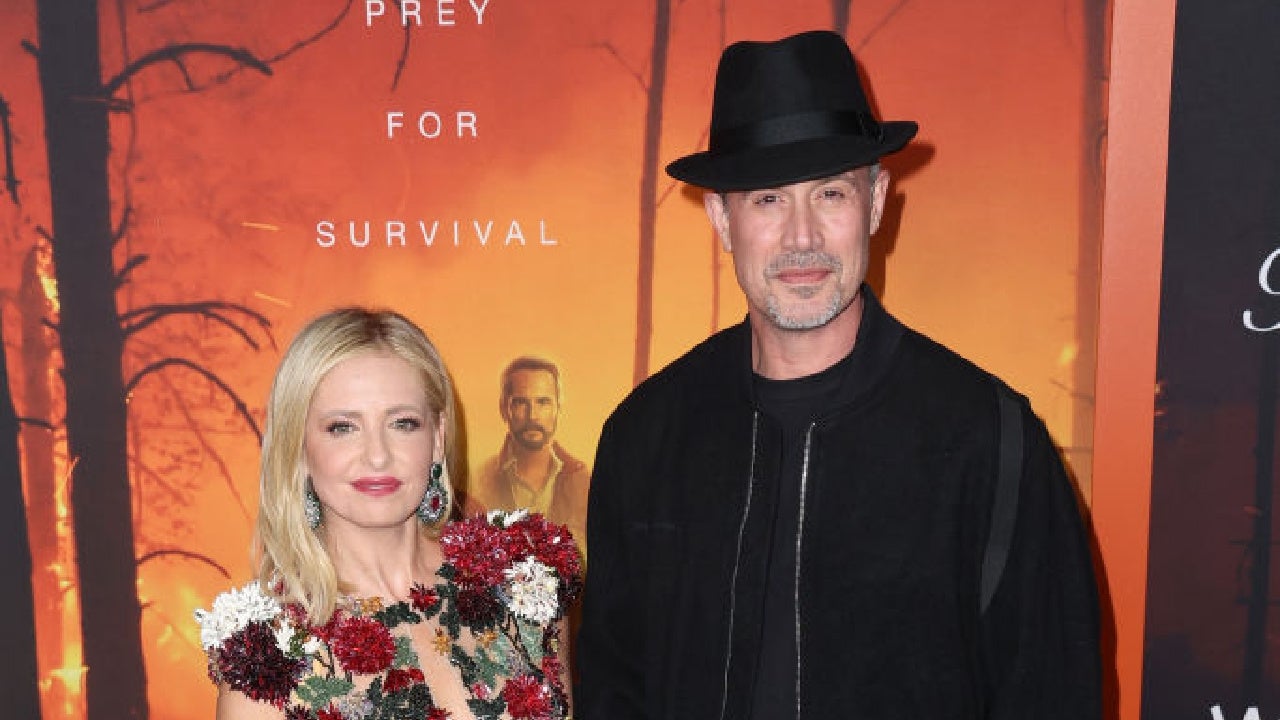 Sarah Michelle Gellar has nothing but fond memories of her time on Scooby Doo. ET’s Ash Crossan spoke to Gellar at the premiere of her new Paramount+ series, Wolf Pack, where she reflected on her time working on the hit film alongside her husband, Freddie Prinze Jr., and what it would take to get the mystery gang back together.

“I think they moved onto cartoons now,” Gellar said, referencing some of Scooby Doo‘s latest spin-offs, including the recently released Velma. “I think it’s like, all cyclical right? So, it’s like cartoon, live action — they’re back to cartoon now.”

While it’s been some time since the pair have worked together on-screen, when it comes to seeing Prinze Jr. on her new series, Gellar said, “you never know.”

“I think it depends on the story,” she explained. “I think you don’t wanna do things for the factor, just to surprise people. It has to be sort of innate for the show, so, you never know.”

Joined by a few of her Buffy co-stars on the carpet Thursday, Gellar did say that she has a few surprises up her sleeves when it comes to this new show.

Based on the book series by Edo Van Belkom, Wolf Pack follows a teenage boy and girl whose lives are changed forever when a California wildfire awakens a terrifying supernatural creature and drives it to attack a highway traffic jam beneath the burning hills. Wounded in the chaos, the boy and girl are inexplicably drawn to each other and to two other teenagers who were adopted sixteen years earlier by a park ranger after another mysterious wildfire. As the full moon rises, all four teens come together to unravel the secret that connects them — the bite and blood of a werewolf.

With a fairly young cast comprised of Rodrigo Santoro, Armani Jackson, Bella Shepard, Chloe Rose Robertson, Tyler Lawrence Gray and more, Gellar said it’s a two-way street as far as what can be learned on the set of the supernatural series.

“It’s funny, I was just saying yesterday that it’s not even so much my advice I feel like,” she explained. For as much as I can teach them, they have so much to teach me, and I try every day to look through their eyes and see everything as new and exciting, and it’s definitely a two-way street.”