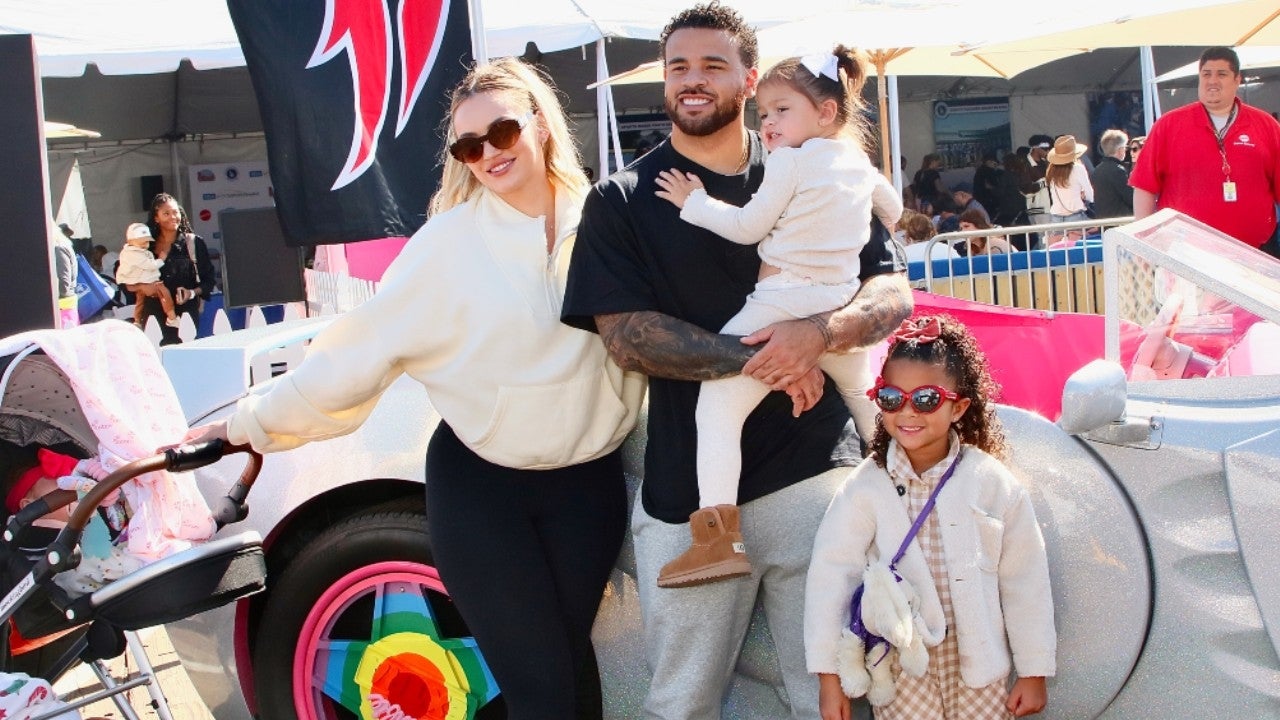 More than two weeks after his and Taylor Selfridge’s daughter, Maya, underwent open heart surgery, Wharton confirmed the 7 month old has been released from the hospital.

“I’m so thankful these past two weeks have been very up-and-down and have felt like a nightmare at times. But I always try to stay positive and being at the Children’s Hospital for two weeks & seeing some families who have been up there for months or years and some maybe won’t leave the hospital. I’m very thankful that we got released today.??? ,” he wrote in an update on Instagram.

He also shed light on what unfolded after Maya’s operation. “Maya had a successful Glenn procedure! But during recovery Maya had other plans. Mayas oxygen levels were lower than the doctors wanted it to be. 6 days after her Glenn she ended up back in the operating room for a Cath lab procedure to hopefully fix what they thought was the problem. It turned out that there was nothing to fix, which was great but it didn’t fully explain the oxygen levels being so low,” he wrote. “Trying to get her off the ventilator the second time around was a lot harder. After this roller coaster ride of emotions, I’m just happy & thankful to be home ?? Again just want to say thank you to everyone who supported us and prayed for us during this time, sorry if I didn’t get back to your messages, I was a little stressed out ? love you all ? What doesn’t kill you makes you stronger, and that’s what this did!”

In early January, he asked fans for prayers on the day of Maya’s open heart surgery to help combat her heart defect with a condition known as tricuspid atresia.

“The day is finally here @mayagrace.wharton has her open heart surgery today ?” Wharton captioned a selfie with his baby daughter at the hospital. “All I’m asking, is for everybody to keep us in your prayers and keep praying for her & the doctors that will be working on her heart ? We have been anticipating this day for so long all the anxiety that has built up for months. I just can’t wait for her heart to be fixed. Then we can move on from this chapter. Again thank you all, & I’ll keep you all updated ??”

He added a hospital video to his Instagram Stories, writing, “It’s time, all these months we’ve been waiting for today. It’s just an unreal feeling because you want her to be OK in the long run. But you don’t want her to be in pain that’s my biggest thing. Anybody that knows as a parent seeing your kid in pain and not being able to help is the worst feeling in the world.”

According to the Mayo Clinic, tricuspid atresia is a congenital heart defect where the valve isn’t formed between the two right heart chambers. The condition limits blood flow through the heart.

The condition has to be treated with multiple surgeries, but the majority of children who get these surgeries live into adulthood. Maya underwent her first surgery shortly after birth and is expected to have a third around 3 or 4 years old.

In addition to Maya, Wharton and Selfridge also share daughter Mila, 2. Wharton also shares daughter Ryder, 5, with his ex, Cheyenne Floyd. Wharton appeared on the MTV reality show alongside Floyd after their romance initially played out on The Challenge. He then moved on with Selfridge on the show.

But in June 2020, MTV fired Selfridge from Teen Mom OG, citing past “racist statements on social media.” The couple’s birth special with baby Mila was pulled from the network.

‘The Challenge’s Cory Wharton and Taylor Selfridge Welcome Baby No. 2