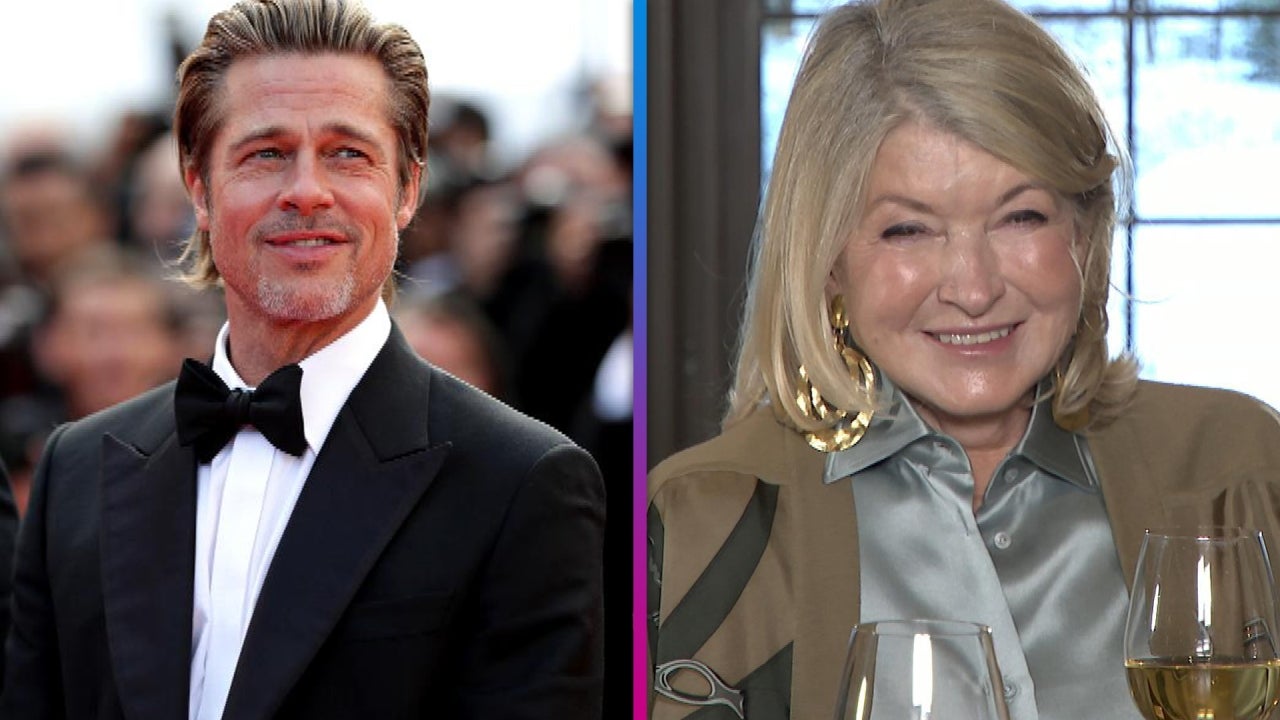 Martha Stewart is like the rest of us. She scrolls through Instagram, admires from afar, and she even crushes hard.

While sipping one some of her delicious 19 Crimes lighter chardonnay with ET’s Matt Cohen at her Las Vegas restaurant, the 81-year-old lifestyle expert took part in a little “Sip and Spill” game, and when it came to divulge her current celebrity crush, Stewart didn’t hold back.

“I was asked this question last week, it was Brad Pitt because I was looking at pictures of him on Instagram and he looks so great,” she gushed. “I think he’s aging beautifully. Sorry, Brad, you’re still young but you are getting older.”

For the record, Pitt’s 59. Whatever the case, if Stewart can’t land Pitt as a date, she’ll settle to have him on her popular podcast, a suggestion Stewart liked very much so.

“OK, that would be good. I would love that,” she said. “You know, he loves architecture and stuff. I could talk to him about a lot of things. He likes wine too.”

Stewart was also asked some other daring questions, like who’d she rather — Pete Davidson, whom she’s referred to as “sort of cute,” or Drake?

“I mean, it’s hard to choose,” said Stewart, who features both artists in pictures on her wall. “They’re very, very different people. One is a funny man. One is a song man. They’re very different and they’re both extremely attractive and pleasant and fun to be with. And charming fellows.”

Stewart, who in August opened The Bedford by Martha Stewart restaurant inside Paris Las Vegas hotel, also opened up a bit about her trip to Kris Jenner’s house, a trip that was featured in the family’s Hulu show this past season.

“Well, I only really spent almost the entire day at Kris’ house,” she said. “Kris showed me every square centimeter of her home, including her closets, her pocketbook closets, her handbags, her refrigerators, which are extraordinary. And her library. And Khloe came over and spent the day and we had lunch together. I was on the show they were filming us. I wasn’t even paying attention that I was being filmed, and then all of a sudden it’s on Hulu.”

Stewart’s special trip to Calabasas produced the best reaction from Stewart after Khloe told her about Tristan Thompson’s cheating scandal. Stewart’s reaction to Khloe telling her Thompson fathered a child with another woman while he was in a relationship with her?

Martha Stewart Has the Best Reaction to Tristan Thompson’s Scandal